Minister Cubillos criticizes the opposition by Ley Machuca: They aspire to what they have fought for years National 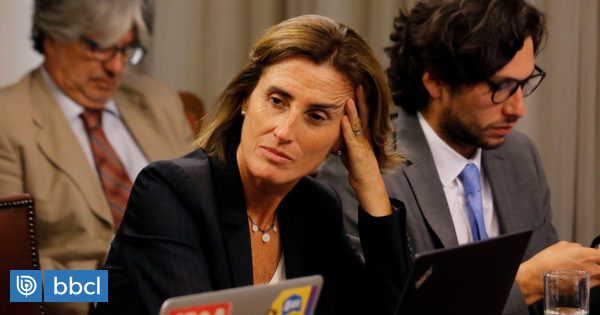 It was full critic of the Minister of Education, Marcela Cubillos, after the announcement of the opposition to promote the "Machuca law", Which consists of a" counter-proposal "to the project of Fair Admission of the Government.

According to parliamentarians, Machuca claims that the Private colleges paid receive up to 30% of vulnerable students, since the current legislation does not contemplate them, among other measures.

"For years they have talked about public education and in the end What they aspire is that the private colleges paid are educated to the most vulnerable, who have a profit, they select and parents pay (do not even 'co-pay') the tuition fees. Pure attributes that have been bent on fighting"He wrote.

They have been talking about public educators for years and, in the end, they aspire to be paid to the most vulnerable by the private schools that are paid, they have a profit, they choose and the parents pay (they do not even "co-pay") the enrollment fees. Pure attributes that have been bent on fighting. https://t.co/VFReVRV45J

From the gratuitous to Machuca

For the Government, education has been a headache since Gura, driven by the mandate of Michelle Bachelet, which also involved the School Admission System (SAE), to finish with the selection and co-payment of subsidized private schools.

Since then, a series of projects have taken place in the portfolio, dismantling even the emblematic "Safe Classroom" plan, which was transformed into "School Coexistence" and then modified again.

However, in terms of selection and gratuity, the Government once again promoted its proposals, launching "Fair Admission", As opposed to the SAE, following the criticisms of some pro-government proxy and parliamentarians.

Admission Just proposes to return to the selection of the high schools of excellence, the interviews with proxy and the "academic merit", reason why said project was rejected by the opposition, when assuring that "favors the schools and not the students".