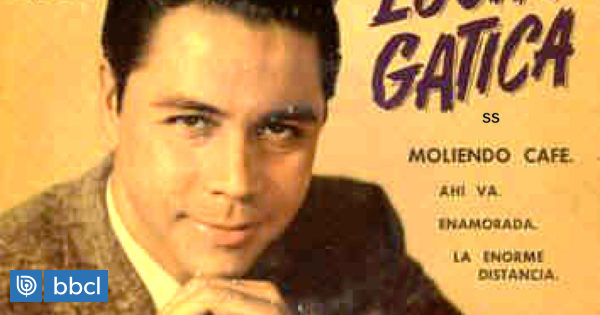 Chilean singer and actor Luco Gatic, known for his performances of romantic Bolero, died on Tuesday at the age of 90 in Mexico, where he moved several decades ago, his family said.

"Good trip! I love you …", wrote his Instagram account, Luis Gatica, his son, also based in Mexico, following a message with a image of black virtue in sadness.

The singer died accompanied by his family and due to generalized decay due to his advanced age.

Born in Rancagua on August 11, 1928, Gatica gained international fame in 1950 for the interpretation of romantic melodies such as Canela Skin, Contigo en la distancia and Besame mucho, which led to international knowledge. as "King Bolella".

In our country, authorities complained about his death. The government has set a day of official mourning in honor of one of the most famous national singers.

"King Bolero" filled us with emotion and pride with their music around the world. He was and will be the great ambassador of our country, "said Minister of Internal Affairs and Public Security Andres Chadvick.

For his part, Consuelo Valdes, Minister of Culture, highlighted the artist's "huge talent", which led him to conquer "the great stages of the world, leaving an indelible mark in the music genre".

His first successes led him to go to Latin America and make the decision to move to Mexico in 1957, from which his artistic career made a final impulse.

In Aztec countries, where it has been for more than two decades, the Chilean singer has become a star and triumphs at all levels, with melodies like "Do not talk to me anymore," "You're used to me" and "Turn off the light", among other things.

He also entered the Mexican film industry, shared scenes with celebrities such as Agustin Lara, Libertad Lamarkue and Pedro Vargas.

His fame in those years was shown even in the literary work of the author, such as the Peruvian Nobel Prize Mario Vargas Llosa.

Gatica was awarded the Latin Grammy Award for Excellence in 2007, and in 2008 it became a celebrity star on the famous Hollywood Walk of Fame.

In Chile, she received the Order of Merit Gabriela Mistral and the Chilean Copyright Association (SCD) called her basic music in 2007.