Story of a rescue: how the debts of Gonzalo Vial Concha were sold 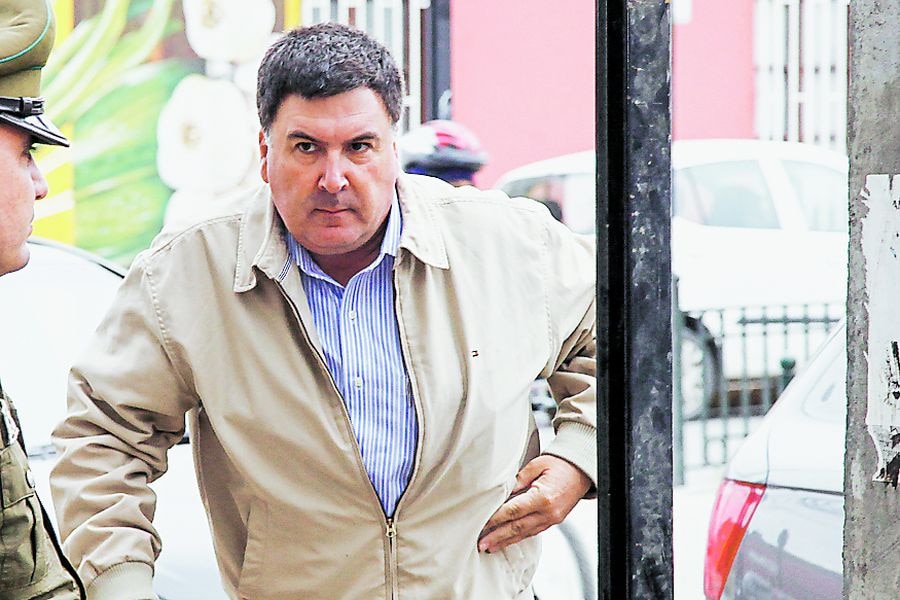 Two minutes before midnight. At this exact time, at 23:58, the banks received a PDF document signed by Nicolás Larraín, partner of the fund manager CHL, accepting an agreement by which one of its investment vehicles will buy debts for $ 290 million at 40% of its value. With this, the banks will no longer be the creditors of the companies of Gonzalo Vial Concha -Graneles de Chile and Agrogestión Vitra- and will transfer their loans to CHL: in return, they will receive an immediate payment of US $ 116 million and will be able to recover a another 25% eventual with future dividends that will receive Via of Agrosuper, the alimentary group that controls his father, Gonzalo Vial Vial.

Reaching this final formula was not easy. Negotiations were intense and on Thursday the meetings for the remote communications platform Teams came to bring together almost twenty people simultaneously.

Vial companies accumulated debts of more than US $ 600 million years ago with the bank. In 2017 it renegotiated and reduced its debts to US $ 290 million, with nine banks. But he was unable to pay and rescheduled six times. In October 2020 it was last postponed to March 16, a deadline that became due on April 7. Meanwhile, Santander, a creditor claiming $ 60 million, filed lawsuits and tried to involve Gonzalo Vial Vial and Agrosuper in paying their son’s debts, forcing the distribution of dividends from the group. In front of the hard and tough position of Santander was added in recent days the Bice, creditor for US $ 11 million.

In this rarefied environment CHL appeared. He first offered to buy the debts at a third of their value, but the banks found it unacceptable to withdraw.

CHL is a financial company formed by Canio Corbo Atria, son of Canio Corbo Loi, director of Agrosuper; Tomás Hurtado, son of the businessman Nicolás Hurtado Vicuña; and Nicolás Larraín, son of the former president of RN, Carlos Larraín. The firm was interested in the bulk group not falling: its funds have financed operations of the companies of Vial Concha, a grain trader that also supplies Agrosuper.

Following the banks’ refusal, CHL improved its offer and on Wednesday announced that it was willing to pay 40% of the value of the debts. To this was added the willingness of Vial Concha to pay another 25% to the extent that it receives flows from Agrosuper.

The banks then changed their disposition and flattened out an agreement. Less the Bice, which demanded a better offer. At 8pm on Thursday there was no pact and the banks were working on another formula: a simplified judicial reorganization, which requires in courts the approval of two or more creditors who have more than 75% of the liabilities. It was the alternative and expeditious path, because CHL’s offer required unanimity from the nine banks and expired at midnight on Thursday. “The deal was evicted,” one negotiator says. The parties renegotiated. And Bice, that night, ended up giving in. After 10 p.m., according to a negotiator, and pressured by his peers, he gave his final approval under the terms of the agreement.

Thursday’s negotiation had many people, but two leading counterparts: Nicolás Larraín, for CHL, and Sergio Guillier, manager of the business risk area of ​​the Banco de Chile, the banking union of the banking union. But lawyers also took part in the virtual meetings -Ricardo Reveco, head of the Santander judicial offensive, and Pedro Pablo Gutiérrez, for Scotiabank-; the standardization managers of Chile, the BCI, Scotiabank, Itaú and Santander; the lawyer Nelson Contador, specialist in judicial reorganizations and adviser of Vial Concha, and at least three executives of the Granels group: its general manager, Joan Pau Correa; the finance manager, Rodrigo Astele, and the director Fernando Pacheco.

One last provision was the most complex. The banks’ suspicion was high and they feared that Vial Concha himself or his family would be behind CHL’s offer, in order to get rid of more than half of the debt. Nicolás Larraín promised that the Vials were not involved in the business and claimed that CHL had 157 contributors in its funds, recalls a witness to Thursday’s hectic talks. Although it had no legal effect now, some banks demanded papers. And Larraín agreed. By mail he sent a text signed by him, in which he declared that there was no commercial agreement with the families Vial Vial or Viària Concha that would allow them to benefit from the assignment of the credits. The final two-faceted document with the terms of the agreement arrived at 11:58 p.m., almost at the cut of time.

Thus, CHL will pay 40% once the assignment of credits, via a notary, is formalized in the coming days. In addition, the dividends that Gonzalo Vial Concha – who backed the debts of his companies in 2017 – will receive over the next six years from the controlling companies of Agrosuper, must be divided equally between CHL and the banks. Once this deadline has passed, this right for banks ends.

And this will also end the bitter and publicized dispute between Santander and Gonzalo Vial Vial, whom the bank accused in court of hindering the economic flows of Agrosuper to his son. This court dispute, two lawyers say, will end by default. Santander will sell its credit to CHL, cease to be a creditor of Vial Concha and, in legal language, will no longer have active legitimacy to litigate against the owner of Agrosuper. P