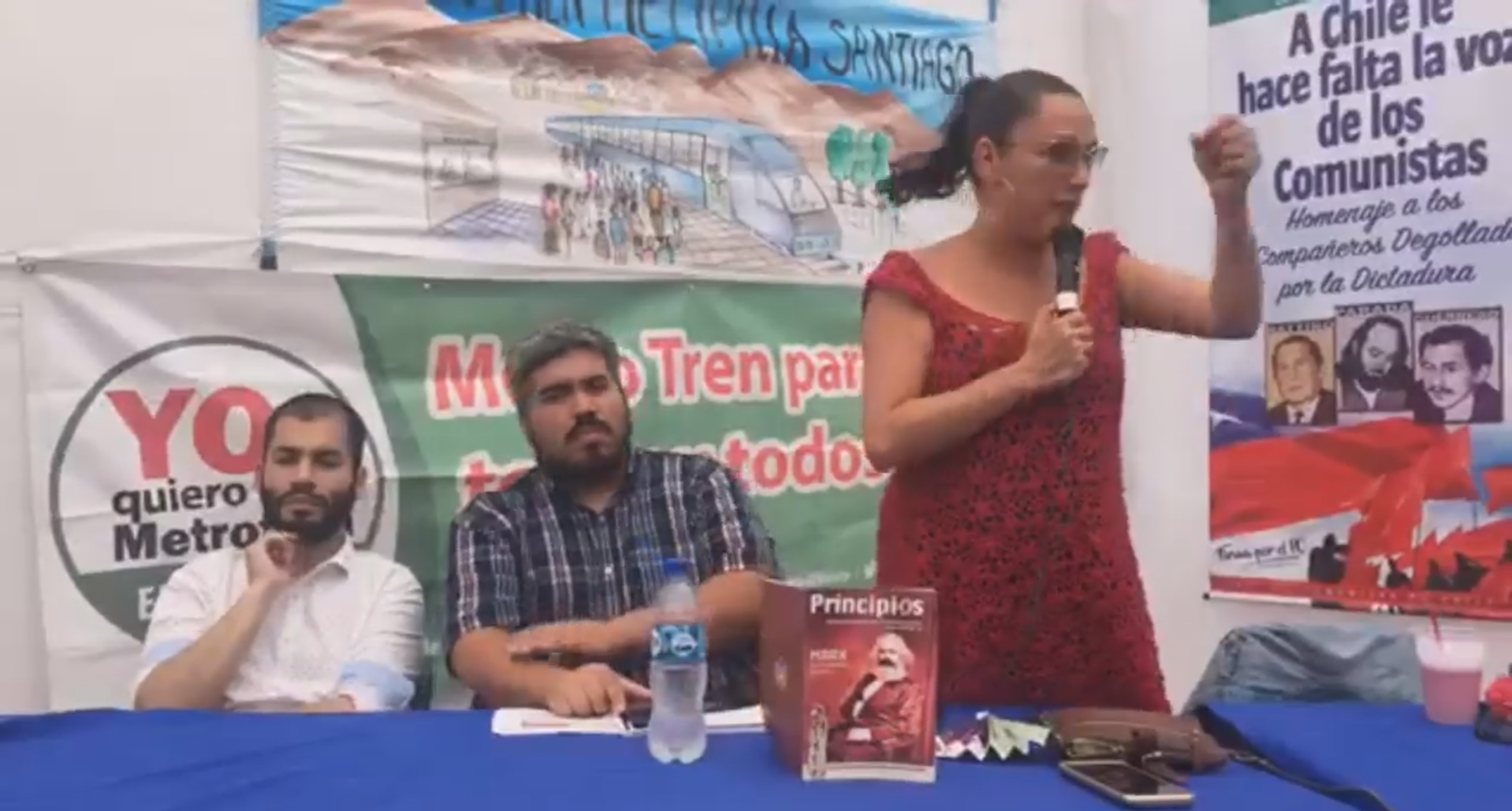 A tough statement issued by the deputy of the PRO, Marisela Santibáñez, during version number 31 of the Celebration of Hugs, an annual meeting organized by the Communist Party.

Delivering his support to the deputy Gabriel Boric after the polemic pole that he received with the image of Jaime Guzmán shot in the head, the parliamentarian attacked the founder of the UDI.

See also: Boric and the polemic pole with the image of Jaime Guzmán: "I have to take charge of the lightness of my reaction"

"I do not care if the news is being debated by his pulleys with the face of Jaime Guzmán, because if I was as radical as I am, I say the dog is dead. And forgive me those who believe that it is not like that, but the dog is dead "Santibáñez said, a statement against the microphone that generated applause at the audience.

"This is what I say, and I say it with conviction", remarked in the instance developed on Sunday, January 13.

See also: Daniel Matamala on Boric: "From him, empathy is expected by the debtors and responsibility before a cowardly murder"

Following the new publication of the 2016 Boric interview for José Antonio Kast, In which he receives the controversial gift, a series of critics on the right followed, including a showy protest in which parliamentarians of the sector hung the picture of the questioned moment at their desks.

"Your facts deny your apologies," was the phrase that contained the posters placed in the chamber.

Boric became responsible for his later days, although from the Autonomous Movement his spokesman, Stephanie Peñaloza, After sharing the criticism of the deputy's reaction when receiving the pulley shot against the trade unionist.

"The UDI took more than 30 years to modify that the dictatorship had violated human rights. There is a radical difference. In addition, the UDI is the party of the dictatorship in Chile. Therefore, that the right comes to teach us how to apologize I think it's a bit ironic "he said.