They order the withdrawal of 3,000 boxes of Chilean fruit in the United States before suspicion of listeria 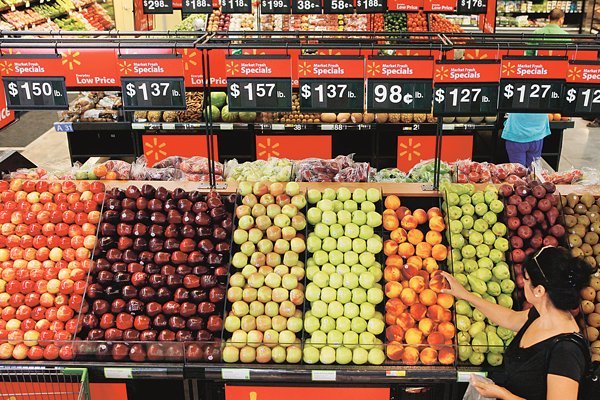 The Rio Duero exporter was the one who alerted the authorities after a routine check. Minister of Agriculture emphasized self-denunciation and said that the impact is limited.

The Food and Drug Administration (FDA), the chief food and drug controller in the United States, decreed the withdrawal from the supermarkets from a fruit shipment from Chile for a possible listerial contamination yesterday.

The measure of the organism was applied in 18 states of this country and involved a total of 3,300 fruit boxes belonging to the Riu Duero exporter. Also, the case involved the company Subsole, one of the leading fruit players at the national level that provides packaging services to its Maipo plant, and motivated the reaction of the Minister of Agriculture ; Agriculture Antonio Walker, who came out to clarify the scope of this episode and affirmed that its impact is imitated (see related note).

The alert was lit yesterday after the well-known determination of the FDA – which includes large stores of supermarkets, such as Walmart, Costco and Aldi, among others – that detailed a list of products marketed by Riu Douro that considers 727 drawers of peaches, 1,207 drawers of nectarines and 365 plums of plums, distributed in Alabama, California, Georgia, Illinois, Kentucky, Maine, Massachusetts, Michigan, Mississippi, New Jersey, New York, North Carolina, Ohio, Pennsylvania, South Carolina, Tennessee, West Virginia and Virginia

On your Internet site, the FDA advised consumers who bought these products to return them to the appropriate locations to demand their reimbursement.

While the notice is informed by this body, it was solved by the wholesaler company distributor Jac. Vandenberg, buyers of the Rio Duero fruit.

The measure of the FDA focused attention on Duero River, a company that has an extensive presence with plantations from Vallenar, to the north, to Osorno, in the south of the country. In his first reaction, sources of this signature recognized the presence of the bacterium in shipments to the North American market, but they indicated that the origin of the contamination was in the plant of Island of Maipo de Subsole. To this last company they are linked a group of eminent entrepreneurs, such as Miguel Allamand and Eduardo Rodríguez -the founders-, the brothers Prohens Espinosa, Santiago Correa and the Ariztía group.

With the run of time, both companies and Minister Walker detailed the steps that followed in this case. First, Duero River indicated that they gave notice to the FDA between January 10 and 15, after confirming the health risk at the end of December before a warning from Subsole informing the presence of the bacteria.

At this time, the sources of Riu Duero said they proceeded to "inform the FDA for the immediate destruction of the cargo" and added that "in the gravity of what has happened, paralyzed any process of packaging In force and future with this plant ".

This is not the first time the US decrees the withdrawal of Chilean products from its market. The most emblematic happened in 1989, where the discovery of two grains of poisoned grapes with cyanide, the US government banned the importation of fruit from our country.

And in 2013, the arrival of salmon grown by the Norwegian Marine Harvest in our country was suspended after the discovery of a cancerous chemical (violet crystal) in a load of this product.