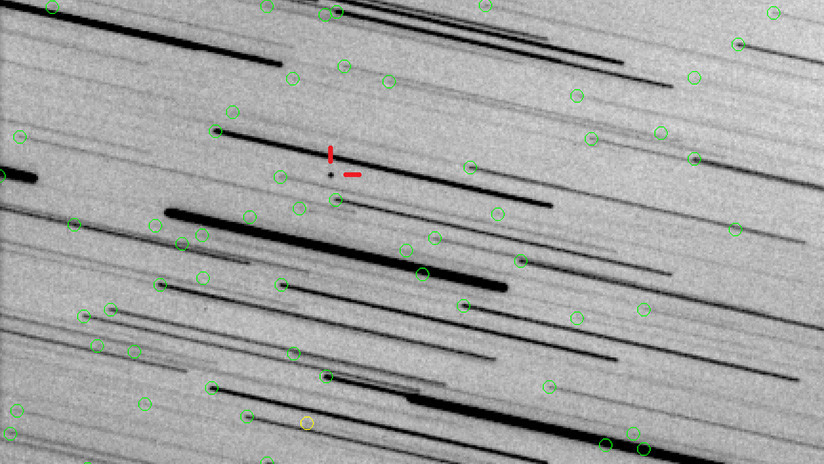 A group of astronomers has discovered a mysterious object that is orbiting the Earth in a "chaotic" way, and that it could enter the atmosphere of our planet here in a few months.

The Northolt Branch Observatories in London reports that the object, A10bMLz, was first seen on January 25 using the ATLAS telescope, located in Hawaii (USA). The specialists in this observatory consider that this is a "piece of lightweight material", Probably metallic paper, left after the launch of a rocket, but they do not know when and where this release was carried out.

Astronomers have called the A10bMLz object as a "Empty trash bag"This mysterious body would have several meters wide and we would weigh less than 1 kilogram. The uniqueness of this object is that Earth is orbiting in a orbit "unusual and retrograde", At an average distance of 262,000 kilometers.

"The orbit is highly elliptical, with a perigee just 600 km above the earth's surface and an apogee 1.4 times farther than the Moon, "said the observatory, and further notes that the small mass of the A10bMLz makes it susceptible to the pressure of solar radiation, changing its orbit of" Chaotic way in time scales from days to weeks".

As a result, astronomers emphasize that it is impossible to predict the future trajectory of the object with reliability. Although they do not rule out what they can return to the Earth's atmosphere Within a few months.

"In the news, We have no idea of ​​the origin"From A10bMLz, the astrological software developer Project Pluto also insists, noting that it has records of a recent lunar flywheel. However, it compares the object's orbit with the d & # 39; a plastic bag

"This is mainly because His past trajectory is really uncertain. Like an empty garbage bag on the street, it can be moved in zigzag in unpredictable ways (driven by the wind), "explained Project Pluto, without speculating" when it could hit the Earth or the Moon or abandon the Earth-Moon system ".

This is not the first time you've found an empty garbage bag & # 39; orbiting our planet, but the first one with such a distant orbit.