July 31, 2021, Xining: The premiere and award ceremony of the ultra-short vision competition VISION + 2021 of 2021 was held in Xining. 23 outstanding short films selected for the first time were screened, including the documentary “If You Can” filmed by young director Liu Kuan with the messenger as the winning protagonist of the annual short film; Zhou Shengwei’s work “We fall in love” won the jury’s award, young creator Ying Zhaoyi, who was selected for two consecutive competitions, won the Humanities Creation Award for his short film “Hot Pot “, which reflects the lives of urban youth. This year’s competition also added three special prizes to the judges, namely,” Hide and Seek “created by Guan Tian,” Fictitious Life “directed by Li Xiaoliang and Zhang Tianyi and “Fireworks” by Yu Lei.

Premiere of the VISION + 2021 short film competition and awards ceremony

At the awards ceremony, Li Zi, co-founder and CEO of the FIRST Youth Film Festival, delivered a speech: “The cooperation between FIRST Film Festival and vivo is based on the integration of the concepts of both parties. We hope that with the development of science and technology, the humanist spirit will make our lives more interesting, rich and diverse. “ 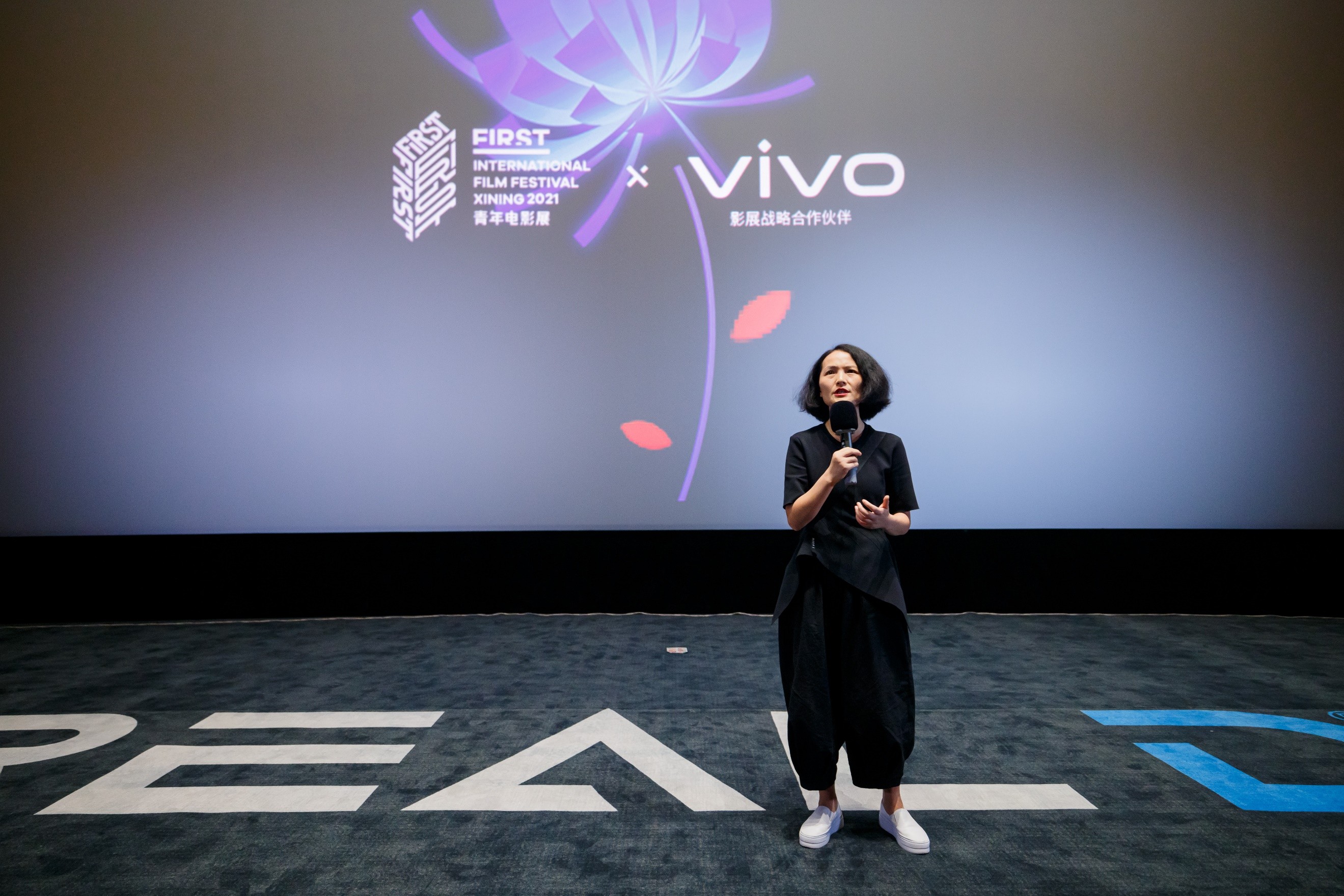 Speech by Li Zi, co-founder and CEO of the FIRST Youth Film Festival

Nie Haibo, the director of public relations for the vivo brand, expressed his expectations about short films in his speech: “Vivo uses image technology to connect different expressions and continue to expand the empowerment of creation when” everyone is creator. ”This professional competition unit can become a model and standard for image exploration on an international scale. It also allows live humanistic practice to reach out and truly influence more people who like to express themselves. “

The award-winning works of this year’s ultra-short film competition are based on different themes and forms, but in the pint of the relationship between the individual and others, with the world and with oneself, it is clear that the creator is real and abundant emotions explode in the narrative of the everyday meaning of the film., This also fully reflects that in the limited time of 5 minutes, each creator uses his personal language of lenses to interpret the proposals of creation of images defended by competition, focusing on the present and the return. to everyday life.

This year’s ultra-short film “If You Can” focuses the camera on the regular workers around us and records the story of a messenger who also struggles with life and achieves comfort in family and love. In the last follow-up plan, the protagonist drives the family bike at night and the subtitles show his desires and sighs, conveying a true and simple but at the same time touching power. 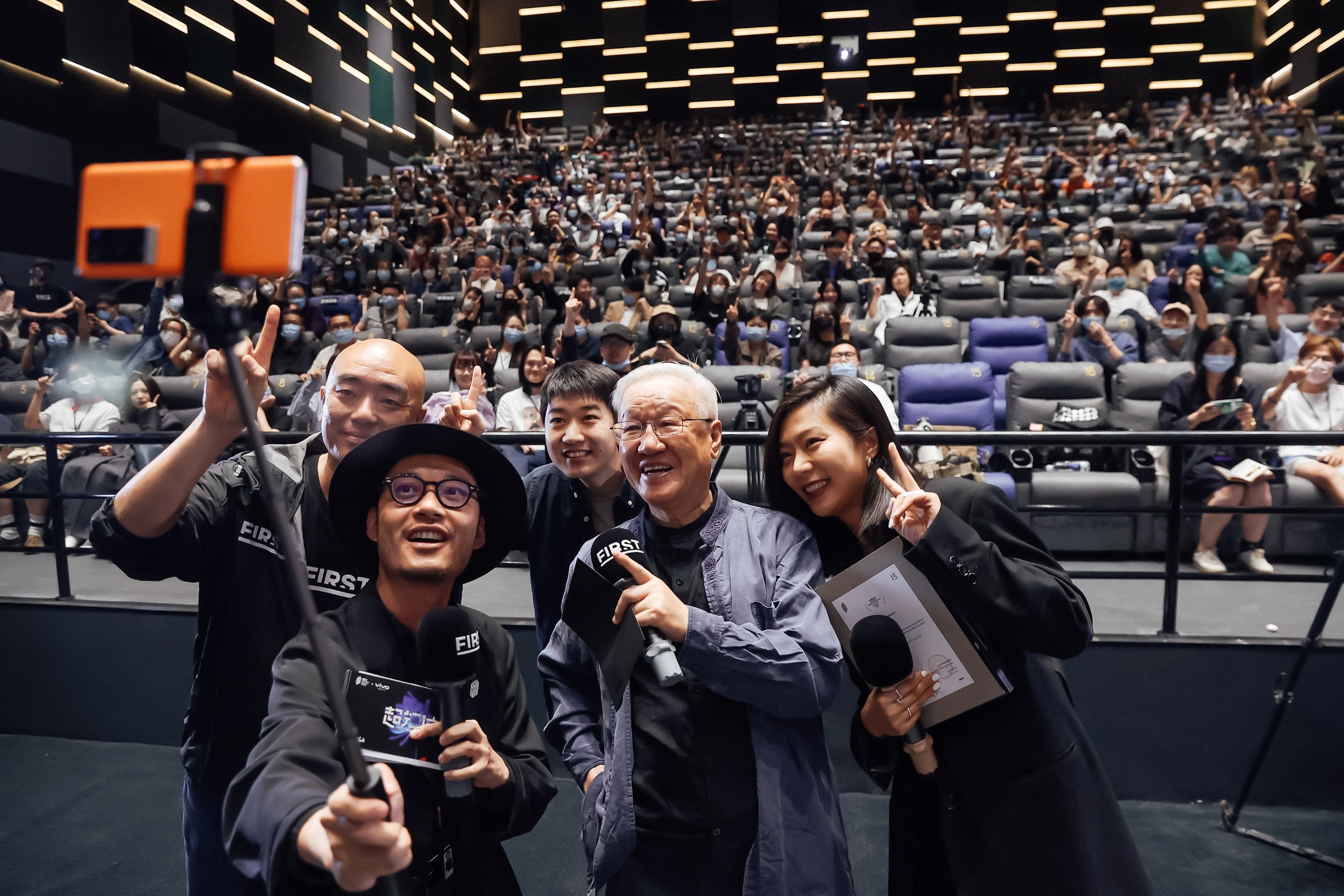 “If You Can” by Liu Kuan, the award-winning ultra-short film of the year

The play “Hot Pot”, winner of the Humanities Creation Award, shows the typical life of contemporary urban youth. Fortunately, there are friends and family. The monologue, veracity, and humor, along with stop-motion animation and the interspersed real scene, formed the creator’s strong narrative style. Returning to the present, rediscovering the intimate relationship between me and the neighborhood, the self and others is the spirit needed in this era, and it is also the answer to the humanistic expression of vivo in the field of the moving image. . 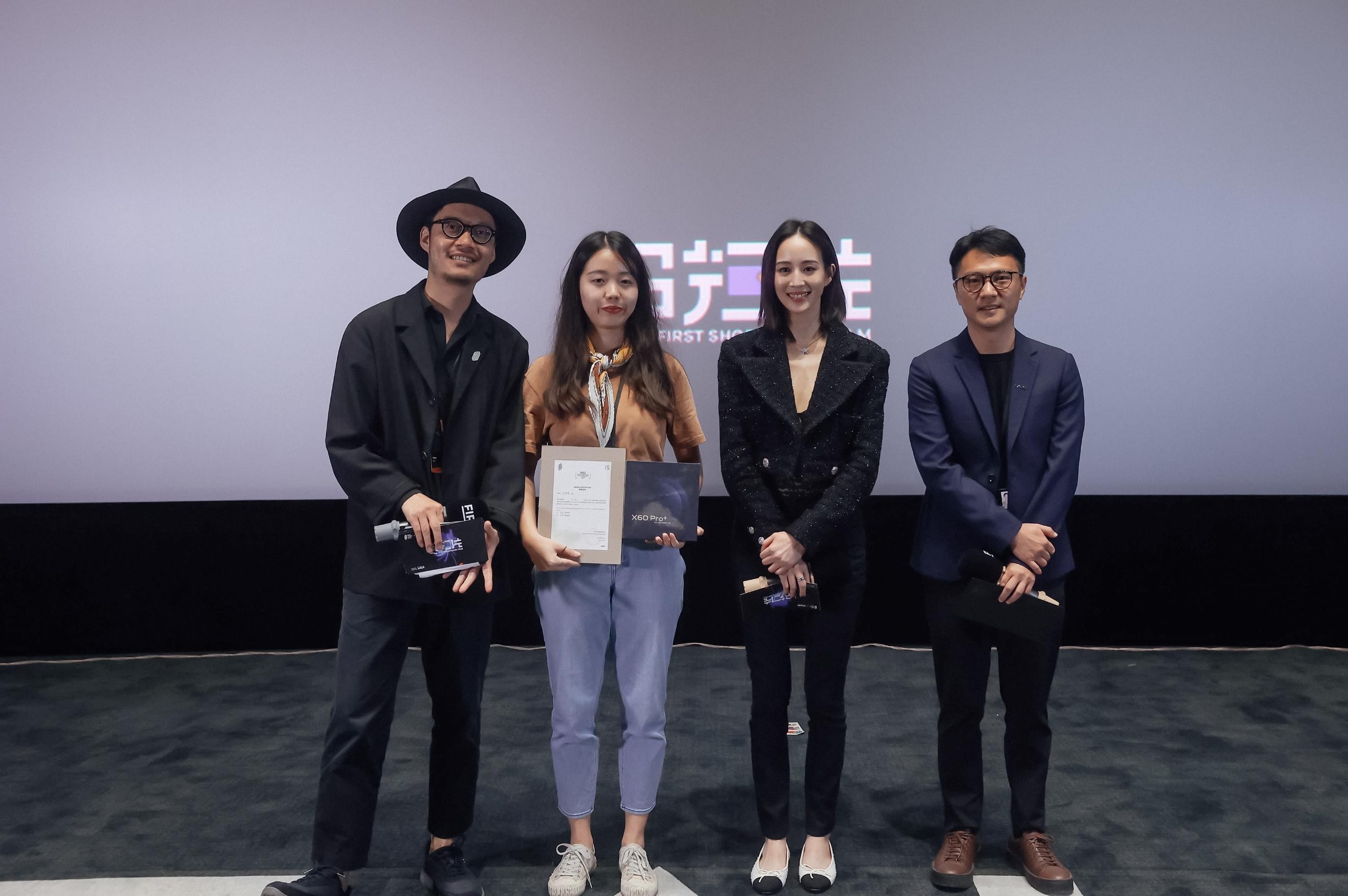 This year’s jury award was given to Zhou Shengwei’s surrealist work, “Let’s Fall in Love.” During the outbreak, the director used a home monitor as a medium, with almost black and white image quality and a panoramic view of the camera, and I re-examined the camera. What is better to say is that during the difficult period of the epidemic the director showed his own sense of humor and imagination, in order to invite people to always have a longing for life and love of everyday life. 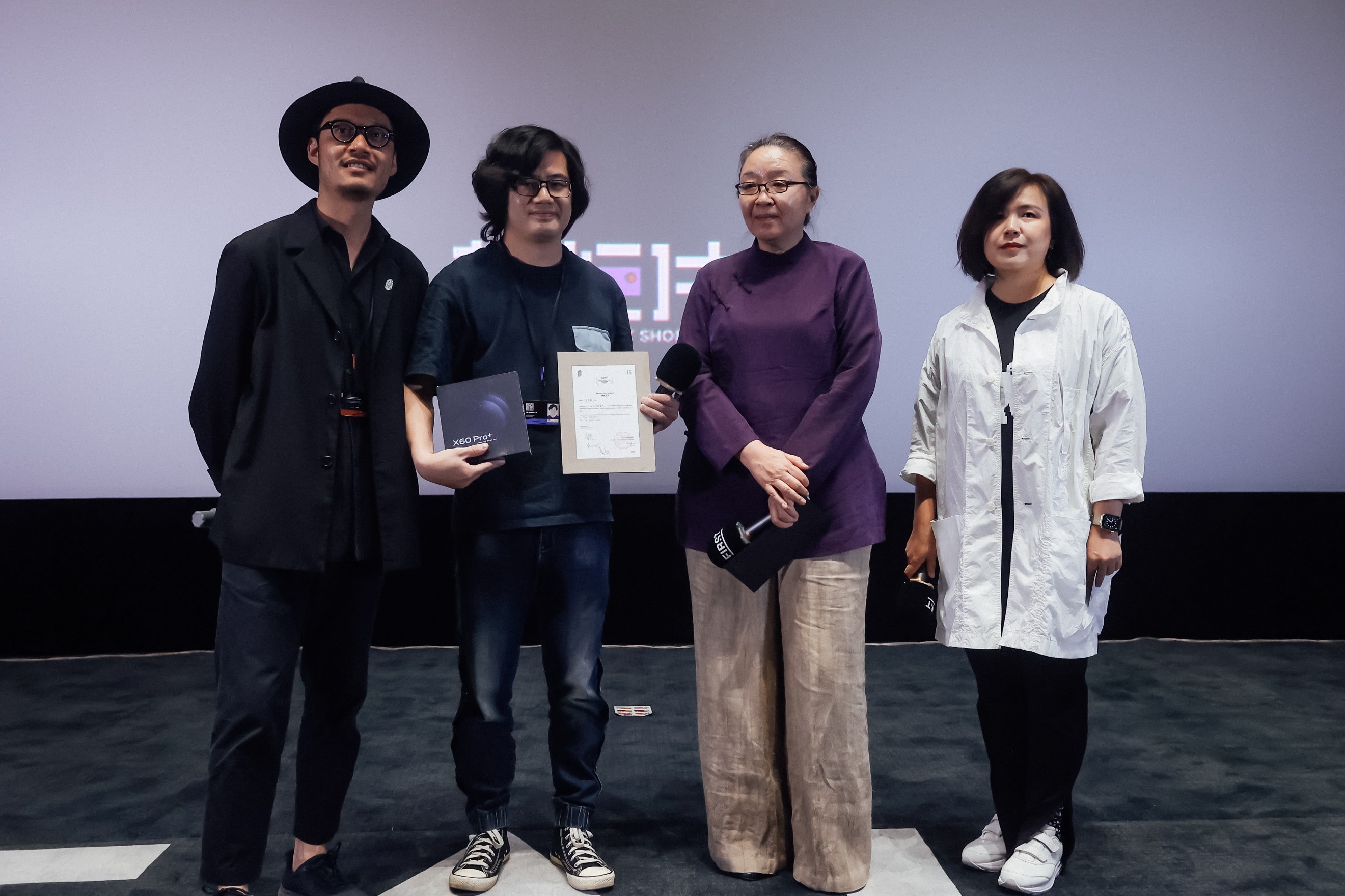 The three judges of the competition, Dai Jinhua, Cao Fei and Huang Xuan, also gave positive comments and encouragement to the three films on the list. The first short film “Virtual Mingming” by the well-known photographer Li Xiaoliang, which was shot with a mobile phone, focused on the phenomenon of live broadcast on broadcast media. Due to the metaphorical importance of the time and the characteristics of post-network aesthetics in his work, he received a special mention award from the jury. In addition, Guan Tian’s “Hide and Seek,” which explores family relationships, and the distinctive visual form of the splicing of three cell phones also impressed judges, saying the work’s awareness of the audiovisual language of traditional film and exploration of media and new languages ​​are sufficient. In another “Fireworks” work that won a special mention from the jury, creator Yu Rai used the specific details throughout the film to shoot, with the part of the character exposed, explaining a heartbreaking and inverted figure that in the end is warm and affectionate story. 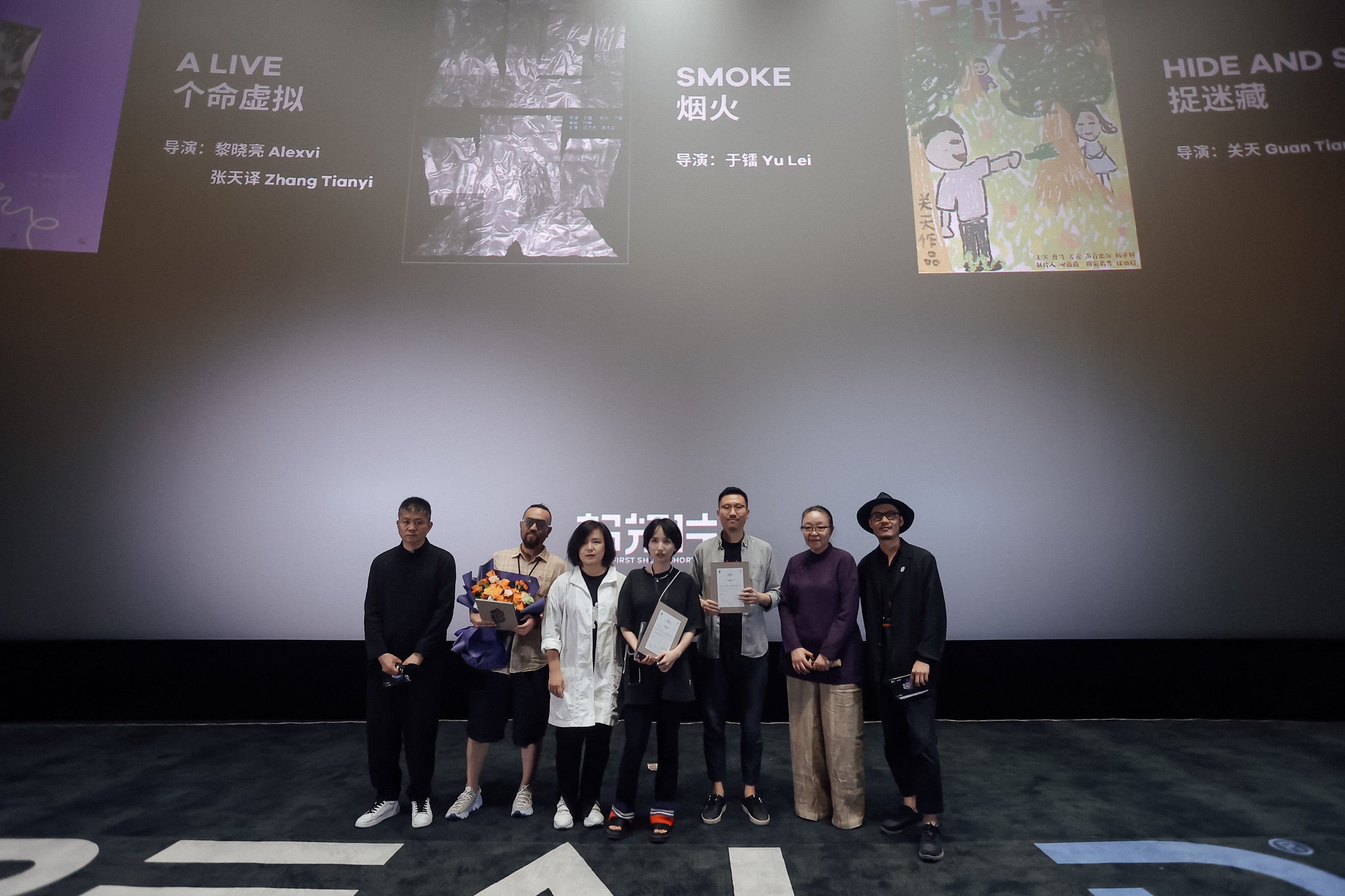 The selection of filming equipment for the overall work of the 2nd Ultracort Film Competition also revealed a preference for more portable and flexible mobile imaging equipment: the proportion of using mobile phones to shoot short films increased by 148% compared with 2020, of which the proportion of using live phones to shoot increased by 157% *. As award-winning guest actor Janine Zhang said, “When family and friends are close, not everyone stops you from grabbing portable mobile devices as a tool of expression. The meaning of life on this record is very real.”

In this selected and award-winning short film, the strength of the vivo X60 Pro + image has been re-checked. The excellent anti-shake video technology means that there are a large number of shots that follow the movement and march of the protagonist in “Hot Pot” presented in an exceptional way. The silhouette of the messenger running in the dim light of the “If You Can” stairs was also successfully captured. Vivo’s night scene video, HDR video and professional video mode are also reflected in both films. It is worth noting that the whole process of “Water Ghost” directed by Wang Jiuliang was filmed by vivo X60 Pro + and the dark underwater world was clearly restored. . “Insight” by young video artist Ma Haijiao involves setting up the mobile phone’s desktop, operating interface, and rear camera in a colorful digital world of mobile phones, which fully reflects the unique narrative medium of mobile phones and offers free space for to creative expression and editing. .

There’s also “Where to Go Today?” A total of 23 excellent short films were also screened at the ceremony, including “Fireworks,” “Please Don’t Tell Her,” and “Summer Slices.” On the evening of July 31, These pre-selected works will be screened outdoors in Xining Square in Guozhuang during the FIRST Film Festival. More fans and audiences will feel the experimental spirit of the short filmmakers and the “humanist joy” conveyed by the works. “ 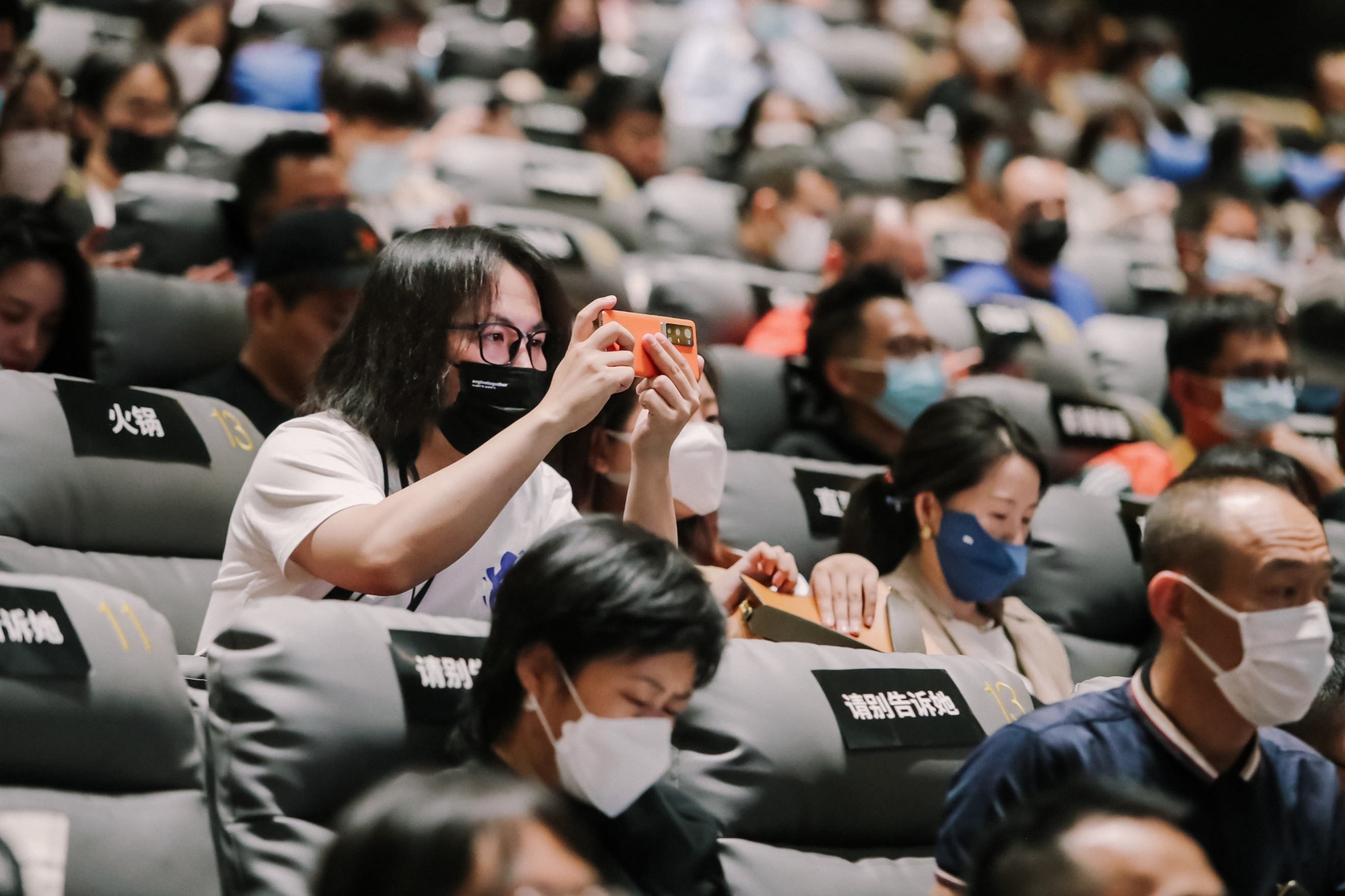 Go back to the main page of Peninsula.com >>

The Museum of Russia holds a creative exhibition. All the exhibitions are made with waste products: Channel 8 News and Current Affairs

Evergrande crisis: stock prices soared under bailout and self-rescue, but not yet out of BBC News situation

Su Bingtian: The media saying we can’t do this is nonsense. Write some positive energy! – Sina