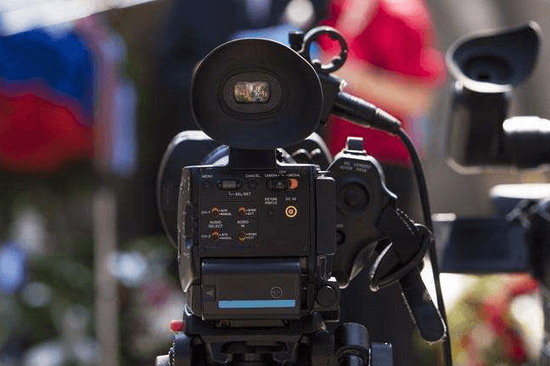 Original title: Sinopec "black swan", event in which the profit of 2018 reached a new maximum of 5 years

Recently, Sinopec published the 2018 performance report and the progress of the investigation of the loss of the wholly owned subsidiary of United Petrochemical Hedging Business. According to the announcement, the company expects net profit in 2018 to reach 62,386 million yuan, a year-on-year increase of 22.04%, a record high of almost five years. The operating loss of Petroquímica Unida in 2018 was around 4.65 million yuan. However, compared to the international oil price, in the year 2018, the United Petrochemical Company saved about 6,400 million yuan in the cost of the purchase of crude oil imported for the company's refinery.

Industry researchers told reporters "Securities Daily" that Petroquímica Unida is mainly engaged in imports of crude oil, it is a crude oil company in the long term, coverage management is not wrong, but 4.65 million yuan are the data of annual operating losses of United Petrochemical, this future It is still unclear how much is the actual loss of coverage, and if the amount of coverage corresponds to actual import is the focus of attention .

According to the production and operation data disclosed by Sinopec, the company's oil production was 289 million barrels in 2018 and the crude oil processing volume was 244 million tonnes (crude oil processing data is they converted in 1 ton = 7.35 barrels and the volume of processing was about 1,793 thousand barrels). As a result, imports of crude oil from Sinopec in 2018 were about 1,504 million barrels (some 205 million tonnes), and imports accounted for 84%.

Sinopec announced that, compared with the international oil price, the United Petrochemicals saved about 6.4 million yuan in 2018 the cost of buying imported crude oil for the Sinopec refinery. Starting with the import of 1,505 million barrels, compared to the international reference oil price, United Petrochemical last year saved 4.25 yuan per barrel of oil (saving 31.22 yuan per tonne).

With regard to the loss of unitary petrochemicals, Sinopec announced that it was mainly due to the bad decision of the international oil price trend, and some of the commercial coverage strategies were inappropriate. .

However, Sinopec did not reveal the specific amount of losses in the future, it only revealed that the joint operation of Union Petrochemical in 2018 was about 4.65 million yuan. Industry entrepreneurs expect the loss of future joint petrochemicals to nearly 10 million yuan. "But, you have to look at the specific number of tanks."

With regard to the amount of losses on the side of futures, the Securities Daily reporter contacted Sinopec and said that there is no more information available.

In fact, the business coverage of a company depends on the benefits of both ends of the period, and not only can losses be calculated in the future.

With regard to the cost of importing crude oil of 6.4 billion yuan, the insiders of Sinopec told reporters "Securities Daily" that "each barrel of oil saved about 4 yuan, the short-term oil contract The gross company has this advantage and has little to do with the coverage of futures. " He said that it can not be interpreted simply as the "loss" of United Petrochemicals of 4.65 million yuan while "doing" 6.400 million yuan.

You have reported that since 2014, United Petrochemical has bought imported crude oil for Sinopec refining companies in a self-financing way. According to the annual report of Sinopec, from 2014 to 2017, the net profit of the United Petrochemicals was of 4,069 million yuan, 2,515 million yuan, 6.17 million yuan and 3.853 million yuan. Although the company's performance is highly volatile, it has been in a benefit model during the first four years of 2018.

Requirements for coverage of corporate futures

To strictly implement the management and control system

The loss of United Petrochemicals is easy to think about the China aviation oil market in 2004.

Chang Qing, a professor at the Agricultural and Economics School of the Agricultural University of China and one of the founders of the Chinese futures market, said in an interview with Securities Daily that the losses of Sinopec and China Aviation Oil they were different According to the coverage principle, CAO should be purchasing crude oil futures coverage, but it is a loss in the process of rising crude oil prices, which shows that its direction is incorrect. The real thing is to sell raw futures, not a cover. Valuation is the speculation ".

It considers that large state-owned companies must strictly follow the rules and business processes in the hedging process, and each position, such as investigation, transaction and risk control, must be mutually restricted, and the probability of incidents is systematically reduced.

Some insiders told journalists that the incident also showed a shortage of professionals in the China futures industry. "When the power of decision is concentrated in the hands of one or few people, it is easy to have these risks."

The announcement of Sinopec also stated that the company found abnormal financial indicators in the joint petrochemical coverage business during the daily monitoring process. Immediately after the discovery, the relevant transactions were stopped, the main responsible was suspended and informed in a timely manner. Sinopec said that, regardless of any violation of the rules, anyone will be treated seriously in accordance with the regulations.

Luo Xufeng, CEO of Nanhua Futures, said in an interview with Securities Daily that Sinopec's incident also highlighted the importance of harnessing the power of commodity prices. China should further promote the discovery of the futures price of crude oil futures in the Future Exchange of Shanghai making it a benchmark for prices for international oil prices, allowing large companies State-owned assets cover themselves in the domestic futures market without having to expose their positions to the outside.

Luo Xufeng said that in recent years, the role of the futures market at the time of finding prices and risks of hedge has also been getting bigger. Mature and home-grown companies can also use better futures instruments to cover risks, thus achieving the stabilization of production and management. Large state-owned enterprises should understand the futures market and related risk management tools. In the process of using future hedging, they should not violate the original intent to cover risks and use futures as a speculative tool to obtain benefits.