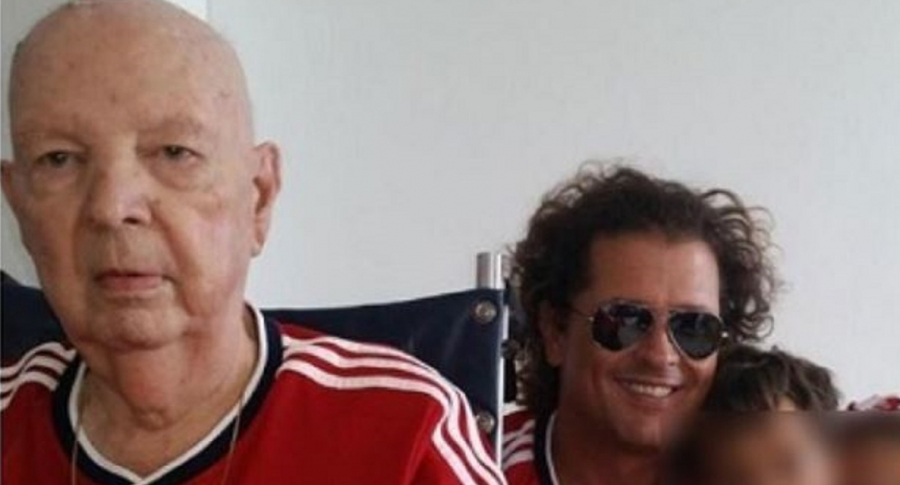 One of the media that confirmed the news of the death of the father of the singer Carlos Vives was The Herald, who said the man “died at his home, in the company of his family.”

The death of Vives Echeverría was announced this Monday, and this medium claimed that he was suffering from a disease which had afflicted him for years.

One of his sons, Juan Enrique Vives, posted a message to say goodbye:
“Dad, thank you just thank you. In debt forever, I know you’re with God because you deserve it. I love you today, tomorrow and forever. We’ll see you again. Fly high dad.”

Another medium that recorded this news was Zona Zero, which highlighted the life and work of Vives mainly for the contribution he made in terms of development for Santa Marta.

He also said that Luis Aurelio was a prestigious doctor specializing in otolaryngology, who was highly regarded in the region for his charisma and who was “key to the artistic and professional development” of his children: Carles, Guillem, Luis Francisco and Juan Enrique Vives.

First reactions to the death of Carles Vives’ father

Once the death of Lluís Aurelio Vives was confirmed, various media and personalities took to social media to express their sadness and leave a meaningful message for the family.

With much pain in my heart, farewell to my uncle Lluís Aureli Vives, an exceptional human being and respected doctor for his admirable vocation for service. I will keep the best memories forever. A hug to my cousins: @carlosvives, @guillovives, Pampu and Juan Enrique https://t.co/MXOo7eOyZj

To the admired @carlosvives, And to his beautiful family, all my affection for the death of Don Luis Aurelio Vives, father and grandfather. It is wanted, and much. pic.twitter.com/IkLY1bmNLR

Some media in Santa Marta confirmed on Monday the death at his residence of the doctor on loan and who with his work contributed to the development of the city of Santa Marta for decades, Luis Aurelio Vives, father of the singer-songwriter samari Carlos Vives. #QEPD pic.twitter.com/Cdw0t4jste

I accompany you in this difficult time brother and you know the affection we have for you @carlosvives There is nothing that helps more in this moment of knowing you were an exemplary and responsible child.