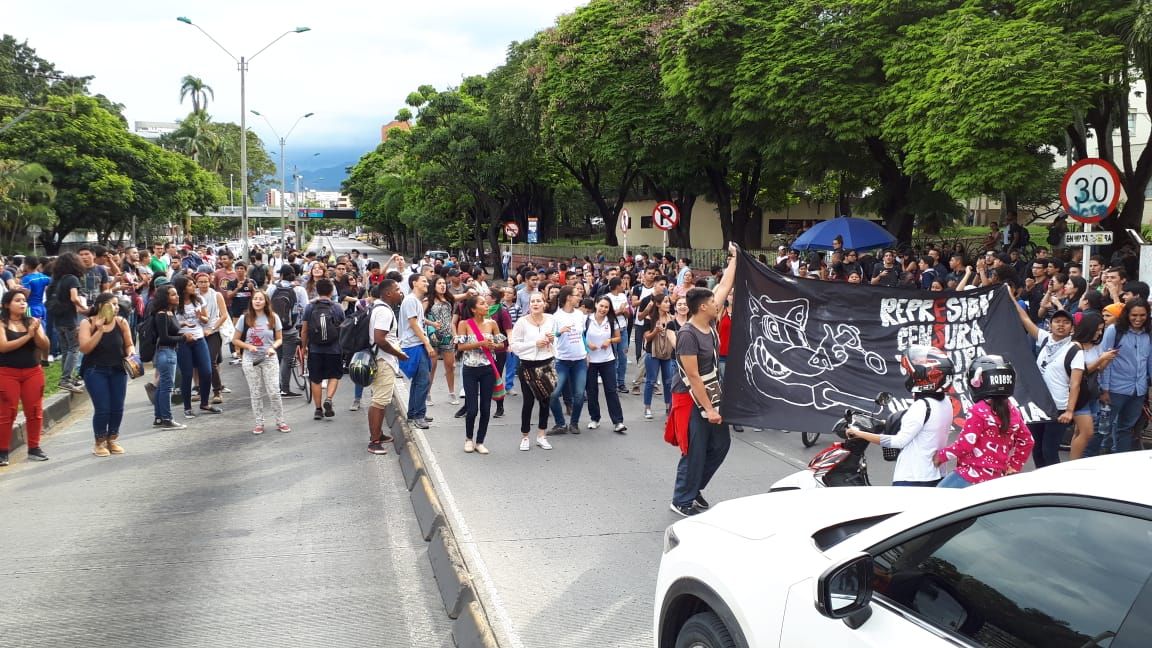 It ended more than one month of a national student strike, which meant the breakdown of all public universities in the country. Although the image that represents the movement was a huge mobilization in several cities, There is another face of this much less visible phenomenon, and young people seeking a return to academic normality to complete their semester.

This situation is particularly critical in the case of those young people who had to move from different regions to attend university.

This is the case of Juan *, a student of the Faculty of Science of the National University who traveled to the country's capital to develop his career and who sought to reserve his identity for the fear of retribution by other students.

Juan, who is part of the Special Academic Access and Mobility Program (Peama), which allows young people to start studies in the National Border Centers and then travel to offices in large cities, ensure that unemployment has mainly affected the economic aspect, he says, "Bogotá is very expensive and it's very difficult to maintain in it."

"Although I do not have to pay for housing, because I live in a student dormitory, I had to dedicate more money for transportation and food. At this point, postponing the semester would be a great relief in the economic sense, because I could return to my hometown, where I have the support of my family, "Juan says.

He added that, despite his objections to unemployment, he maintained his support by attending several demonstrations that had taken place in the past few weeks.

Juan also believes that the student protest must be reoriented and taken into the pedagogical direction, by which "ordinary people learn what we really do at universities".

In that sense, the young man invited citizens to attend, "Cienciaton" on Friday, an activity that will be held in Santander Park from the twelfth noon in which research groups and student groups will discuss various scientific topics to "show the importance of what is at stake public universities and increases their economic resources. "

Maria *, a medical school student who also sought anonymity for fear of retaliation, agrees to request that the strike be terminated. She, the mother of the family, considers it necessary to restore academic normality to be with her son in this coming annual season at the end of the year. They want to complete the semester this year because "when these long strikes come, the entire academic calendar is going on a lot."

"I want to re-start teaching to complete the semester; although progress has been made in these weeks on important issues for the university, I believe that, above all, the fact of the remaining unemployed will no longer be able to accomplish more things than the demands that are being carried out and, secondly, harm us those who want to pursue academic activities, "the student says.

She adds that, as a working mother, she exerts additional effort to combine her working activities with her son, so she always tries to organize how she will care for him for several months, as academic calendars to colleges and universities always cross paths. "I had to stop working a few days and I do not know what to do when my son is at home," he says.

However, concern is not excluded among students. Parents were also concerned about the academic future of their children. For a public accountant, the father of two students (one from the National and the other in the District, in Bogota), what worries him the most is the loss of his children's time and the strangeness in which they are.

"This waste of time is becoming an economic source," says the man, who from Iopal (Casanare) must work to support his two children in Bogotá. "In the meantime, it will continue to respond to all costs, because it's a difficult job to keep them," says the man.

The man, who also asked to retain his identity, acknowledges that he understands and supports students in their demands for more funds for public education, but considers it is time to strike off because "the academic part is very dedicated and is a research of so many young people people. "

And he wondered why, if university rectors have already reached an agreement with the government and have allocated additional funds, students do not accept these advantages.

David, a student from the second semester of industrial engineering at the National University, confirms that he strongly supports the motives of unemployment, but admits he wants to return to academic normality. Or, if this fails, the semester is postponed or canceled, because this uncertainty affects most students; especially those who, like him, come from distant regions.

In his case, he had to return to his municipality, in order to avoid the expenses that he had in Bogota and to help his family.

"I am a student who supports march and claims, but I am very worried when a strike is needed. In my case, as a student, I'm asking, or I want to say, that the semester is canceled or is able to finish it," said the young man.