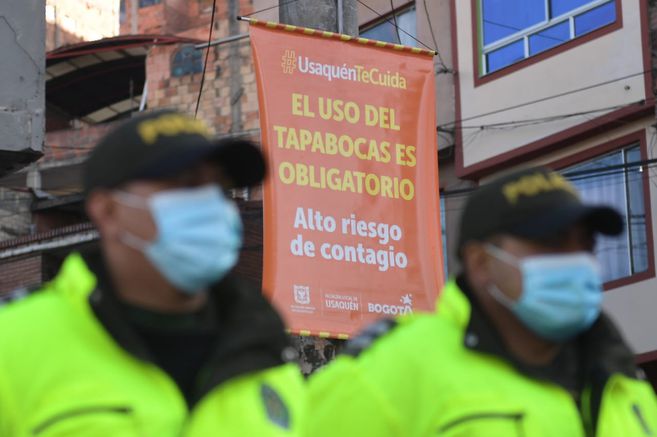 MinSalud reported 17,908 new cases of coronavirus and 390 deaths. Study shows that Pfizer vaccine is effective in the Reindo Unit virus variant. Again, it is shown that the use of the mouthpiece if it is useful to prevent infection.

A new study published this Wednesday, which has not yet been reviewed by experts, would show the effectiveness of the Pfizer and BioNThech vaccine against the new virus variant (B.1.1.7) discovered a few weeks ago in the UK. A news that, if confirmed with further research, would alleviate concerns in the coronavirus immunization race in the world.

Research conducted with blood samples from 16 vaccinated patients in previous clinical trials showed that antibodies in the blood were able to neutralize a version of the new variant, as well as the old version of virus with which it was designed. initially the vaccine. “Unlike influenza vaccines, the reduction in neutralization that could indicate the need for a strain change has not been established for COVID-19 vaccines. The effectiveness of the vaccine may be preserved“Even with substantial losses of neutralization by vaccine-obtained sera,” the study noted. (Read also: Study would show efficacy of Pfizer and BioNTech vaccine against new UK variant)

Mouthpieces are effective and their use needs to be strengthened

A study published this week in the medical journal The Lancet demonstrates the effectiveness of informed use of mouthpieces and physical distancing to contain SARS-CoV-2 transmission. The research was conducted in the United States and managed to collect data from more than 300,000 people. Surveys showed that despite little pedagogy about the importance of the mask, self-reported use of the biosecurity element made all the difference.

The study was conducted through surveys on a web platform where self-reports on the use of masks of 378,207 Americans who answered questions between June 3 and July 27, 2020 were viewed. One of the first findings noted that along with physical distancing and a 10% increase in the use of mouthpieces among the population, multiplies by three the chances of keeping the rate of instantaneous reproduction (RT) of viruses below 1. Results that, according to the research, would reflect that the spread of the disease would be slowing down. However, the scientists behind the analysis warned that the study is not a direct test of the effects on the transmission ratio and therefore should continue research. (Read also: The mouthpiece is effective)