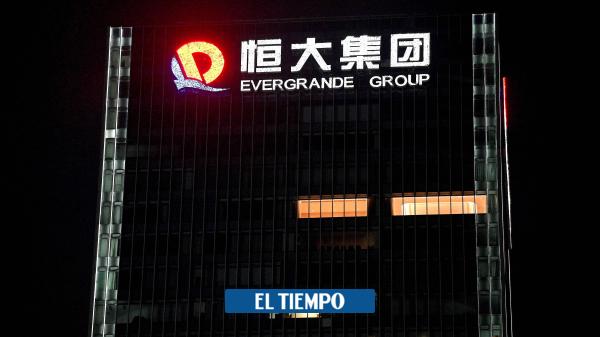 Shares of Chinese real estate giant Evergrande plummeted 11.6 percent on the stock market yesterday, after the expiration of the term to pay interest on a group of offshore bonds.

This situation generated some nervousness in other markets that closed in negative territory, although there were other factors that led to the decline of some stock markets in the world.

While at the opening of the session Evergrande’s fall was much more moderate, just over 2 percent, uncertainty was finally imposed on the said payments, which would involve the disbursement of about $ 84 million. .

(Also read: Founder of Evergrande, Chinese firm in mess, hopes to get out of the crisis).

The company now has a period of 30 days before it is officially deemed to have defaulted. To that amount will be added on September 29 another $ 47.5 million from another round of offshore bonds.

Evergrande had promised to meet interest payments on a group of yuan-listed bonds through the Shenzhen Stock Exchange – the equivalent of about $ 36 million – which had so far eased investors’ fears about a possible bankruptcy of the company.

The conglomerate’s liquidity problems and the poor performance of some of its businesses are among the factors that have caused its stock market value to fall more than 80 percent in 2021.

Of the company’s total liabilities, which amount to more than $ 300 billion, about $ 37 billion correspond to loans to be repaid before the end of the first half of 2022.

(We recommend: Evergrande would detract a bit from the dynamics of the country’s economic growth).

One of the main setbacks was borne by the Hong Kong Stock Exchange, the index, the Hang Seng, fell 1.3 percent in a day marked by widespread falls, but more pronounced in the case of companies in the sector real estate.

The Spanish stock market was also infected by the Chinese real estate crisis and had a slight drop of 0.04 percent.

A similar course took the Paris Stock Exchange, which closed with a 0.95 percent decline in its main indicator, the CAC-40, reflecting the uncertainty surrounding a possible bankruptcy of real estate Evergrande.

The stock markets in Milan and Germany also failed to dodge investors’ nervousness over the Chinese company’s mess. The Milan Stock Exchange closed lower, and its FTSE MIB selective index fell 0.43 percent, while the Frankfurt DAX-40 did so by 0.72 percent.

On this side of the world, the Nasdaq of the New York Stock Exchange fell slightly. The largest declines were seen in São Paulo and the Santiago Stock Exchange: 0.69 and 0.78 percent, respectively.

– CCI asks to withdraw article that modifies the law of guarantees

– After the strong impact of the pandemic, tourism is consolidating its recovery

ECONOMICS AND BUSINESS WRITING
* With information from Agencies