First face to face of the revocation process of Mayor Quintero 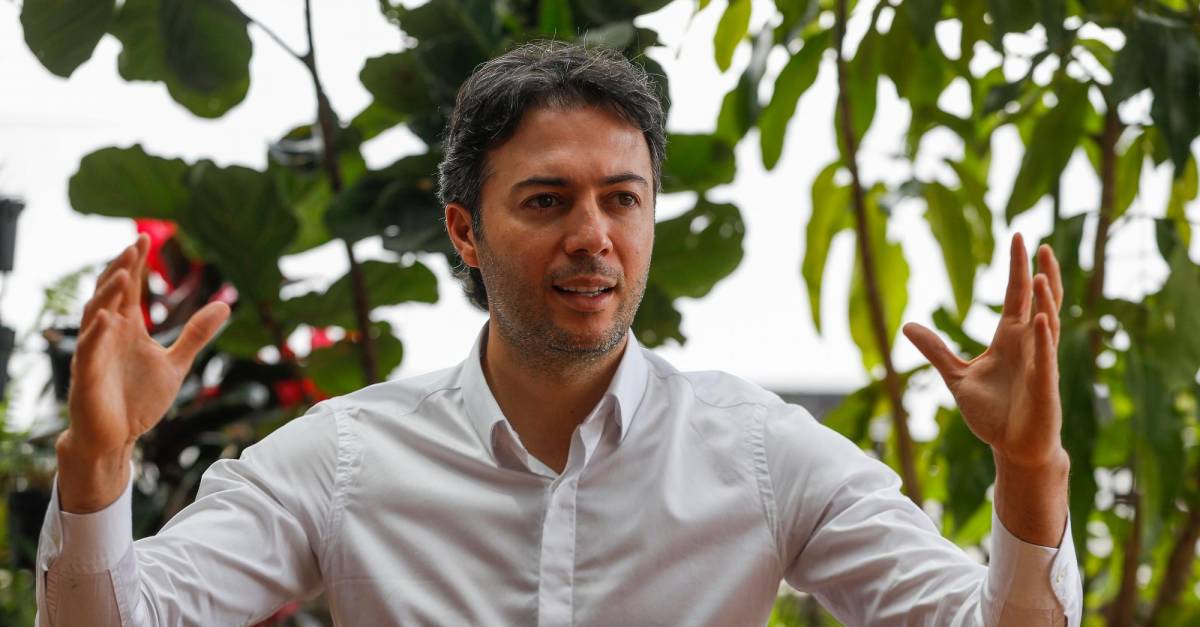 1. discrediting institutions: Destabilization of EPM and its subsidiaries, mainly due to demand from the consortia involved in the construction, consultancy and audit of Hidroituango, which in no way improved finances of these institutions. Rodriguez added the abandonment of Emvarias, the proposal to sell UNE, resignations of boards of directors and officials and unjustified dismissals in entities.

2. Bureaucracy and nepotism in the administration: Rodriguez criticizes the creation of places in the administrative reform of the mayorship. In 2020, the current government, backed by powers granted by the Council, implemented institutional redesign and created 23 posts: 16 at the managerial level and seven at the professional level. Municipal modernization costs $ 2,086 million annually.

3. Pandemic mismanagement: Rodríguez says that Medellín Me Té cura, a platform that obtained data from 3.5 million people, does not comply with habeas data rules. The mayor criticizes the million-dollar investment in the 80’s Clinic, which is not owned by the Municipality, and says that there is politicization in the development of low-cost fans, designed by the academy, Route N and supported by employers.

4. Works and maintenance of the road network and public areas: He alleges that to date the projects that came from previous administrations have not been completed and little progress has been made. He says no progress is seen in any new projects. Criticizes the deterioration of some roads, traffic lights and bridges in the urban area; and mentions garbage and rubble in public green areas of the city.

5. justifies that economic revival in the pandemic it is not a variable taken into account in this municipal administration. He says employers feel abandoned, with no support or financial relief to deal with the closures forced by curfews and quarantines. He concludes that trade in general has declined due to bankruptcies and closures of establishments.

In defense of Daniel Quintero

1. Political interests: For councilor Àlex Flórez, who defends the actions of Daniel Quintero, the revocation committee has a political purpose. “It is promoted by burned candidates, the candidacies did not prosper. They intend to reissue the election result,” he argues. He adds that the mayor got 303,420 votes, making him the president with the most votes in the history of Medellin.

2. Compliance with the Development Plan: Councilman Flórez says the government plan has been significantly complied with. “In 2020, 93% of the actions proposed there were fulfilled.” According to the mayor, this is the main argument by which the mayor should not be revoked. Flórez says the Development Plan was made for those who “need it most and have not been heard.”

3. Milestones for the city: Daniel Quintero achieved two facts that, according to Flórez, are historical. The first of these was the signing of co-financing with the National Government for the subway of the 80. With this, the project becomes viable. Second, the councilor points out that the president introduced zero enrollment for 24,000 students last semester. By 2021 the figure amounted to 28,000 students.

4. No widespread dissatisfaction: In the Metropolitan Survey of EL COLOMBIÀ, presented in November 2020, Mayor Quintero obtained 69% approval from the public. This, according to Councilor Flórez, shows that most of the population gives support to the president. He adds that it makes no sense to seek a revocation of a “so popular” burgmaster.

5. A different government: The term of Daniel Quintero promised to be different from the previous ones. Therefore, he did not hesitate to ask EPM to fight for the resources of the extra costs. In addition, he has been interested in the north of the city, the most precarious part. These are the arguments of Councilor Flórez to say that the Quintero government has been different. “He gave voice to the most vulnerable,” he concludes.

The revocation of the mandate is a valid tool, fundamental in democracy. But in the case of Medellin, what is being seen is the use of this tool for a fight of political elites or personal businesses. We have elites who disagree with the way the mayor took them out of power. I consider it irrelevant because we are in a crisis and the public agenda is not being handled by Quintero, but by the pandemic. There is a fight that is harmful to the political stability of Medellín and Antioquia. That is why I believe that, in the end, we will be the citizens who lose. Quintero, instead of worrying about governing, will focus on defending himself. The others will be looking for more reasons to revoke it.

Former councilor in favor of the revocation

Revoking the mandate of Daniel Quintero is the legal and constitutional way we have to straighten out the direction of the city. He attacked the institutions and ended the state-university union. In addition, he gave the city to inept people. That is why we are promoting the revocation, which is the legal way to get the ruler out. On the other hand, and this is serious, Quintero ended corporate governments, such as the EPM, but this applies to all entities in the municipality. Another sin is that it ended impact programs in the city and fired competent people to hire other incompetents. This happened, for example, in Metrosalud. The revocation is gaining a lot of strength, it is a movement that is being joined by people.

The electoral authority must verify the public support for the revocation proposal.

The registrar shall send the certification to the governor for the date on which the vote is to be held.

It is up to the registrar, if the requirements are met, to coordinate with electoral authorities.

There must be dissemination, promotion and realization of the call for voting in which everything will be defined.