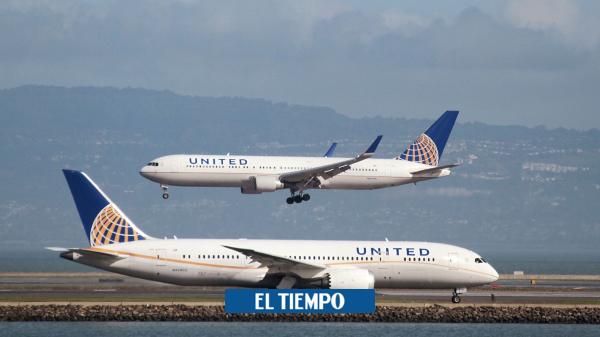 In the midst of the recent departure of Hernán Racó, who is currently the president of Avianca Holdings, they continue to move into the company, this time due to aspects related to the loan conditions that $ 456 million was signed by BRW Aviation, based in Delaware (United States), a subsidiary of Synergy, a majority partner of the aviation company's parent company, which is controlled by the # 39; businessman Germán Efromovich.

Indeed, the specialized FlightGlobal portal, one of the most prestigious in the aeronautical sector and which started activities in 2006, pointed out that the majority partner of Avianca Holdings, Synergy BRW Aviation, did not meet the loan agreements that United Airlines turned to 2018, and whose shares are guaranteed in the Latin American airline.

According to the publication, this opens up the possibility that United take control of Avianca, even though the two airlines belonging to the network, Star Alliance, plus Copa Airlines, are advancing in the implementation of its commercial agreement, which must be endorsed by the authorities of the countries where the three operate.

According to the media, United reported to Synergy that it had not complied with the loan guarantee coverage agreement. The coverage, according to sources of the financial sector, is a kind of reinforcement, either through policies or credits, that are used in this type of financial operations, seeking to guarantee the payment of the resources provided.

Synergy currently has approximately 78.1 percent of the ordinary shares of Avianca and last November it borrowed this millionaire sum, guaranteed by Synergy BRW's assets and its516 million ordinary shares of the Avianca Holdings.He adds that a United spokesman told FlightGlobal that the American airline, based in Chicago, has not taken any measure of compliance.

However, it adds the publication, failure to comply with the Synergy loan conditions has forced Avianca to amend other financing agreements to include United as the authorized holder, so that any possible coercion action on the part of United in the form of # 39; an acquisition of Avianca will not constitute a change of control.

"Assuming that this approach is accepted by the lenders under these financing agreements of Avianca Holdings, United could fulfill the commitment of shares in relation to the loan to take ownership of the shares of the company. company without causing a change in control, under any circumstance of the financing agreements of Avianca Holdings, "the airline told FlightGlobal.

Since the failure to report was reported, Avianca Holdings negotiated an amended agreement with the creditor Banco de Bogotá, to avoid a breach.

The spokesman for United Airlines added to the publication, based in Washington, that any conversation to amend the other Avianca loans "will be directly with the borrower."

He adds that a spokesman for Avianca said that the airline is currently in the process of modifying its financing agreements and can not provide an estimate of when negotiations will be finalized, according to FlightGlobal .

In this regard, EL TEMPS consulted Avianca Holdings for this situation, and the company indicated that it is not part of these agreements and therefore can not give statements in this regard in the name of BRW, vehicle of # 39; Synergy investment.

"Therefore, this must be addressed and managed solely by the companies that are part of this loan agreement," added Avianca Holdings.

The businessman Germán Efromovich was also contacted, but so far, there was no response to the topic.

ECONOMY AND BUSINESS – THE TIME