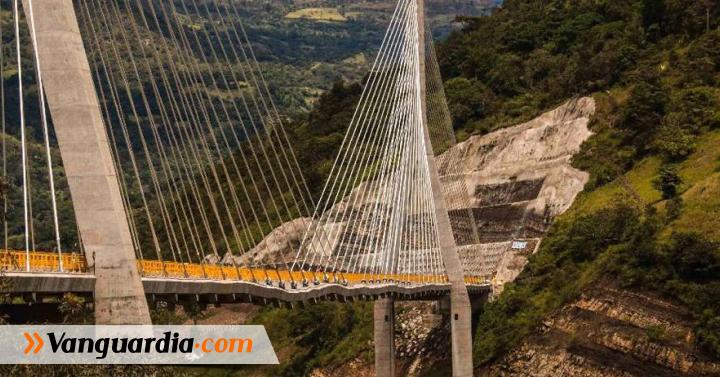 After the photograph of the National Institute of Invisas Roads, on the bridge of Hisgaura, citizens and authorities began to question the stability and security that this ambitious business can provide.

Due to the above, the supervision of the Chamber of Commerce Bucaramanga, CCB, was transferred to the location on the Curos-Malaga road for performing on-site inspections.

Juan Carlos Rincon Lievano, vice president of CCB Development of Regional Investment, told Vanguardia Liberal that during a tour, which was carried out with two engineers, "it was noticed that, when reaching the Bridge Bridge, more questions were asked. what are we used to, and from where comes the big question, what should be done at this time to ensure peace. "

According to Rincon Lievano, engineers have concluded that, although there are no cracks or bridge repairs, it is disturbing how the structure is viewed on its sides. That is, with the immersion that was appreciated precisely in the report of Invias.

For this reason, the CCB Vice President for Regional Investment Development estimated that a national government should be required to take urgent measures to impose structural audits. The idea is to get the work of this nature satisfactorily. We can not ignore the significant investment that has been made, it was 100 billion pesos, and therefore deserves to be delivered under the best conditions.

In addition, Rincon Lievano said he will request information to see what happens to load tests, because to date they have not been done and that more than two months have elapsed since the managers completed the construction work.

Today, members of the Supervisory Board and representatives of the CCB are expected to become familiar with the request and concerns during the visit to the National Government.

Interventory was talking about dipping

Vanguardia Liberal tried several times to communicate with ETA, in charge of the bridge operator Hisgaura, in order to have more detailed knowledge of the underwater drowning. Although they did not respond to calls, the experts explained in a radial interview that these synergies are normal that occur on bridges such as Hisgaura. "This is common in this type of structure, because of the flexibility of these bridges. At each stage, the geometry of the board changes and it is really known at the end when it closes down the center and the cables retire," said Samuel Montero, ETA audit specialist. He added that "engineers will realize that the modulus of elasticity of concrete is very variable, factors such as temperature in cables and others, causing calculations not to proceed according to the plan."