What is DuckDuckGo, the search engine that is emerging as a rival to Google – News Technology – Technology 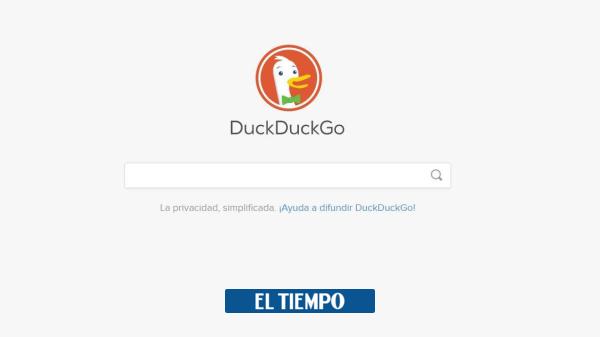 The changes in privacy policies announced by WhatsApp for this year have aroused among Internet users several criticisms that have led to the search for platforms and applications that preserve privacy and security when using them.

This is reflected in the accelerated increase in platform downloads that claim to be much more private and collect less information.

Amidst all this, one of the beneficiaries is the search engine DuckDuckGo, a rival to Google, which announced last week that it surpassed for the first time in its 12 years of existence the 100 million searches in a single day.

This figure represents, according to values ​​published by the company, a growth of double compared to the average searches achieved in a day of January 2020.

DuckDuckGo has a premise since it is on the market: to maintain the privacy of its users, since it does not collect any information about the activity carried out by the person, as is the case with other browsers.

Within its options, this platform works as an extension of Google Chrome, Firefox and Safari, where it has the alternative of crawler blocking and encryption. There is also a browser alternative for Android and iOS devices.

The company has noted that they they do not make histories of people browsing within their search engine, Which allow you to create a profile, so that the data is not used for any advertising purpose.

– This way they can steal your WhatsApp account with verification messages

– Apple sued to remove Telegram from the ‘App Store’

– What does the change in WhatsApp privacy policies entail?

doctor on situation in Leticia

woman dies after falling from a fourth floor in Fontibón

Bitcoin could reach $ 1 million in the next decade, according to the head of Kraken