Artists do not compete. For the second time, the finalists for the Chalupecký Prize rejected the winner’s announcement 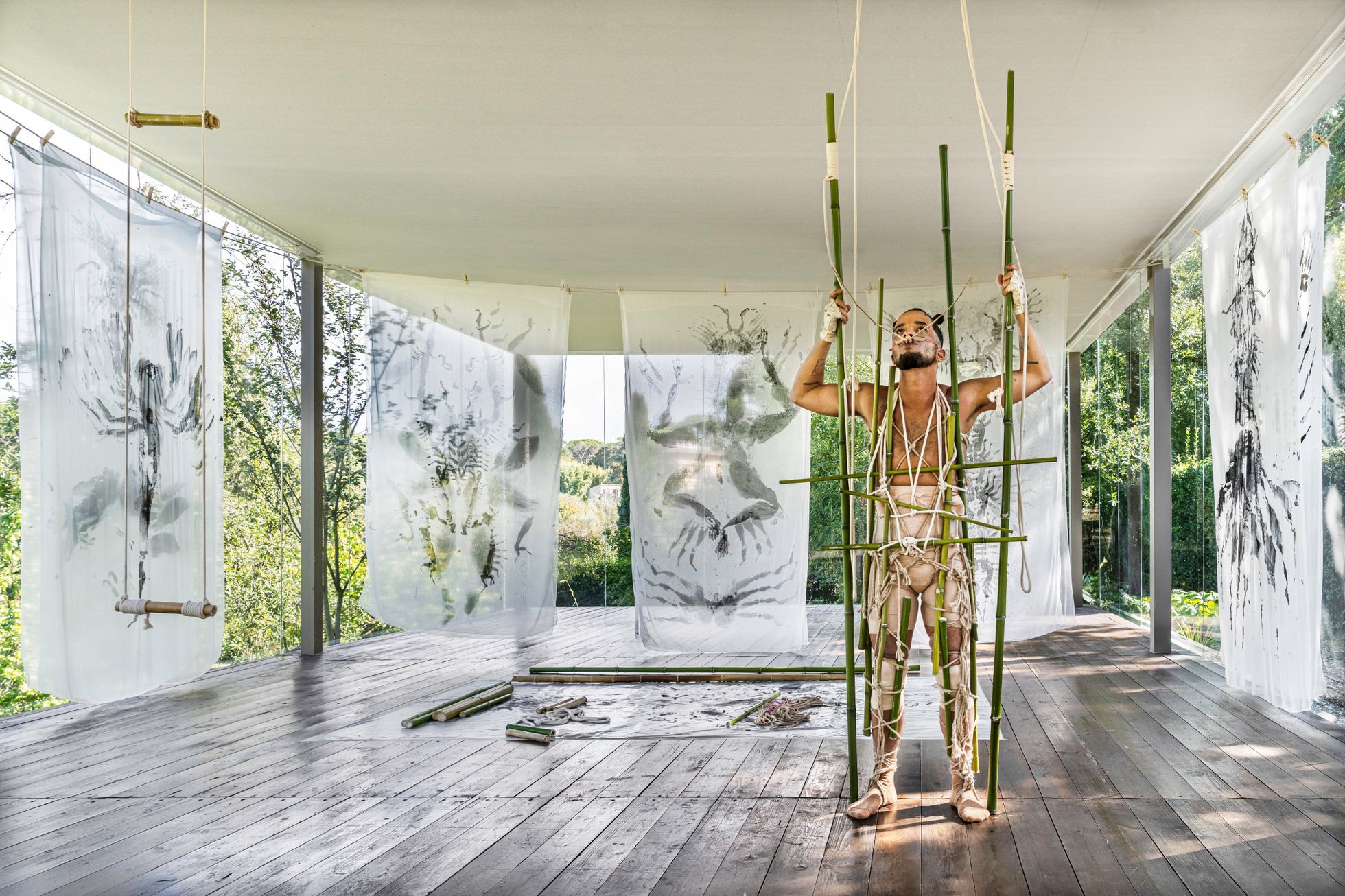 This year, as last year, the Jindřich Chalupecký Prize will be awarded. Although the International Commission selected the finalists, they immediately agreed that they would prefer cooperation to competition.

“I hope that the elimination of competition can only result in a friendlier and less stressful work environment,” says Valentýna Janů, one of the selected artists. He considers the joint exhibition, scheduled for the autumn at the Moravian Gallery in Brno, to be a sufficient prize.

The other finalists, who are Robert Gabris, Jakub Jansa, Anna Ročňová and the “non-collective” artist Björnsonova, see it similarly.

Last year’s finalists announced their resignation from the competition for the first time. The organizers of the Jindřich Chalupecký Prize think that in the future they will not wait for the will of the artists and will immediately adapt the rules to the new trend.

“This year is our 32nd year. The rules have changed several times, but the intention has always been the same: support for artists, their visibility and involvement in the international network. It doesn’t matter if the winner is chosen,” he says. Karina Kottová hopes to work throughout the year with this year’s group of artists.

In addition to the Brno show, for example, an individual exhibition of each of the finalists should be held at the Liberec regional gallery. With regard to anti-epidemic measures, greater involvement of the Internet environment is expected.

It’s the other way around

When the Chalupecký Prize was played last year without a win, doubts arose as to whether the competition made sense.

“On the contrary, Chalupecký is gaining value,” says this year’s finalist Jakub Jansa, a 31-year-old student at the Prague Academy of Arts, Architecture and Design, who combines installations, videos and performances.

An exhibition of the work of Jakub Jansa of the audiovisual festival, which was organized by the Olomouc Film Animation Festival at the Pioneer Works in New York. | Photo: CJCh

“I have a feeling that if the winner is not selected, there will be much more attention to the work of art. It may be more difficult for the viewer, but everyone will be able to find their winner,” explains sculptor Anna Ročňová. , so he also voted to cancel the ad.

Ročňová will also be thirty-one years old this year and studied at the Academy of Arts, Architecture and Design in Prague. He has recently abandoned classical sculptural media and focused on natural products.

An example of the work of Anna Ročňová. Fan, subtropical greenhouse of the Prague Albertov Botanical Garden, 2017. | Photo: CJCh

According to the jury, “it explores the boundaries and intersections of the urban and natural environment, questions the concept of art, and resorts to unexpected and ignored natural forms.”

Another of the finalists, Robert Gabris, born in 1986, studied scenography in Bratislava. He continued his master’s studies at the Academy of Vienna. Create drawings that often extend to installation and performance.

He also sees the advantage of eliminating the stress of competition. “Nominated artists gain freedom, so they can focus on working without the tension they have to earn,” he argues.

Valentýna Janů is the youngest of the finalists. The 27-year-old FAMU photography graduate also studied at the Prague Academy of Fine Arts, combining narrative videos with installations.

The finalist is the Björnson group, named after the Bratislava address of the apartment where friendly artists have been gathered and created since 2015. The group is an open platform, with many artists from the scenes from Prague, Berlin, Brussels and Belgrade.

“We call ourselves non-collectives, for example, to consider what a collective is, what associates the concept of collectivization. But above all we are many of us, some are more active, others are not in this is a network of people working together or collaborating, “says Zuzana Žabková, who participated in the Chalupecký Prize with five other artists from Björnson. This group also tried to make the competition without announcing the winner.

Czech artists are no exception to this attitude. For example, British Turner Prize finalists in 2019 asked the jury to accept the award together. His exhibition dealt with socio-political issues, such as the migration or torture of prisoners in Syrian prisons, and was inappropriate for artists to attract only the “victorious” theme.

The authors selected for this year’s Chalupecký Prize also choose current social issues. The international jury, which has selected from nearly 90 portfolios, praises the “fabric of artistic positions and activists.” Artists address issues such as climate, technology, gender, and the world patriarchal order.

The refusal to compete is perhaps a natural development. “This trend has been evident in other countries for a long time. It is certainly a sign of mutual respect,” says Commissioner Radek Wohlmuth. “It is clear that in the fine arts, unlike athletics, for example, it is not possible to objectively determine the winner. However, their actions essentially subvert the principle of competition, as it was originally created. that I like the non-confrontation approach, I can imagine someone might call it alibi or question the meaning of the whole event, ”he adds.

Art historian, critic and educator Tomáš Pospiszyl sees the transformation of the Chalupecký Prize as a further step in development. “The fine arts have changed over the last thirty years. They are no longer just paintings and sculptures, but also other types of artistic expressions. After 2000, this caused great concern among those who saw the Jindřich Chalupecký Prize, but today we take it for granted, “Pospiszyl thinks.

According to him, it not only changes art, but also the concept of who the artist is, how he works and how he relates to his environment. “Art groups appear more and more often and the character of the creative activity of some creators is in conflict with the current competitive nature of the award. I think we will get used to it in a few years, as well as other changes that will occur in the future, ”Pospiszyl adds. .

The most important Czech prize for young artists under the age of 35, founded by then-President Václav Havel with artists Jiří Kolář and Theodor Pištěk, has been awarded since 1990. The prize includes a study stay in New York. Like last year, which of the finalists will fly across the ocean will decide by lottery. The joint exhibition will begin at the Moravian Gallery on September 23rd.

Simultaneously with the exhibition of the finalists, the exhibition of the foreign guest of the competition will take place in the same place. This year they are Daniel Fernández Pascual and Alon Schwabe, who operate under the name Cooking Sections. They will be preparing a sequel to the Salmon: A Red Herring project for Brno, which they presented last autumn at the Tate Britain in London. There it will run until February 28, 2021.