CHMI: Air quality in the past was somewhat weaker compared to 2016 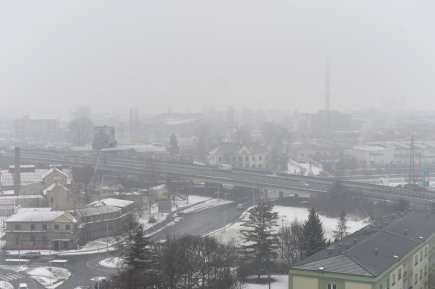 Prague – Air quality was worse in the Czech Republic than in 2016. The concentration of some air pollutants continues to exceed the legally prescribed limits for the protection of human health in parts of the territory, the Czech Hydrometeorological Institute (ČHMU) said in a press release today. He also prepared an application evaluating air quality in the Czech Republic. It is available on the Czech hydrometeorological website, but can also be purchased on paper or on a CD.

According to the Czech Hydro-meteorological Institute (CHHMU), a slight increase in concentrations of most air pollutants was recorded, and the surface quality of the air was worsened or the percentage of the population living in these areas increased.

In some cases, restrictions are still exceeded despite the long-term downward trend in most air pollutant characteristics, such as suspended particles, benzo (a) pyrene, nitrogen oxides, ground-level ozone, benzene, heavy metals or sulfur dioxide and carbon monoxide.

The most serious situation is in the Moravian-Silesian region, with the worst air quality in Ostrava, Karvina and Frydek-Mistek. Pollution is caused by industrial production, dense buildings with local heating and transport infrastructure. Most of the exceeded borders relate to the transport and heating of households in Prague and Brno.

"Local heating of households accounts for more than 98% of carcinogenic benzo (a) pyrene emissions at the national level, and the hygiene limit of this substance has been exceeded in several cities and municipalities (26% of the Czech Republic with about 61.8% of the population) also among the main direct dust sources (57 percent of particles smaller than 10 microns), "Rainbow said in today's press release.