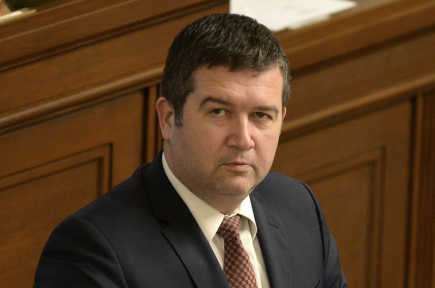 Prague – Other meetings today are awaiting the head of the government's CSSD, Jan Hamacek, for allegedly kidnapping the son of Prime Minister Andrew Babys (IOE) in Crimea. He will meet with President Milos Zeman, again with Babis, who on Wednesday explained to the Social Democratic Party, as well as representatives of opposition parties who want to vote in the House of Deputies for lack of confidence in the government. The Venceslas Square in Prague calls for demonstrations, and the participants will seek Babysh's death.

The case was launched by the Nevs Report server, in which Babys' son Andrew told reporters that he was taken to Crimea against his will. According to his son, the prime minister wanted to disappear from the Czech Republic for a police investigation into subsidies for the Pepi Nest farm, where both men face criminal prosecution. Babyshi said on Wednesday that his son was in Crimea in the past, but that his stay was legal, not a kidnapping.

Babis spoke to communist leaders and SPD on Wednesday, along with Hamas and CSSD deputies. SPO President Tomio Okamura said after the meeting his party wanted to program a social democracy program in the government. Some CSSD members, after a meeting with their Babysh club, said that the departure of the Social Democrats from the government and the resignation did not speak.

The communists who backed the Babis government in July called for a meeting of the executive committee next Tuesday. Zeman earlier said that information about the alleged kidnapping of Babi's son seemed like a wild conspiracy, and the government could not threaten him. The president wants to ask the prime minister about their meeting next week on Monday.