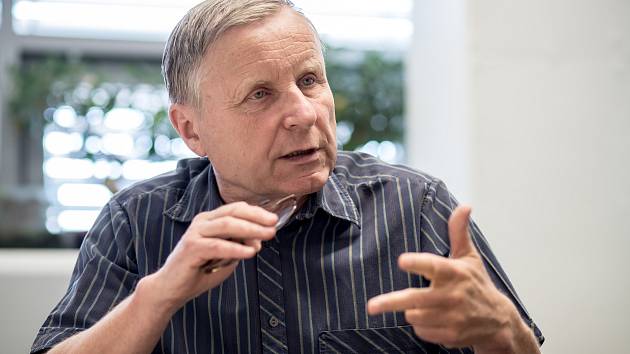 A much more aggressive British mutation extends to the Czech Republic, but it is no more dangerous than the original. What about the South African type of coronavirus?
The British mutation spreads much faster, but according to some doctors, it is also more dangerous. For the new type of coronavirus, I would talk about variants in which there are more mutations. These are the South African and Brazilian variants, which seem really threatening. To date, epidemiological data do not support this, but it appears that they could be resistant to antibodies caused by vaccination or disease. This would mean that even these people could become infected again.

The Czech Republic suspects a South African mutation. For returnees from Zanzibar and kindergarten

Would approved vaccines not work at all?
We don’t know, but maybe the resistance won’t be complete. If the original type of coronavirus vaccine prevented the new disease by 80 percent, the new variant would have a lower number, perhaps 40 or 50 percent.

Can vaccine manufacturers respond to and modify them?
Fortunately, yes. Both genetic and vector vaccines can be adapted relatively easily to adapt to new strains of the virus. The problem, however, is that it can be an endless story, with new variants constantly appearing, so vaccination with modified vaccines would be necessary. It is not clear how many times this cycle should be repeated. Hopefully this black scenario will not come true. It is important that the antibodies that make up current vaccines prevent outbreaks of the worst forms of the disease.

Do we already know at least if the course of the disease in these new variants is worse than in the original type?
We do not have this information yet. Certainly, the genetic backgrounds of various ethnic groups in the population play a role.

Still, can it be said that, even because of the South African and Brazilian variants of the coronavirus, some disintegration of anti-epidemic measures must be expected or even hardened?
We don’t have to approach the blockade, but ultimately make it a reality. Even if there are no new options, the situation in hospitals is critical and will be even worse in two weeks. If we proceeded to close a Wu-chan-like society, where people can’t even go to work, it would certainly help us. However, this will certainly not happen, the government is afraid of some revolt.

The capacity of the ICU is nearing exhaustion. An increasing number of younger patients are in serious condition

Does the social environment not really contribute to it, but wouldn’t a lighter Israeli-type closure help, that is, by restricting free movement to a few hundred meters around the place of residence and on the way to work?
A little yes, but basically no. We have an alternative, but it probably won’t work either, because we can’t organize anything here. I am thinking of massive tests, during which the entire population would be tested in a short time to catch all the infected people. Then the situation would be much more favorable for tracking and smart quarantine.

Of course, it would be essential for positive people and their contacts to remain isolated at home. Anyone who breaches this should be fined a lot. But the state does not dare to do so either, because government parties and the opposition are afraid of electoral defeat. It is a vicious circle.