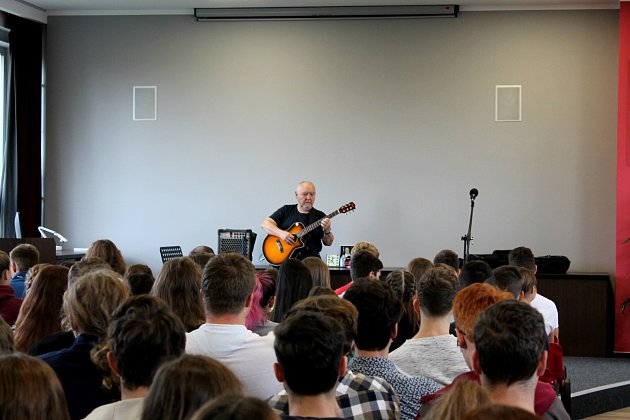 November 1989, the period of the struggle for freedom and democracy, but also the fate of the Krill family or the view of the older generation in the present. This was a discussion with Jan Krill, brother of singer Karl, who among his students invited the gymnasium in Český Tesin to mark 29 years since the November events that changed the modern history of the Czech Republic.

The Krilov brothers' family came from Kromeriz and owned a printing press.

"In addition to regular press, we have printed and forbidden prints against the Great German Empire," Jan Kril told students of the story of his family, which was certainly not easy.

In an interview, he also discovered that he does not condemn the current generation simply because of his second view of the world.

"I will be seventy-two, and my generation condemns a new generation just because it does not understand it, it grew in a completely different way of life, as well as highly developed techniques." But the generation is not bad. It's just different. heads, and to get to what we need, it's enough to start it. "

The question of what he says in the form of a new interpretation of brotherly songs answers:

"Nobody knew much about Charles's songs until Dan Land started singing them. I'm not excited about Danijela Land by rewriting Morituri Te Salutant as literally a song for the fight, because in the original it is the opposite," but at the same time acknowledges that on the other hand , at least in that way, the young generation came to Krily's office. 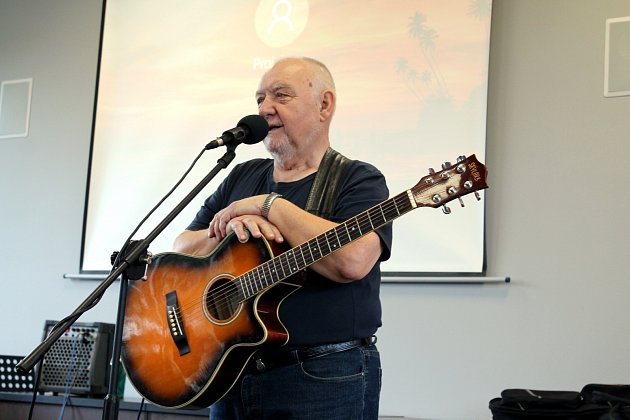 The beginning was very difficult for Jan Krila, many call him a parasite that only nurtures brother's former glory. "When they found out that I played my stuff and at most two" Karlovaka "they might have changed."

Since thirteen, Karl has learned to play the guitar of the alleged five chords, which he has not played for a long time. After his death, he co-operated with various folk musicians who followed him after the concerts and programs.

"Actually I started my career for fifty years," he adds.

On Wednesday, a discussion was held at the initiative of the director of the gymnasium in Tešin, who acknowledges that Karel Kril is an icon for him and that Jan Kril's participation is highly appreciated only because his attitudes and memories can attract contemporary students. For Charlemagne, the character was rather unknown, but even so, the lecture was interesting and perhaps enriched by historical facts in another way.