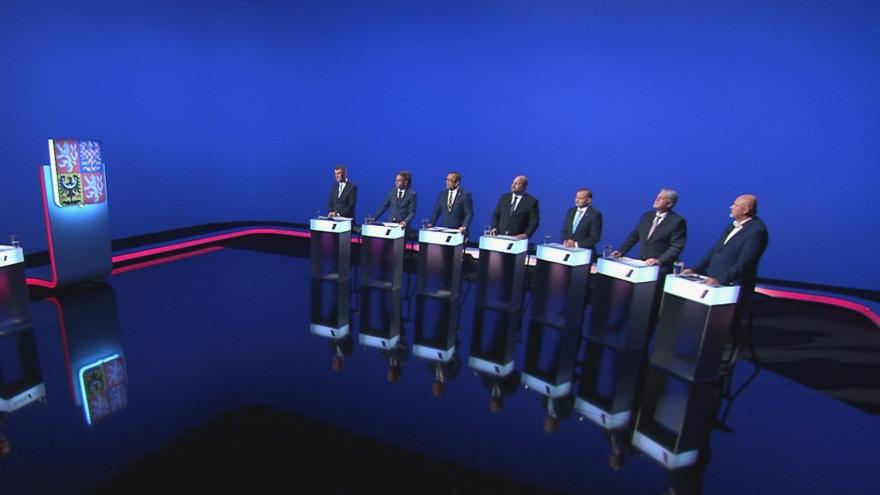 According to the prime minister and leader of the movement COURSE Now the most important thing for Andrej Babiš is to convince people to get vaccinated. The government has launched a massive media campaign to promote vaccination. “We involve celebrities, we convince people to get vaccinated, we target young people,” Babiš said. Mobile equipment or unregistered vaccines should contribute to greater vaccine coverage. “We are waiting for a vaccine for younger children and we are seeing what in the world we treat with antibodies,” Babiš added.

Head of the coalition PiratesSTAN Ivan Bartoš is not sure about the degree of vaccination. “The goal was – and the prime minister himself declared it – to vaccinate seventy percent in August.” According to Bartoš, screening, vaccine availability, and antibody recognition are important. “Presenting a plan, giving people certainty about what will happen, is absolutely crucial,” he added. In addition to professionals, according to Bartoš, should also be vaccinated in pharmacies.

Jaroslav Pelc, who is the leader of the regional candidate of the movement OATH, agrees that the Czech Republic needs to have enough people vaccinated. “Now I would imagine that there would be a big campaign here to explain to people the benefits of the vaccine, that if they were vaccinated they would not end up in the ICU and would not die,” he said. You don’t understand why, if the YES movement has one of the best election campaigns, why isn’t it so? He also considers mobile equipment important. It regrets that the Czech Republic is not at the level of vaccination coverage like Portugal, Denmark or Sweden.

For a mass campaign it is also essential CSD. In addition to information, regional leader Zdeněk Matouš would offer people benefits for vaccinations. “They’re there to motivate employees, because if we don’t get more than seventy percent vaccination coverage and more, we’ll keep spinning in that circle and we’ll constantly deal with the covetous,” he said. He added that the coronavirus is the biggest threat after 1945. He opposed the fact that the current government, which includes the CSSD, did nothing during the epidemic.

Coalition regional leader TOGETHER Karel Krejza described the current situation in the Czech Republic as a crisis of confidence. He recalled the death toll, the long closure of schools and the economy. He thinks the Swedish way is the right one, that is, just make recommendations and trust people. “I would also leave it to people now, they have the opportunity to get vaccinated, those who are not afraid of it and who have suffered from the disease have antibodies and if anyone wants to take a risk, it is their free decision,” he added. . . But vaccination was recommended.

KSČM during the pandemic, he supported the state of emergency and gave the government a chance to introduce some measures. Regional leader Jaroslav Kominek considers the constant rotation of health ministers to be an absolute failure. “What doesn’t help is exactly what the audience is looking at,” he said in the debate, “politicians’ assumption has clearly failed here. If one is to believe how one should behave during the coronavirus, if one “Should he be vaccinated or not, I think it would be good for the Chamber of Deputies to find common ground,” he said.

SPD he has long told voters that he is against general bans. Jaroslav Foldyn, who leads the regional candidate, is also upset by the political hysteria surrounding the covid. “It just came to our minds then. We, as SPD, reject forced affairs,” he added. According to him, the massive vaccination support campaign should be carried out differently. “Vaccination advertising looks like advertising for the sale of shoes, no one can believe it. I think it’s imperfect, it should be directed by experts. I don’t care what any actor or writer thinks,” Foldyna concluded. .

The selection of the groups represented in the debate is based on a survey on the voting potential of Kantar CZ and Data Collect for ČT, as well as on the weight of candidates and their long-term support found in the preference polls of ČT. vote.

The electoral potential shows what the maximum possible benefit of a political entity could be if all the voters who were considering it were in favor. Respondents may designate more than one party to decide. In a survey conducted between August 19 and September 3, interviewers asked three thousand people. The statistical error is about 1.9 percent. The results must always be related to the date of data collection and must be understood as the current electoral potential in the elections to the Chamber of Deputies. Therefore, it is by no means a prediction of election results.