The asylum house in Breclav is closing. Because of the lack of money 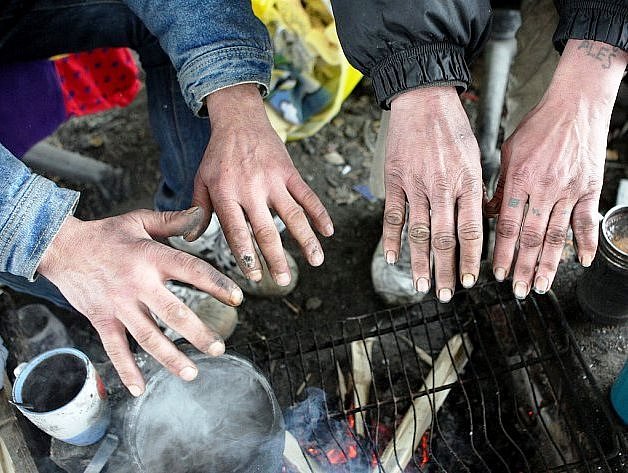 South Moravia – Although the outdoors begin to freeze and the first snow appears, workers of the Asylum Home in Breclav are slowly preparing to stop the work of the facilities. In a month. Because of the missing money. Homeless people will lose their shelter. The director of the Breclav humanitarian organization has not yet given up and plans another meeting with representatives of the region.

Novost Rovnost confirmed the end of the work of the Head of the Asylum Home Veronika Heklova. "The registration for social services was completed by December 31 this year, which means that the work of the house ends on that day," Heklova said.

The Asylum Center has been operating in Breclav since 2007. "The capacity of the facility is thirty beds, we usually occupy about ninety percent. As the shameful house ends, the interest of the homeless is lower," Hekl said.

According to the director of the Breclav Regional Charity Center Josef Gajdosa, the city has no support. "I do not think there will be people who will not need our help to cancel the house, every rescue of the house costs more than the co-ownership that the counties and the city refused to provide.However, the sponsor is the city, so it's on it.We have tripartite negotiations on November 29th and we suggest the cheapest option to save the house, "the director said. "Let's hope these people do not stay in the forest overnight in the forest," added Gajdos.

Management Breclav is not considering further negotiations with charity work by Deputy Mayor Yaroslav Valek. "Charity is not licensed to provide these services, so further discussion is irrelevant. It's nothing," Rat said.

The work of the house for the next year lacks 800 thousand crowns. Several clients will find themselves on the roof overhead. "I do not know where to go, my family is scattered somewhere in the country," said a previously innocent man, a client of an asylum in Breclav, who did not want to publish his name. A man after a serious injury without a shield will not make a step. He lost his home. In need six years ago, he found a refuge in Breclav asylum. A funny retiree now feels that it will end in mid-winter. Like a dozen other people.

The need for shelters and shelters these days is documented, for example, by the situation in Blansko. "We have fifteen homeless beds in our country, it's pretty full now. Women are the closest to the home for women in Brno," said Jiri Papiz, manager of the nightclub. They have a whole week. The person in Blansko will pay 40 kronor.

Forty-four beds prepared asylum workers in Znojmo. "Ten for women, the rest for men." At the moment we have vacancies for men and women, now the youngest user is 34 years old and the oldest 76 years old, "said Milush Jakubova, head of the house.

At night in Znojmo's house, people pay thirty-one crowns. But his workers do not throw people out of money. "A person who is interested in accommodation is accepted even if there is no money for rent, he helps in solving physical extraordinary benefits, especially the housing allowance. more complicated, the applicant is currently offered a dormitory in which only forty crowns are paid, "Jakubova added.

Only the Asylum Center for mothers with children in distress in Opatovica is working in Viškovo. It was led by a society of general interest. "We are only in Vishkovo, but the classic homeless house is not here. It used to be a dormitory, but it was not used, and therefore its work is over," said Alena Sigmundova, head of the house. The Asylum Center that operates has a capacity of 21 persons. "We now have six mothers, the rest of the house is their children," added Sigmund.