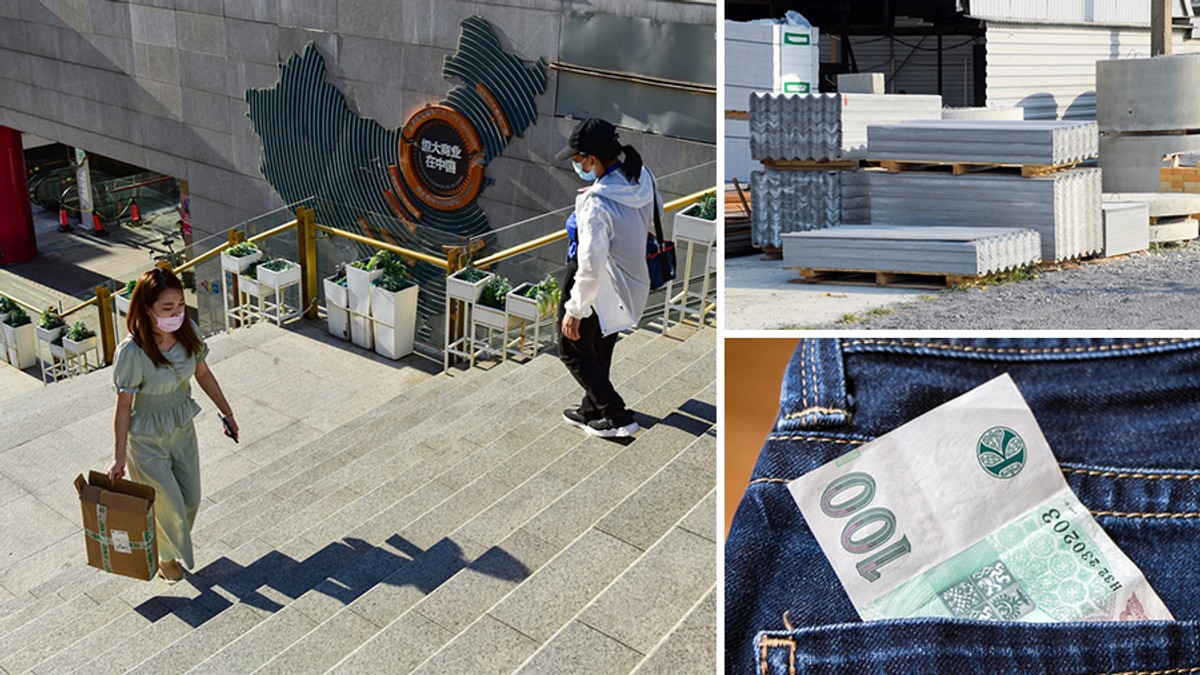 Chinese-indebted developer Evergrande is due to pay interest on foreign bonds worth $ 83.5 million (about $ 1.8 billion) by Thursday. Otherwise, real estate companies would face bankruptcy. According to experts, this could also affect the Czech economy.

It is still unclear whether Chinese company Evergrande will pay interest. The developer will have to pay $ 47.5 million (approximately one billion kroner) next Wednesday. If the company does not pay its liabilities, it goes bankrupt.

It is the collapse of this huge company that could really ruin the world economy. The Czechs could also feel trouble. Economists agree that this is a very important case that should not be taken lightly.

“It’s important to follow the case of a Chinese developer. It’s a huge company. If it couldn’t repay its liabilities, it would also affect, among other things, the European institutions to which it owes money,” said economist David Marek. TN.cz.

Impact on the Czech Republic

Economists believe the collapse of Evergrande real estate should not have consequences for the global economy like the collapse of US bank Lehman Brothers in 2008. Most problems are expected in China. It was there that the Chinese government asked the authorities to prepare for the possibility of the company going bankrupt. However, state officials want to ensure that the event does not shake the local economy too much.

However, if the situation worsened, the Czechs would also feel the impact. “I can imagine that if they started to fail in China, that would affect the global construction market. It could be mixed with material prices,” said economist Pavel Peterka.

Imports and exports would also have problems. “It would impact us that it could temporarily slow down the growth of the Chinese economy. And as it is the world’s second largest economy interconnected with the Czech Republic, it could mean that Czech exports to China or imports from China could have temporary problems.” . Marek explained.

“At a time when the Chinese financial sector would be damaged, other companies would also get into trouble. Due to the growing mistrust, no loans would be given. This could block production and therefore deliveries to Europe. The situation is serious, “he added. economist Štěpán Křeček.

According to some experts, we would also feel the changes when we travel to other countries. “It would be a pressure that would go towards a weakening of the crown in the Czech economy. This could make us more expensive abroad,” said economist Dominik Stroukal.

Many people compare the situation to the crisis of 2008, when the US investment bank Lehman Brothers collapsed. However, according to experts, the bankruptcy occurred suddenly in this case. Instead, the problems of the Chinese developer have been known for a long time.

“At the moment, it seems to be an isolated case. It should not threaten the economy like the collapse of the bank in 2008,” says Peterka.

“The volume is huge. But the Chinese economy is large and able to absorb a lot. It should not trigger dominoes. No one expects a global recession to begin,” Stroukal concluded.

The Czech economy has collapsed this year. Learn more in the following report: