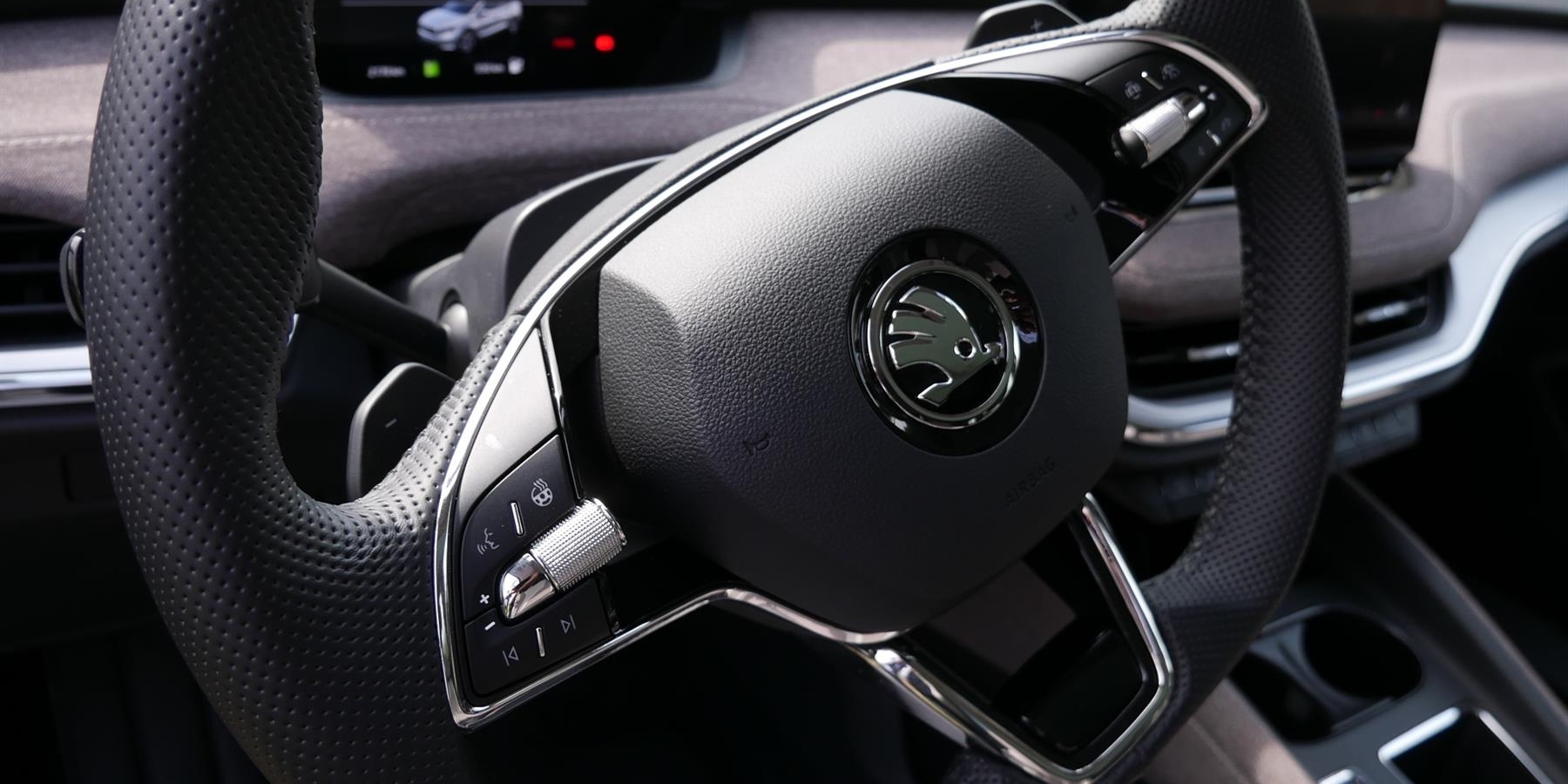 We are interested in electric cars. They are innovative pieces of technology full of interesting tweaks and the unit itself deserves our attention. And so we took the opportunity to try the Škoda Enyaq, the first production that Škoda developed exclusively as an electric car. Watch the video above where we summarize our findings. At the same time, we examine the car more as an electronic device, leaving the evaluation of the design, amplitude or driving characteristics to colleagues of Auto.cz or AutoRevue.cz (here they have compared Enyaq with Volkswagen ID.4) .

For most drivers, an electric car is hitherto unknown, but there is nothing to worry about. The starting process is more or less the same as in a normal car with automatic transmission, the procedures themselves, of course, are no different either. But then the electric car surprises with the flexible acceleration of the electric motor, which pulls gently and constantly, while absolutely silent. It gets used to it very quickly.

They do not change in an electric car, here you do not need a classic transmission. Just accelerate and slow down. However, braking is a bit of a science here, as energy recovery is used in batteries. and in the case of Enyaqu, the “paddles” under the wheel can be used to determine the intensity of the recovery. When you go down a steep hill, the strong recovery can only slow down the car with the engine, producing a lot of energy. However, on a gentle descent, you can cushion the recovery and let the car “slide” by gravity without having to keep your foot on the gas.

The interior is dominated by a 13-inch touch screen. It controls all the functions of the Škoda system and navigation, Android Auto and CarPlay are also available.

Enyaq has the recovery solved intelligently, as in the automatic mode it collaborates with the data of the navigation map and the car can automatically restrict the recovery in the places where it is necessary to brake. Usually at the entrance of the village or before a sharp bend. If you do not test the car with the accelerator pedal, it will slowly decelerate to a safe speed without using the brakes.

He takes care of driving in the car synchronous electric motor with permanent magnets, which has a maximum power of 150 kW and a torque of 310 Nm. It drives the rear wheels and provides solid dynamics to the car, even though it weighs more than two tons. Of course, the greater weight is due to the battery, which is located on the ground and therefore has at least a good effect on the center of gravity.

How about the batteries

The car battery we tested had a power of 82 kWh, while that of 77 kWh. The reservation is necessary to guarantee a long service life, which Škoda has established for at least eight years. After that, the battery can still be used, but the capacity may be lower. It’s a shame it’s like that used batteries will give life to home battery systemswhere they can continue to serve for several years. In a “pantry” of household batteries, it no longer matters whether the ratio of accumulated energy to the volume and weight of the batteries will be slightly worse. At the same time, batteries continue to operate reliably even with reduced capacity.

In cars, batteries can be revitalized by replacing the weaker modules. Each 82 kWh battery consists of 12 modules of 24 lithium-ion cells. When a module comes out, it can be replaced with a new one, increasing the total capacity of the battery. No need to buy a new battery right away.

The promised range in a single load is up to 537 kilometers, with air conditioning, radio and easy legs, it is rather about 400 kilometers. It can then be recharged at fast charging stations, while the fastest can be charged with a power of 125 kW and direct current. Is battery from zero to 80% charged in 40 minutes. There aren’t many such chargers yet, so expect recharging for an hour and a half at 50 kW stations. In fast chargers, it is indicated that the charging time can reach 80% of the capacity, because in the end the charging power must decrease and the charge is reduced, with respect to the electrochemical processes of the battery.

But at home you can charge the car up to 100% quietly. In a three-phase domestic power outlet with an input power of 11 kW, the car is charged at full capacity in 7.5 hours, in an ordinary single-phase outlet in about 30 hours.

(…)
A small screen on the steering wheel and a front screen on the windshield (the image in the photo looks small, but in fact is large enough)

In addition to propulsion, electric cars are often interesting in other technologies, and Enyaq is no exception. It has voice control with Laura’s assistant, a series of driving assistants and also a front screen with augmented reality elements. Not only the speed, but also the navigation instructions are projected directly on the glass, while the arrows showing the direction of travel appear to be standing directly on the road and gradually approaching. It may not be as fantastic as it sounds, because the field of view is a bit limited and the arrows are not firmly anchored to the road by the software, but it still works pretty well and is not a feature that should be turned off later. of a few. kilometers. On the contrary, it is quite addictive.

The video above shows how tech enthusiasts can impress on their first trip to Enyaqu. You will learn more details about what works in an electric Škoda.