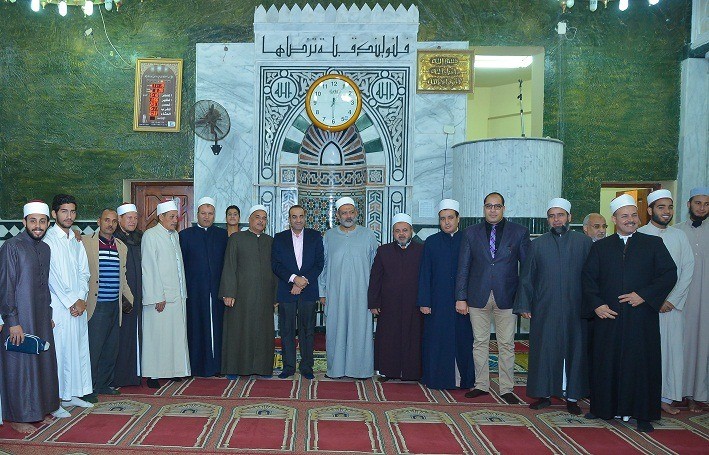 Director Avkaf Matrouh organized a religious dinner titled "The Love of the Prophet of Allah" in the Al-Tanaim Mosque in the city of Marsa Matruh. The ceremony was attended by Eng Tamer Said, Secretary General of the Governor, Sheikh Mohamed Iunus, General Director Avkaf Matruh and a large number of religious leaders.

The religious evening included the reading of the Qur'an and the giving of gifts and religious prayers to the anniversary of the birth of the World Prophet and his virtual journey that changed the course of humanity through its morale, purity and biography that illuminates the whole world.

Secretary General Matruh praised the Matrouh Endowment Campaign in his love for Allah's Messenger, who calls for raising his creation and adherence to the Sunnah and virtue, and congratulating all the people of Matroech on the birth of the Prophet, urging him to return to Egypt.

It is important to note that the events of the religious evening are part of the campaign of Muhammad Rasul of mankind initiated by the Director Avakf Matruh under the auspices of Minister Avkaf Muhammad Mukhtar Jum during the month of Rabbi I to introduce the prophet of mercy in all: ethics – ethics – affairs, religiously aware convoys, as well as a large number of intellectual gatherings at the level of the cities of the province of Matruh.