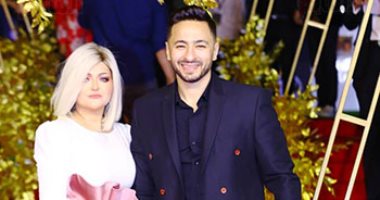 The star, Hamada Hilal, revealed that his wife and children were in a car accident as he re-posted a post from his fan page on the Astori feature to his personal account on the website. ” Instagram “, in which it is written:” God’s destiny and whatever He wants, make your prayers for the speedy recovery of the star’s wife, Hamada Hilal, Dr. Asma Samih, after she and her children had a car accident. 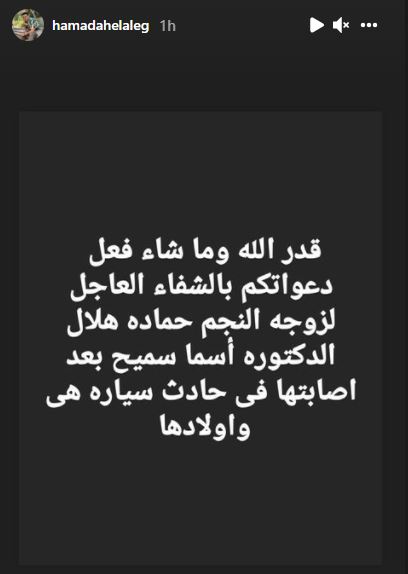 Dr. Asma Samih recently appeared with her husband, star Hamada Helal, on the red carpet at the 12th Arab Satellite TV Festival, which is the first time she has taken him with him to a festival, where she flirted. with her after winning the Best Actor Award for the series “Al-Maddah,” which says, “I took you with me, that’s it, because Why would you say what festivals you take?”“.

Star Hamada Hilal has finally decided to present a second part of the series “Al-Maddah” in the month of Ramadan 2022, under the title “Al-Maddah – The war of the devils”, written by Amin Jamal, Sherif Yousry , Walid Abu Al-Majd and directed by Ahmed Samir Farag, after the first part is shown in Last Ramadan ..