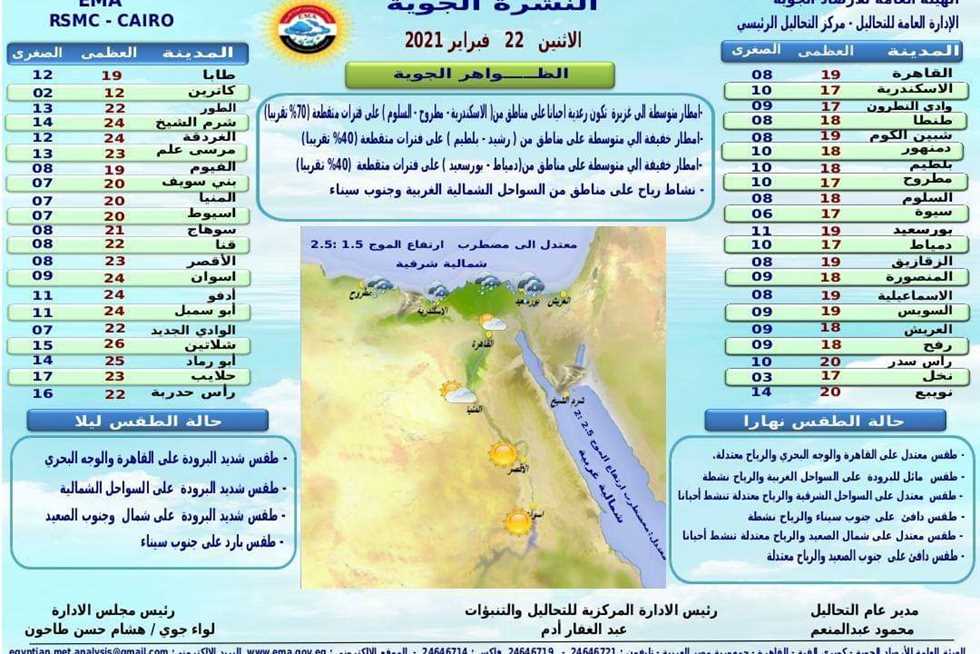 The Meteorological Authority announced the instability of weather conditions and the country’s exposure to a wave of bad weather on Monday and Tuesday, accompanied by heavy rains in some areas of the north coast, Baixa and Sinai, which extend to in Cairo, with significant wind activity.

On Monday, the country will be exposed to a drop in temperatures and moderate to heavy rains in some areas, which will peak on Tuesday.

The Meteorological Authority provided a set of advice to citizens to deal with the wave of bad weather to which the country is exposed, the most important of which are:

– Do not approach or touch the electricity poles of the streets.

Do not participate in any activity freely.

Drive quietly and leave a safe distance between cars

Ensure the safety of car seats.

It is preferable not to park cars under trees, billboards or advertisements, or to sit under them.

Do not be in places of heavy rain, especially when lightning appears.

– Do not be in areas of strong wind.

Keep it away from trees or billboards to prevent them from falling.

Paramedical results 2021. Steps to find out about the winners on the website of the Algerian Ministry of Health

Why not favor the iPhone? .. Bill Gates solves the mystery