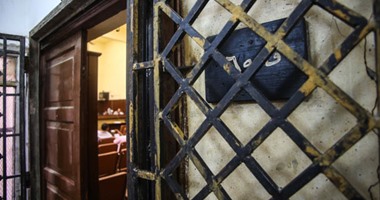 The Misdemeanor Court in Kerdasi sentenced Mohammed Ramadan's wife to a year in prison on charges of murder and a foul after the sudan died in a car accident..

Lawyer, Valid Siraj, the first public prosecutors of prosecutors Karadasa, sent a driver of a woman's artist Mohammed Ramadan to an urgent trial before the Misdemeanor Court. An investigation launched by Islam Shaker, Director Kerdas and Imbab of the Prosecution, indicated that during the car of one of the companies delivered on July 26, the Lebanon Square, which was carrying 5 people, and another Egyptian and his wife, Thailand, and their friend Thai and In Sudan, Sudan, who set off to receive a Sudanese business deal in the restaurant, fired left in front of the car, which led to a collision with a carriageway, and then stopped the road.

According to research, with the car's position on the road, a car with a woman named Mohammed Ramadan and her friend, led by an artist's wife, crashed into a parked car on the right, injuring three Egyptian car renters and his Thai and Thai women. 41 years seriously in the head led to a coma as a result of bleeding and was transferred to the hospital and died an hour later from the injury.

Wife of artist Mohammed Ramadan and her friend were injured due to fracture of the foot while the car was completely broken, and the head of Kabouta was hit by the car of Ramadan's wife. The prosecution accused driver Abd al-Aziz (27) of killing a Sudanese dead and three others wrongfully. Investigation As soon as an investigation of the incident and the hearing of the injured persons was heard, the accused was sent to the Misdemeanor Court in Kerdas.