With a poetic song. Ramadan Sobhi supported the Red Castle before he met Algeria tonight

Ramadi Sobhi, an English star of Hadersfield, expressed his support to the clubs in the club Al Ahli before the upcoming Champions League final in front of the Tunisian club Al-Tura on Friday.

"Four characters have written achievement," said Ramadan Sobhi. "They wrote the achievement four times," he said. "My family is the most beautiful. 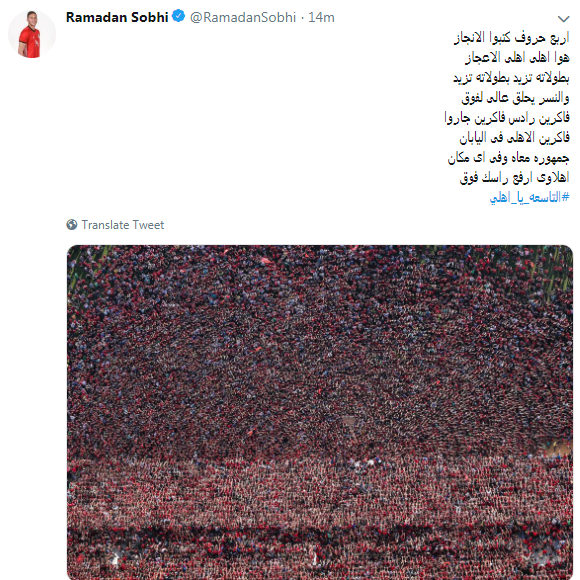 Ahli will be a visiting guest on the side of Tunisia on return to the African League League final at Rades Stadium at 21:00 on Friday, and the first match ends with a victory of the Egyptian champions with three goals against the goal, which will give the team a great satisfaction before the return match. To return to their advantage to crown the ninth championship, which seeks red fans since 2013.