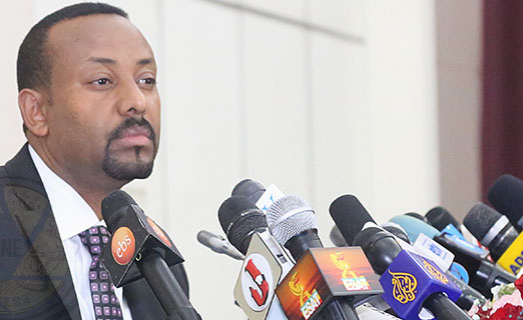 The arrest of a high profile for abuse and corruption comes as Prime Minister Abhi Ahmed carries out reforms. The general prosecutor also accused intelligence officers of attempting to assassinate a new prime minister.

High profile arrests are the outcome of a five-month investigation ordered by Prime Minister Abhi Ahmed, who has confirmed a series of political, diplomatic and economic reforms since coming to power in April.

Chief State Prosecutor Berhan Tsegaie said 36 security officials were issued an arrest warrant for the abuse, while 30 people from the military conglomerate Metals and Engineering Corporation (METEC) were charged with corruption.

Security officials have been charged with abuse in prisons, including "beatings, forced confessions, sodomies, rape, professional strikes and even killings," Berhan said.

In the meantime, METEC has experienced corruption in procurement practices, said the Attorney General.

"METEC officials took part in the purchase of goods worth $ 2 billion (1.8 billion euros) without any tendering procedure," Berhan said.

Berhanu also said senior security officials were involved in an attack in June that killed two people at a rally in Addis Ababa shortly after Abii left the scene.

In September, five people from Oromo's Liberation Front, the Abii group, pardoned together with thousands of others, were arrested for the attack.

"The evidence we have collected shows that the senior head of the National Security Agency ordered Oromos to attack because it would mean that the Prime Minister – Oromo – killed Oromos," the lawyer said at a press conference. "It would also (i) leave the impression that he did not support the Oromo population."

Berhanu urged the former intelligence chief to surrender and said several suspects escaped from Ethiopia or were hiding.

The Ethiopian government is traditionally dominated by the ethnic group Tigraian, despite the fact that there are more than 80 ethnic groups in the country. Abii is the first leader of Oromo EPRDF.

Their reforms were challenged by security services and fueled by long-term government structures, since the EPRDF came to power in 1991.

Under his short name, Abi lost political restrictions, allowed greater media freedom, and established peace with Eritrea. He also promised to open state-owned economic sectors to the economy and acknowledge the brutality of past security services.

An important step for responsibility

Amnesty International welcomed the arrest of security officials for abuse.

"These arrests are an important first step towards ensuring full accountability for abuses that have been advocated by the country for several decades," said Joan Nianiuki, director of Amnesty International of East Africa. "Many of these officials were at the head of government agencies who were notorious for human rights violations, such as the torture and arbitrary detention of people, including secret facilities. We call on Prime Minister Abi to take further steps to ensure justice and accountability for all violations and abuses of human rights in the past, and at the same time ensuring fair trials for all arrested individuals. "

Every evening in 1830 UTC, editors of the DV send a selection of daily hard news and high quality journalistic content. You can sign up to receive it directly here.