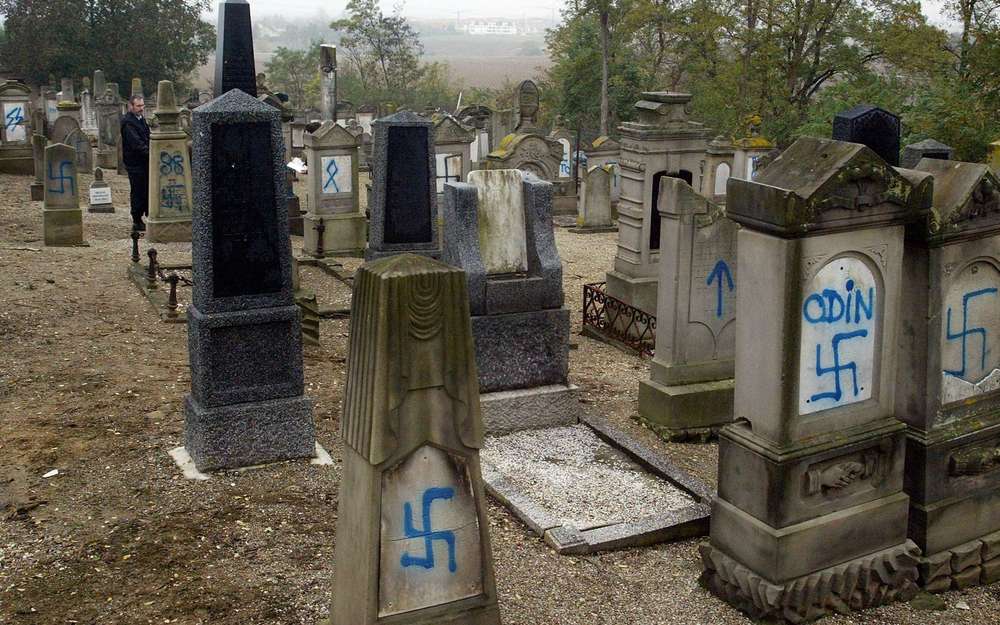 Anti-Semitic and racist signs, targeting in particular the prefect of the Grand Est and migrants, they were registered in the house of Mayor Brumat, u Bas-Rhin, from Thursday to Friday.

"All the facades of the house and the garage door were marked at a height of two meters"Etienne Wolf's mayor said" confused ".

It is written, he described in detail: "Mark = Jude" (Jewish in German) near the swastika, "Jewish Prefect Mark, we do not want more migrants," "Migrant raus" (outside German) or "Alsace selected = sold".

My name was not, but my house was targeted as Algeria's choice, "he added, adding that he was a Catholic and had been teaching religion for thirty years.

The complaint was filed with the gendarmerie, and the criminals' identification technicians carried out the research index, said the elected, who is the vice-president of the council council of Bas-Rhin.

Etienne Volf then had paint-covered inscriptions.

"It's been 18 years since I was Mayor, I have never been faced with this problem"

Five other communes are hit

Anti-Semitic inscriptions, which, among other things, were referred to by the prefect Jean-Luc Mark, were noticed in the last few weeks in five other communes of Bas-Rhin, said the prefecture.

Prefect Mark filed a complaint after these facts, he added to the prefecture without further details.

LR Jean Rottner, in his statement, condemned "acts (which) are contrary to the spirit of respecting the Other and humanism that characterize our territories" and expressing their "deep indignation".

Prime Minister Edouard Philippe announced on Friday, 80 years after the fatal night of Crystal and his Nazi atrocities against Jews in Germany on November 9, 1938, that anti-Semitic acts in France increased by more than 69% over the past nine years. first months of 2018