In Gonesse, the abandonment of the EuropaCity project does not solve the problem of the artificialization of agricultural land 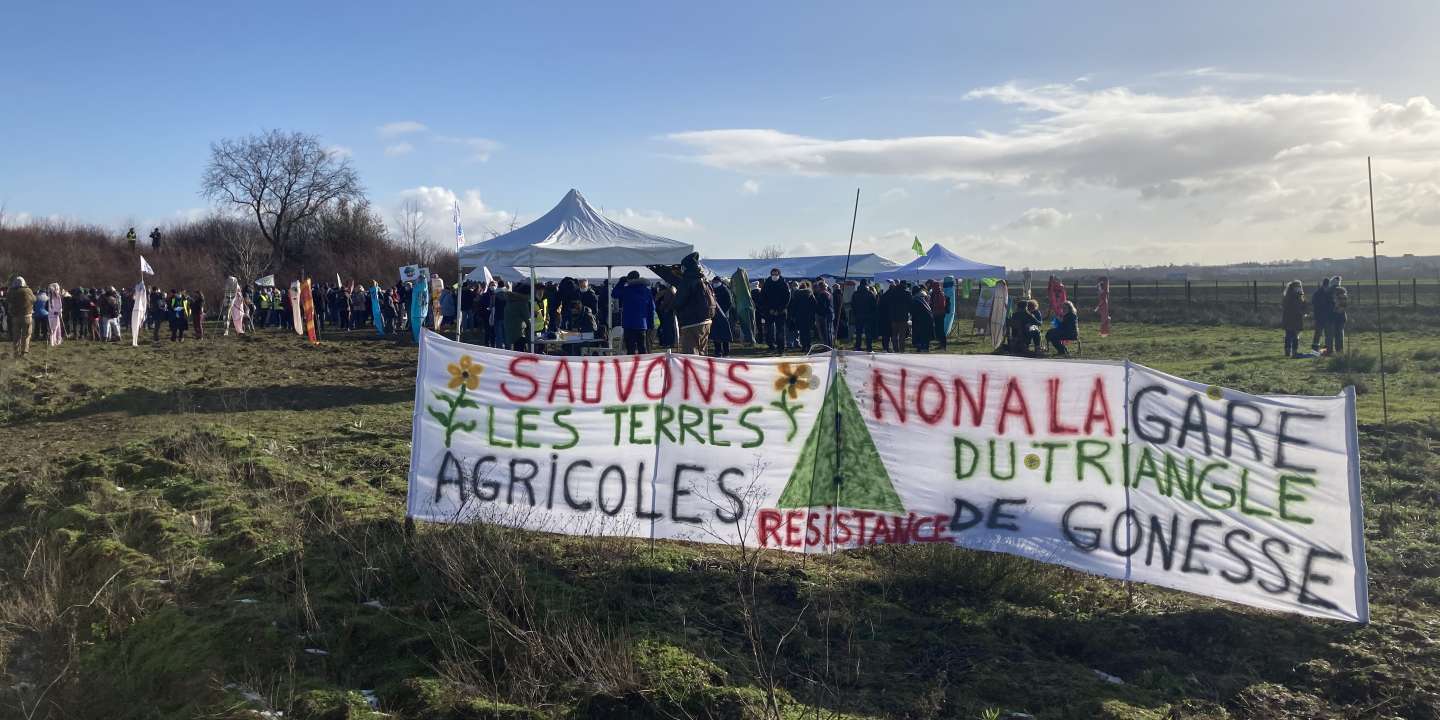 The abandonment of Emmanuel Macron of the EuropaCity project –mega-shopping and leisure center– in November 2019 does not mean that the agricultural lands of the Gonesse Triangle (Val-d’Oise), which were destined for him, will not be not artificialized. “The victory will be when the station project is abandoned, when it will also be the activity area, declared on Sunday, January 17, in front of several hundred protesters, Bernard Loup, the president of the Collective for the Gonesse Triangle (CPTG), not far from the site planned for the future station.

Article reserved for our subscribers Read on too EuropaCity: the mega-complex project definitely abandoned

It would be on the future metro line 17, which will link Le Mesnil-Amelot (Seine-et-Marne) with Saint-Denis (Seine-Saint-Denis), passing in particular through Roissy and Le Bourget airports, according to the Grand Paris Express scheme. . But originally intended to serve EuropaCity, what would it be used for tomorrow? “You don’t make a station in the open when you don’t know why or for whom, protested Bernard Loup. We do not oppose the passage of line 17, but this station will lead to the construction of an area of ​​activity that will destroy agricultural land. “

Among the protesters, faithful to the struggle as the MEP of Europe Ecology-Les Verts (EELV) Yannick Jadot, the deputy of La France insoumise (Seine-Saint-Denis) Clémentine Autain, many elected officials from neighboring municipalities, such as the Deputy Mayor (EELV) of Montreuil (Seine-Saint-Denis), Mireille Alphonse, who presented a deliberation of its municipal council, voted on December 9, 2020 to support the project Carma (Cooperation for an ambition rural metropolitan and agricultural)) raised by opponents. “We need to conserve these lands to develop quality peasant agriculture, with short supply chains and therefore ensure sustainable, quality food for those who are deprived of it.”, advances Mireille Alphonse.

On Sunday, walking through the mud, protesters heard the writer Marie Desplechin read the “Oath of the Gonesse Triangle”, with which the signatories pledged to defend the 110 hectares currently planned for the station and the area of activities. . “These 110 hectares must be considered as a common heritage. “ The Carma project wants to guarantee the agricultural vocation of the area. On the 670 hectares of the triangle, it aims to ensure the production, ecological and organic production of agricultural products, in the desire for short circuits to ensure the food autonomy of cities.

You have 67.57% of this article to read. The rest is for subscribers only.