“Since we are not presented with any evidence of his guilt, it means he is not guilty.” 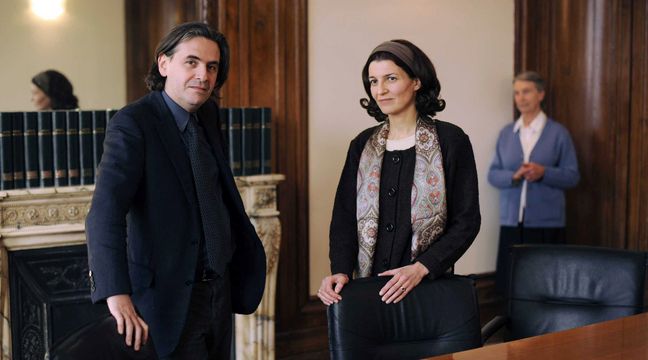 Ten years ago, to this day, Agnes Dupont de Ligonnès and her four children were murdered in Nantes. Untraceable despite police and media pressure, Xavier, the father of the family, remains the sole suspect in the five-time murder. A version to which Geneviève and Christine Dupont de Ligonnès, mother and sister of the fugitive, did not adhere, however. Today walled in silence, the two Versailles, moreover, noted for their religious practices, are only expressed through the voice of their lawyer, Me Stéphane Goldenstein. Interview.

How are your customers today, ten years after the fact?

They are tired, they are tired of being slandered. The latest news from the media is that Geneviève and Christine are at the head of a sect, that they have embezzled money … They are extremely pious women but they do not hurt anyone. We embarrass them when they suffer terribly and only claim to live in anonymity and tranquility. I understand that we ask ourselves the reasons for the passage to the supposed act of Xavier Dupont de Ligonnès and that we consider that religion can be a hypothesis, but from here to unearth old stories without foundation … Add pain to your pain. .

Can we live normally when we bear the name of Dupont de Ligonnès?

No, we can’t. Let me give you an example: when Geneviève was hospitalized this summer in Yvelines, after the publications of Society, the head of department told medical staff: “You can invoke your conscience clause if you do not want to treat Madame de Ligonnès.” A crazy thing. Fortunately, no doctor did. There are also consequences within the family. One party criticized them for fueling the controversy. This explains why they no longer want to express themselves. The Hodanger family [famille d’Agnès Dupont de Ligonnès] it has always been completely silent. Maybe he was smarter than us.

No, it has not changed. In fact, my clients analyzed all the elements of the case, those of the prosecution, the defense, the gray areas, the contradictions, the uncertainties, to conclude that, in the end, we did not know the truth. There is a judicial truth, there is a media truth, but the original truth does not emerge from the acts of investigation. From there, they took the path of reason for a mother and a sister who said, “After all, why would Xavier have lied when he announced in a letter that he was leaving? his family on the other side of the world? Since we are not provided with any proof of his guilt, it is because he is not guilty. “

We will not redo the whole file, but the autopsies were done in a hurry, probably due to media pressure, and the material findings can be questioned: weight, height, face identification … My clients were at Versailles, they did not see the bodies. The judge gave a burial permit very quickly, which is surprising for this criminal case. The burial was also quick. A family doctor friend was also denied access to the bodies on the grounds that the identification was formal. He added more doubts for them, in retrospect.

However, this theory is very hard to believe. She was also formally fired by the courts …

Of couse. It’s also hard for me, lawyer, to think that we’ve been able to replace agencies for the benefit of other agencies. But that is their position. I don’t share it but I respect it. We can also conceive of it for victims to whom we do not provide irrefutable evidence. Distrust of appearances. Let’s not forget that they are victims. They have lost a brother, a son, young children, a daughter-in-law … This truth that is specific to them, is perhaps the best way to avoid suffering.

What do you expect from the survey today?

That we finally find out where Xavier is so we can shed full light on what happened. It is unthinkable for them to commit suicide. They say he is not part of their personality. They hope to see him and his family again. It must also be said that this history of exfiltration in the United States seems so unlikely that researchers never dug into this hypothesis. Obviously, I understand that there are extremely serious and concordant clues that weigh against Xavier. But I regret that the research has gone in one direction from the beginning. Prior to April 2011, there were no warning signs. We interpreted things but in reality all his friends, from his family, thought it was not possible for him to do so.

If Xavier Dupont de Ligonnès is alive, is it possible that he came in contact with his close family?

This is what happens in every criminal record when a person flees. So it makes sense that we are looking at the closest family. My clients have been affected several times and still have to do so from time to time. But I’m sure they haven’t heard from Xavier. I think I wanted to leave them with the image of a potentially innocent man.

How did you experience Glasgow’s failure on October 11, 2019?

There is a stupid police officer who threw information while he wanted to froth and threw discredit on all the French police. For my clients, it was a painful time. But they are really strong, they avoided hearing everything that was said.

Many reports have been published about the case, also fictions. What do you think?

Don’t look. I’m even bored, even if I understand that the mystery of this affair fascinates.

Do you think the case will be resolved in ten years?

I hope we found it. I think so. The more the press talks about it, the more possible it is.