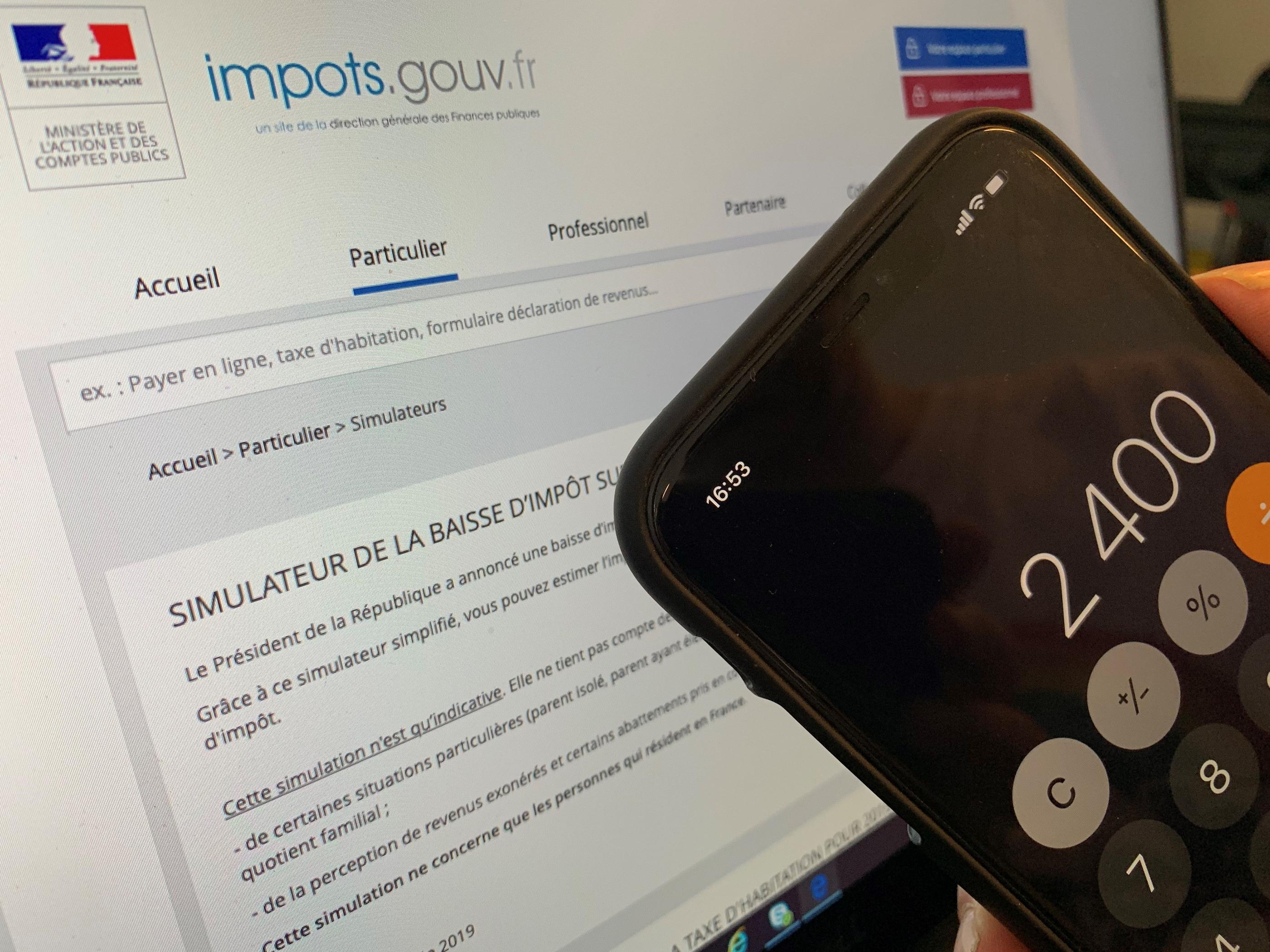 Spring has barely begun when income tax returns end. If the deadlines are already known, it is not yet clear what the start of the campaign will be. It should be released in mid-April. So, before you delve into your statement, take a look at the main news.

As last year, all taxpayers whose primary residence has Internet access must complete their return online at Impots.gouv.fr. Tolerance is provided to those who consider themselves incapable of doing so. A chat assistant (or chatbot) should also be set up to respond more quickly to recurring requests from taxpayers. In addition, the Directorate-General for Public Finance (DGFiP) has reviewed the application, which now offers the ability to identify itself using biometric sensors (fingerprint and facial recognition).

In 2020, some 12 million households benefited from the automatic declaration. It should be even more so this year as, in addition to taxpayers who have income already known to the administration, are added to the list of beneficiaries those who have also reported by 2020 a birth, an adoption, the collection of an adult child or food receipt. If you are eligible for automatic return, you will need to verify the previously completed information. If everything is correct and complete, you don’t need to do anything.

The Covid crisis requires that telework has developed at a rapid pace in a year. Sometimes with costs that can exceed 100 euros per month for some employees, according to a study by ConvictionsRH. The bonuses paid by the employer for teleworking at home in 2020 are exempt from personal income tax, up to a limit of 550 euros for the year. For employees who opt for the deduction of actual business expenses (instead of the 10% reduction automatically applied by the tax authorities on taxable income), you can, if more favorable, eliminate the exact amount of your expenses. Be careful, in the latter case, you must keep all supporting documents.

Remuneration received for overtime (or overtime when one is part-time) is exempt from taxes up to the annual limit of 5,000 euros. This limit rises to 7,500 euros if they have been carried out between March 16 and July 10, 2020, a period of health emergency.

The exceptional premium (known as the “Covid” premium), paid in 2020 to public officials and employees of private healthcare establishments or the social and medico-social sector, is exempt from up to 1,500 euros. The purchasing power premium (known as the “Macron” premium), paid in 2020 to employees who have received remuneration less than three times the minimum wage during the previous twelve months, is not subject to taxation up to the limit of 1,000 euros. When it is paid by an employer who executes a profit-sharing agreement, it is exempt up to 2,000 euros.

Newsletter The essentials of the morning

A tour of the news to start the day

Due to the health crisis, the ceiling of the 75% tax reduction for donations to aid associations for people in difficulty had risen to 1,000 euros last year (instead of 552 euros previously) . The measure is extended to 2021. Specifically, if you donate 1,000 euros under this device called “Coluche”, it will only cost you 250 euros. Beyond this ceiling, the surplus falls on the common law regime of donations to associations, with a tax reduction of 66%.

From May 2020, taxpayers traveling to work by mechanical or electric bicycle, car sharing or using shared vehicles can receive a sustainable mobility package. He is now exempt from up to 500 euros instead of 400 euros last year. With regard to mileage allowances, the cost of professional travel by electric car is increased by 20% compared to thermal vehicles.

Until now, only amounts that exceeded the exemption thresholds had to be declared. From now on, the income of apprentices and students must be fully disclosed. The salaries paid to apprentices, however, remain exempt up to a minimum annual salary (ie 18,655 euros). For salaries of students under the age of 26, the exemption limit is set at three minimum monthly salaries (4,664 euros). The rules are the same, regardless of whether or not the person concerned is linked to their parents’ tax family.

The platforms of the collaborative economy (Airbnb, Getaround …) were already obliged last year to transmit to the tax authorities the amount of the resulting income. But, as Parisian Jérôme Fournel, director general of public finance, said last year, “not everyone did it” and “the data was sometimes not usable as it was.” This year, the platforms communicate to the administration the income of their users, which will therefore be filled in prior to the declaration. The taxpayer is then guided to determine the taxable nature of these sums.