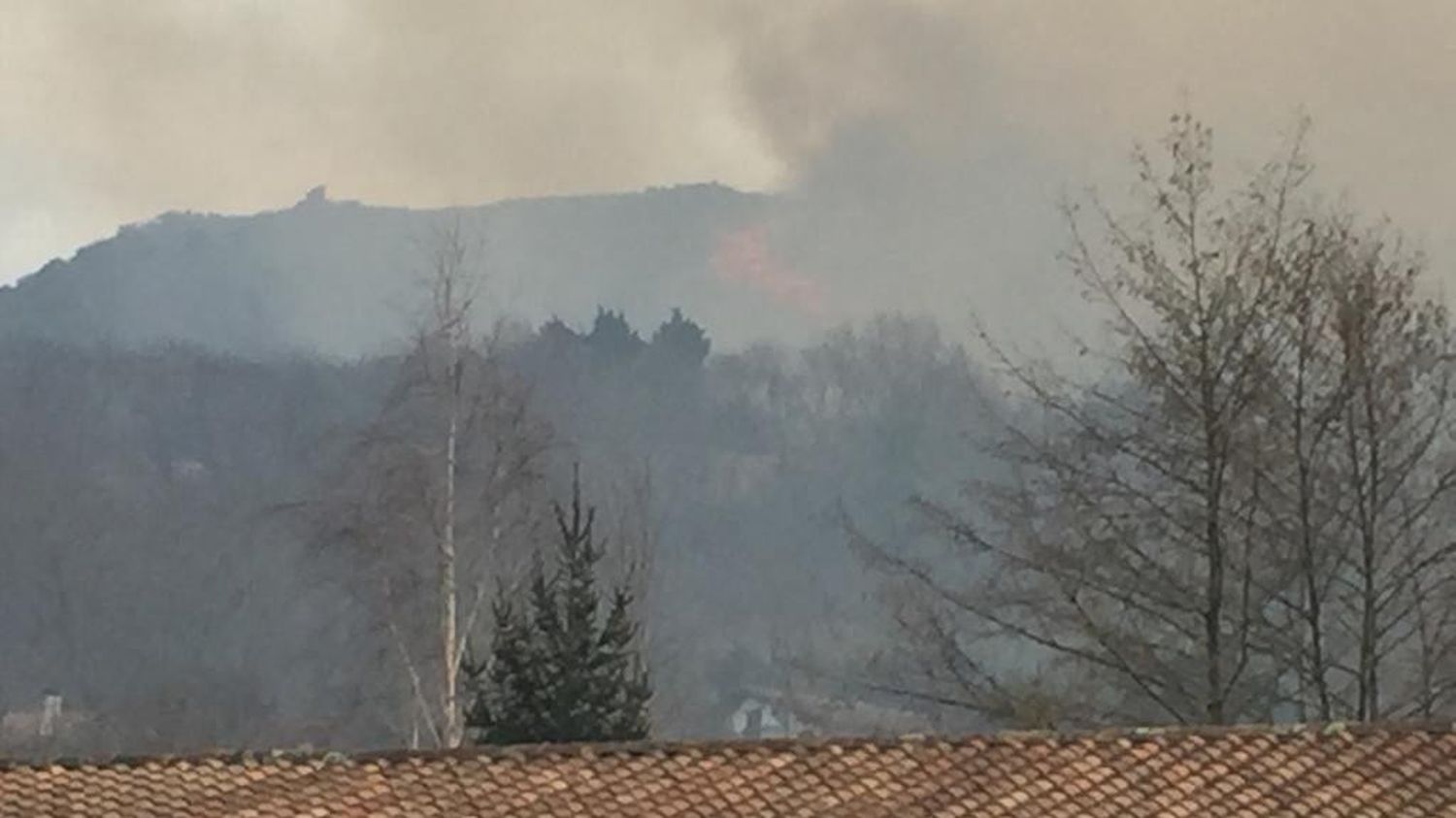 The fires have been affecting the Basque-Spanish border area since Saturday morning, February 20, according to France Bleu Pays Basque. There are two active fronts, in Ibardin and Ascain, in the Pyrénées-Atlantiques. This last front is controlled.

The Bayonne prosecutor’s office opened a judicial investigation into fire destruction. She was entrusted to the gendarmerie of Bayonne. The mayor of Ascain announces to France Bleu Pays Basque that he will file a complaint.

The sub-prefect of Bayonne, Philippe Le Moing-Surzur, talks about it “two outbreaks of a very different nature. A first, from Spain, which crossed the border at 10 am on Saturday morning and a second outbreak in Olhette and Ascain. The strong wind made us end up with countless small fires “.

No injuries were reported, but 73 hikers had to be evacuated around 2:30 p.m. A first group of 28 hikers was evacuated from La Rhune by a small train reactivated for the occasion. The second, a group of 45 people, was rescued from Ibardin Pass.

According to firefighters, the first outbreak began due to a poorly controlled burning in Bera, Navarra, later fed by gusts of wind recorded at 100 km / h on Saturday morning in Socoa (Pyrénées-Atlantiques) and about 200 km / h in the heights of Iraty (forest shared between Spain and France). The wind faded Saturday evening. “We are not sure that this burn-out is the cause of the fires, and especially that of the French side,” nuances the subprefect of Bayonne to France Bleu.

The wind caused the electric poles to fall. At the time of the event, at 2.30 pm, 5,000 households had no electricity in the department, two thirds of which were in the Basque Country. At 7 p.m., 700 homes were still without electricity. Pyrenees Atlantic firefighters received reinforcements from the Landes shortly before 8 p.m.