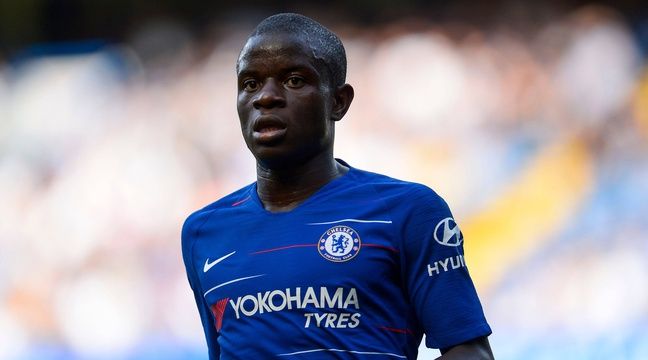 A few lines of the famous song could be flown to honor the French half-sister N 'Golla Kanta, following the latest leakage of Mediaparth on Football Leaks. According to many documents, the former Caen player refused to pay a fee his salary in Chelsea through a financial arrangement that allows Chelsea and the player to avoid paying taxes.

We try to sum it up simply (if you want a long version, we recommend it to our colleagues from Mediaparta): when moving from Leicester to Chelsea in the summer of 2016, Blues' leaders propose to Kant that a part of the 5 million euro of his salary "is paid in the form of image rights, from half a screen registered in Jersey, the famous tax paradise on the Canal Islands archipelago. "

Mediapart explains how Kant created an offshore company at the time, but finally signed a contract that would save almost a million euros per year to the club and player. It's so late that Chelsea starts to worry. We were in May 2017, nine months after his transfer, when Kant decided to announce to his leaders to reject the assembly. "After reading numerous media articles on image rights and tax investigations against players and clubs, Nolu Golo is increasingly concerned that the editing proposed to him by the tax authorities would be questioned. […] Nolo Golo decided […] he did not want to have a chance, "he wrote at the club, according to Football Leaks.

Despite insisting Chelsea, Kante does not release anything, so at the time he is deprived almost 2 million euros in connection with his image, he is embarrassed until the contract is signed. "Golo is inflexible: he just wants a normal paycheck," says his club advisor. Finally, some time later, a compromise was found, "Mediapart writes." Kant agrees to receive 20% of his salary in pictorial rights (which is twice as taxed), but across its British company, NK Sports, which will pay corporate tax in the United Kingdom "and, moreover, more through the offshore company, a company that still exists, without Kante or its escorts, explaining why and the additional fees to be paid?" The invoice will be distributed between the club and the player, "concludes Mediapart.

The end of the story in February 2018, almost 18 months after the transfer of the French international: the contract was signed and the prime minister's right to the picture of the canteen was finally thawed.