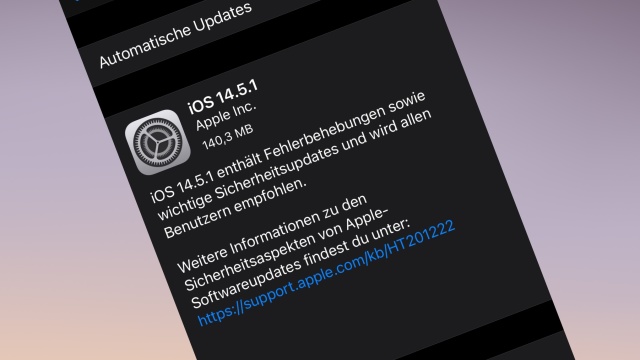 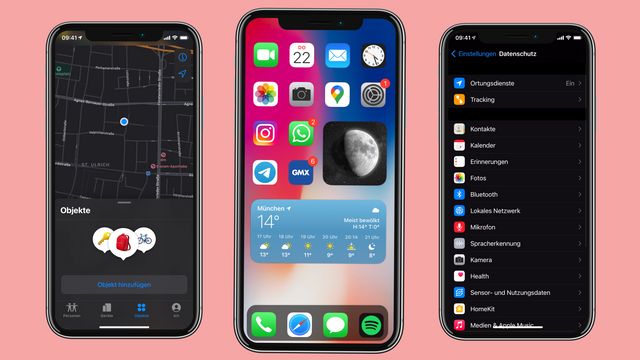 Apple has not only prepared a major update for current iPhones and iPads, but is also refurbishing older devices. IOS 14.5.1 and iOS 12.5.3 updates fix the security gaps that are already being used to attack. IPhone users should install updates soon to protect their devices.

That was fast. Apple just released iOS 14.5 with numerous innovations last week. We will present them in detail below. But right now the small iOS 14.5.1 update is more important because it fixes two critical security holes that are already being actively exploited. Therefore, users of iPhones and iPads should not wait too long to import them.

The explosiveness of the issue can also be verified by the fact that Apple is also introducing updates to iOS 12.5.3 for older devices. Therefore, if you are still using an iPhone 5s, iPhone 6, or iPad Air, you should also update these devices with the latest software.

Important: You can extract the full images of iOS 14.5.1 and iOS 12.5.3 (device links at the bottom of this post) or use the “Settings” and “General” section to access the menu item “Software Update”. . If you have enabled “Automatic Updates”, iOS 14.5.1 should appear in the next few days.

With iOS 14.5.1, Apple has also improved something new that sparked discussions about iOS 14.5. In the data protection settings, since iOS 14.5 there is a new area called “Tracking”, which prevents apps from accessing the ad ID. Users can block access (default setting) or allow applications to query. If a developer wants to track data and activities, they will need to ask the user for permission in the future, just as a photo app must ask for access to the camera.

It was only surprising that not a single app requested this permission and that for some users the tracking settings could not be changed. Now Apple also wants to fix these issues with the App Tracking Transparency Framework with the 140 MB upgrade to iOS 14.5.1.

Convenient with a mask: Unlock your iPhone with your Apple Watch

Masks and Face ID, that is, unlocking with facial recognition, do not go very well together. Then, you have to re-enter the PIN as in the good old days. A new iOS 14.5 feature makes it a little more comfortable, but only if you have an Apple Watch at the start, in addition to the iPhone. You can easily unlock your iPhone with this handset by waking up the Apple Watch.

The new option is in the “Face ID and Code” area and only works if a face mask is recognized. The Apple Watch must also be unlocked. When unlocked correctly, Apple’s smartwatch provides haptic feedback. What doesn’t work with the new feature, though, is the approval of purchases in the AppStore and Apple Pay is also left out. To confirm transactions, you need to enter a PIN if you want to pay with a face mask at the supermarket.

These iPhone models receive the update

The iOS 14.5 compatible device is based on the specifications of iOS 14. These devices get the update: