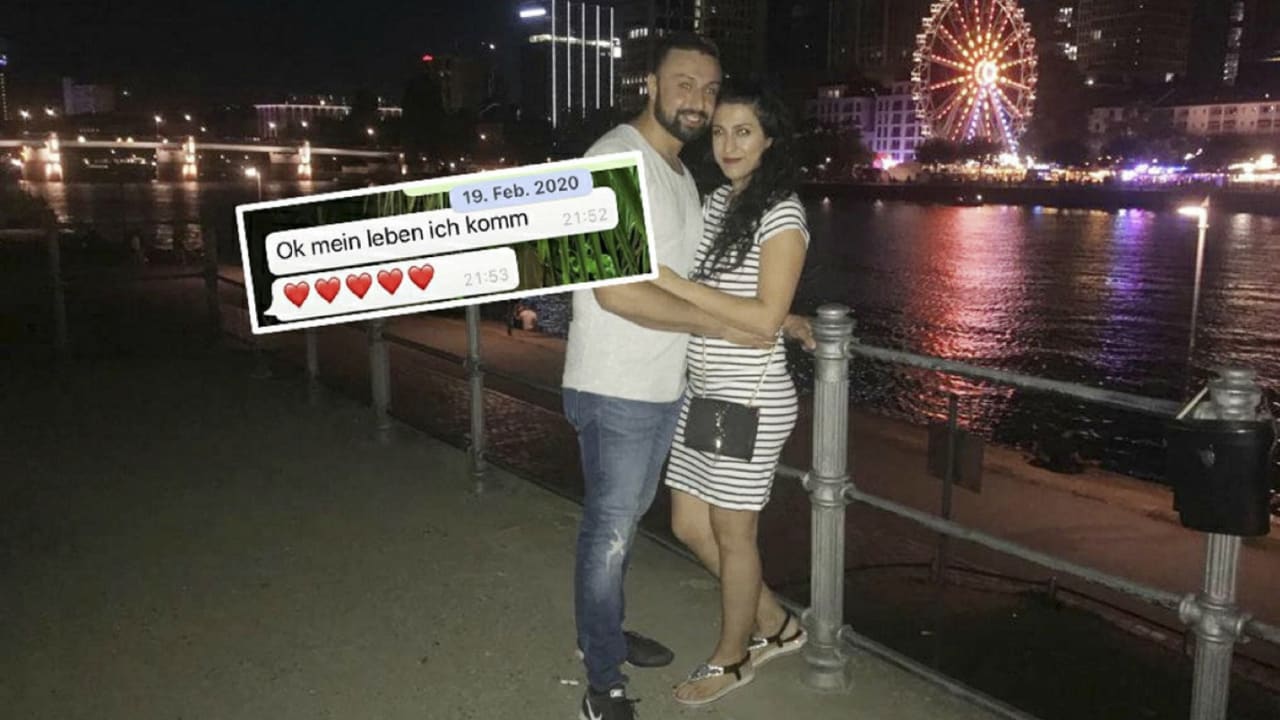 Hanau – They lost their loved one: pain unites them. And yet, behind each of the nine victims of the Hanau murder is a story of its own.

Exactly one year ago, the assassin Tobias Rathjen († 43) murdered nine people with foreign roots in Hanau, Hesse, and shot and killed his mother and himself.

His victims were torn from half his life; this is also shown by the shocking latest news that the relatives made available to BILD.

THE SAD WHATSAPPS OF HANAU!

Diana Sokoli (33) and Fatih Saracoglu († 34) have known each other since childhood. They later became a couple and moved from Regensburg (Bavaria) to Maintal. “It was the love of my life,” says the beautician. “We wanted to get married this year, have children. Fatih always wanted to have five children. “

Her life seemed perfect: until February 19, 2020. “That day I noticed that something was wrong,” Diana recalls.

A few minutes later, Fatih was killed: right-wing extremist Tobias Rathjen shot at Heumarkt. Diana had tried to call her fiancé, but it was no longer too late.

“I always felt like he was going, even when he wasn’t with me,” Diana says. “But unfortunately you can’t change the damn life.”

Today Cetin says: “My heart breaks. Then he thought of me too. I didn’t want him to forget the date, he always cared about others. “

To this day, Cetin finds it difficult to understand that his brother is dead. Months after his death, he continued to write messages to Gökhan: “When I returned the police mobile phone, I continued to write to him on WhatsApp. The doorbell rang next to me, but I wanted it. “

Day after day, Cetin wrote to his brother mainly in the morning and evening. From time to time I also sent him photos and videos.

Weeks and months passed. “I have stopped writing now,” Cetin says a year after the Hanau attack.