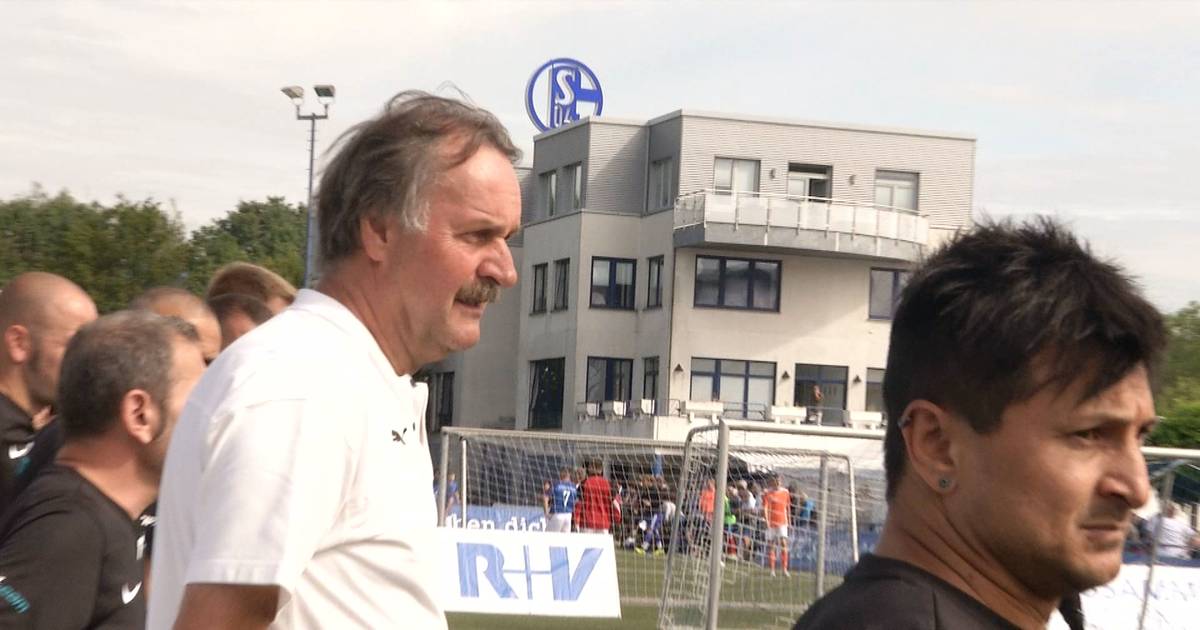 For Peter Neururer, Schalke’s big bang was no surprise.

“Interestingly, I already knew a few days ago that some people would be fired,” the 65-year-old, who coached S04 from April 1989 to November 1990, said in an interview. SPORT1. “I will not judge if the decisions are the right ones. I find it sad that I knew this action in advance. Something may not be right at the club and that clearly says something about the club’s weak leadership.”

The day after the 1: 5 at VfB Stuttgart and in the face of the almost inevitable relegation, FC Schalke had achieved drastic consequences for the staff. (The Bundesliga table)

Neururer would be ready to work at Schalke

It is still unclear who the new coach will be. The name Neururer is mentioned over and over again in fan circles.

And the SPORT1– The expert would be ready. “I’ve said a thousand times that I’ll help when Schalke needs me. Then I’ll definitely talk to the people involved. That’s not an issue for me, but I won’t influence any decision.”

Become the tipster of Germany! Register now for the SPORT1 prediction game

There are signs, says Neururer, “but there must be signs of the right people,” and it depends on “under what circumstances you would do it.”

Neururer makes it clear: “Conversations must be held, I don’t make any history of the Wild West.” And that’s Schalke’s main problem, says Neururer: “No one knows who has to make a decision.”

Neururer got angry: “Horrible and bad”

The departure of sporting director Schneider at the end of the season had been safe for a long time.

Peter Knäbel will now take on his area of ​​responsibility “until further notice”. Schalke’s team announced this in a press release on Sunday at lunchtime and confirmed the corresponding SPORT1-Information.

The Bundesliga stands out on Sunday from 9.30 am in the Pure Bundesliga on television on SPORT1

Neururer takes Schneider under protection. “It’s not his fault. Again: knowing three days before something like this goes off on Sunday morning is a sign of this club’s weakness,” he muttered.

The revolt of the players that has been speculated on is absurd for Neururer. “It’s horrible and bad for something like that to be made public when it was like that. It was a slap in the face. Against professional business, against Schalke, against everything.”

For him it is the “absolute minimum of Schalke”. And he adds: “Unfortunately, the descent is part of it, but Schalke has already been relegated three times, but now it’s the lowest point. That’s unimaginable.”

Neururer: “A little help is not possible”

Gross took over the Royal Blues from interim coach Huub Stevens on December 27th. After only two months, the Swiss man’s mission, which Schneider had brought to the pot, fell into failure.

Gross doesn’t want to label Neururer as the main culprit, because “other coaches haven’t scored a point with Schalke this season.” (Calendar and results of the Bundesliga)

What should happen now? For Neururer, one thing is certain: “You can’t help a little. No one at the club knows if a man like Peter Knäbel is good or bad. And if someone should help a little, then he’s the wrong person.”

Crown pandemic: the search for the cheapest and most common vaccine – DER SPIEGEL

“The Lord of the Forest” (ARD): A crime scene like the old days

New in Lidl: customers get a new payment option