Jesus of Nazareth: this is the most spoken photo behind the scenes of the filming News His masterpiece Jeffrey Franco "Jesús de Nazaret", which had been filming for four years in Morocco and Tunisia and was first screened in 1977, is considered by many to be the first carrier of the divine drama on television.

The man who made it Jesus, o Robert Powell It had several weaknesses, such as drinks and cigarettes. This is one of the few photos that have seen the light of advertising from behind the scenes. In that Robert Powell is tied to the cross and holds a glass of cognac and a cigarette to support the long twist …

O Robert Powell He later said in this scene: "When I was on the cross, it made a terrible cold. So, after falling and turning to the cross, they left me there and they gave me a blanket, slippers and had a cigarette. Basically, it made me so cold that I remember that I kept my cognac too. " 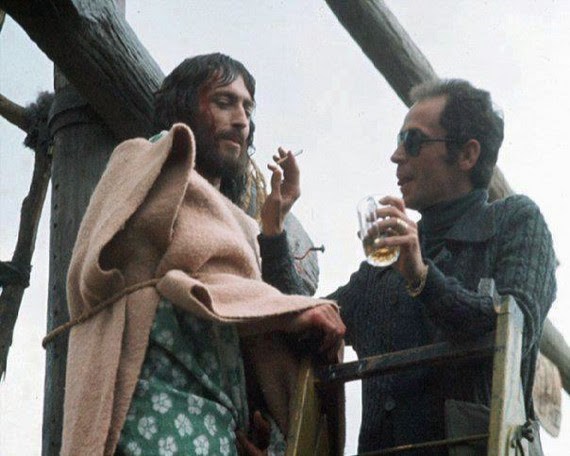