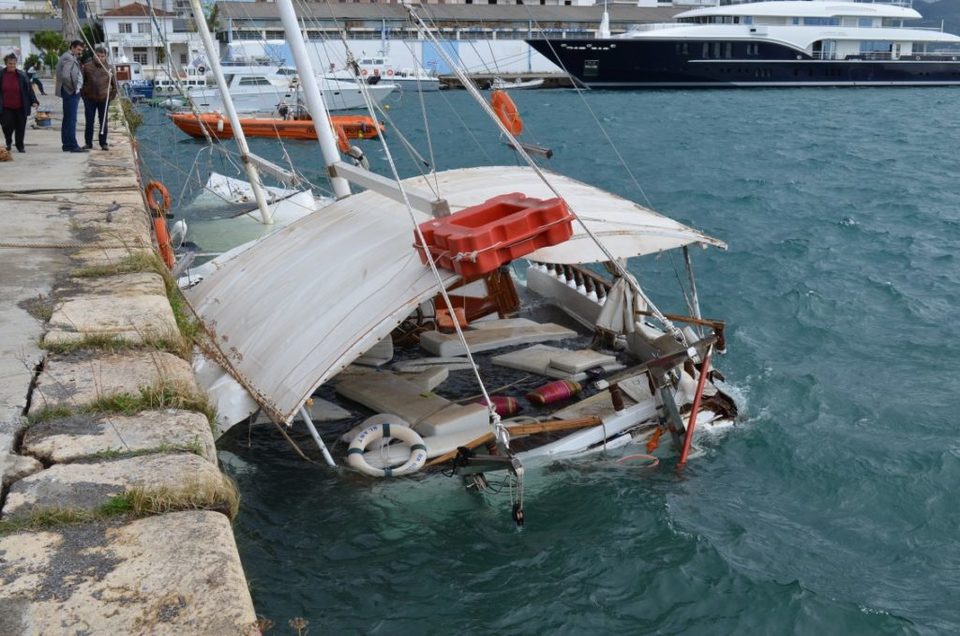 A 1.5 million-year-old Millionaire sailor flying to Morocco this morning, so it is currently semi-submerged in the port of Kalamata.

According to the Kalamata Harbor Administration, the boat began to set water in the early morning hours and half an hour or less, but it sank. The sailing boat, about 19 meters in length, was seized 1.5 years ago for the transport of migrants and has since been in the port.

Due to age, the vessel has had problems since then, and Luka has emptied the water that had been penetrating it at intervals, while they made patches to close some cracks they had.
This boat was damaged by the collapse of the Mediterranean Zorba cyclone, but today it seems that 6 to 7 beauforts that have fallen since early morning gave the last "hit" for their skiers. The fire experienced water and quickly began to sink.
A special large crane, which was on its way from Tripoli, was informed that its lifting would begin, which is estimated to last for several hours, because it is a very large ship, while the entire process will be charged to the municipal port of Kalamata, amounting to about 5,000 euros.

As the municipal port president, Sarandos Marinakis, has already carried out preparatory procedures in the past to remove a vessel from the port, but the bureaucracy was a chronic situation. 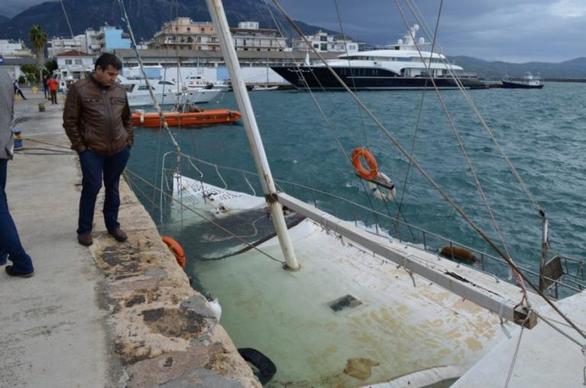 He points out that the procedure must shorten the cases of spillage, so that they do not fill the Port and do not represent the financial burden on the port facility, nor have the risk of sinking them with what it implies.

Last March, the Luxembourg Administration of Kalamata, Antonis Doumanis, wrote in a letter of warning about the release in the port of Kalamata, in writing asking the competent Patria customs and the Public material management department to directly remove 3 vessels, including what she sang today.

In his article, Limerarhis noted that their condition worsened and water "inside the logs and their machine room", and several times with the help of the Fire Brigade and the Kalamata Municipality, the water pump and a stronger anchorage are being pumped up.

Luckily, this ship timely took the necessary measures to protect it from pollution of the sea, and its fuel was removed. As told by Sarandos Marinakis, the boat weighed about 35 tons before measuring it, but now with water its weight exceeds 50 tons, which significantly increases the difficulties in the recovery process. First they will need special balloon balloons that are used in these cases to re-launch the boat, and then take a special crane.