Koronaios: It is difficult to equate the elimination of the blockade: the indicators that persist and the big bet

During the third and perhaps most critical of the previous two blockades, many areas of Greece have been in recent weeks, with the list growing over time.

However, after the removal of the first blockade, which lasted a few weeks and was accompanied by ignorance of the danger and the second blockade, which came quite late, this, the third blockade is the most critical of all. The reason is obvious: Citizens are fed up with opening and closing, the economy “bleeds” and scientists stress that it must be the last time a “padlock” enters the country.

The difference of this universal quarantine, compared to the previous ones, is that it was decided with caution. That is, to prevent the country from reaching the November figures and negative records of 3,000 cases a day, the infectious diseases committee suggested and the government adopted a universal closure in the areas that “most hurt”.

This is what makes the decision to stand up even more difficult, as both scientific staff and the government want to make sure that when the country comes out of the “taking” of restrictive measures, it will never look back. After all, this is why almost all scientists are asking for an extension of the blockade for at least a week, while at the same time it is no secret that Maximou is prepared for measures that will last even at the end. of March. It is recalled that the blockade in Attica – with the announcements so far – ends on 28 February.

This is another factor that makes it difficult and at the same time eliminates the decision to withdraw the blockade.

In fact, despite the two weeks of universal blockade in Attica, the cases do not seem to be diminishing. In place. Today all critical indicators have risen. Specifically, today EODY has announced 1,460 cases, 28 dead and 325 intubated. Half of them are in Attica another day. All this at a time when the pressure on the health system is becoming suffocating.

Probably these figures are the reason why I was asked about the case of another blockade when what is going on is completed, Vana Papaevangelou was clear. “We feel optimistic, without of course being able to say from now on that this is the last block. No one can say,” he said with character.

An increase in cases is expected

All this at a time when -although in recent days there has been a stabilization of cases-, the mathematical models of specialists “show” that next week we will increase infections.

Therefore, cases are expected to increase in the last week of closure, which usually ends on February 28th.

Therefore, based on the above, combined with the sharp increase in mutant cases, it will likely lead to an extension of the restrictive measures.

Specifically, the mutations seem to have “penetrated” into several communities in our country causing headaches to specialists.

The British mutation now threatens the country, with 269 of its members stationed in the territory and another 8 in South Africa.

It has been noted that out of 530 that were the mutated cases in the last relevant update, they have now been launched to 811 as 281 new cases were found. These cases were found in the period between January 7 and February 9, among 454 newly selected samples.

Scientists are calling for an extension of the blockade

The proponent of the extension of the closure is the professor of Environmental Engineering at the Aristotle University of Thessaloniki, Demosthenes Sarigiannis, who at every opportunity given to him clarifies that Attica should not be opened, as it is definitely there. there will be an increase in cases.

At the same time, he noted that there is a small escalation in Attica, that is, where the measures are more oriented. He clarified that if we relax in mid-May we will experience the peak of the third wave, which according to scientists will “impact” the country much stronger than the previous two. 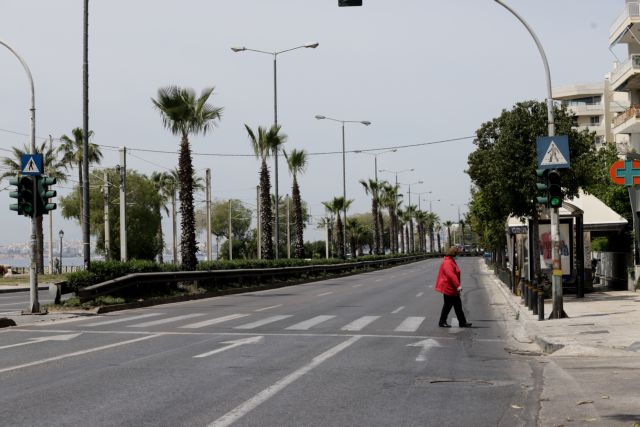 Nikos Thomaidis, Professor of Analytical Chemistry at the University of Athens, also spoke about the extension of the closure.

As he explained talking to SKAI, among other things, the analyzes until Wednesday show a stabilization at the high levels of the previous week, but noted that a further escalation was expected.

At the same time, infectious disease specialist and member of the National Vaccination Committee, Athanasios Skoutelis, claimed that the covid units were already drowning. 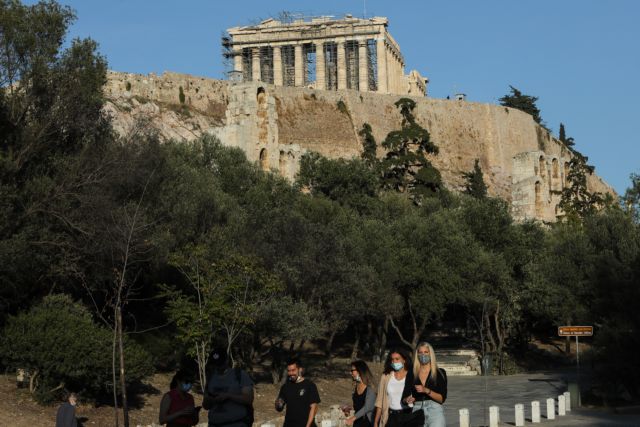 For his part, the professor of Microbiology, Alkiviadis Vatopoulos, not only spoke about the extent of the blockade, but also spoke about the updating of the measures, while stressing that the expected reduction has not occurred. of coronavirus cases.

So, according to Mr. Vatopoulos, things are relatively difficult.

“One issue is the British variant of coronavirus that slightly changes the rules of the game in the sense that it is a bit more contagious and appears to be proportional to children,” he told ERT.

“This will force us to slightly update the measures,” the professor said, referring to today’s committee meeting at 6 p.m.

Regarding the end of the closure and opening of the schools, Mr. Vatopoulos clarified that he cannot say anything on this subject.

The committee of specialists in infectious diseases again addressed the strong recommendations for a universal and correct use of the mask.

Proper use of the mask and the use of a double mask could significantly reduce the risk of exposure to the new coronavirus, according to medical studies in general.

The researchers found that wearing only a mask, either surgical or cloth, blocked more than 40% of the drops that came from the breath of an uncovered person.

But if you wear a double mask, a tissue during surgery removes about 80% of the drops.

The use of the double mask, where congestion is observed, such as means of transport and supermarkets, seems to be gaining ground every day.

There are many who already wear a double mask for added security.