Spoiler for Survivor 4: “I fell into a trap,” says Kallidis – Katia crouched down to leave 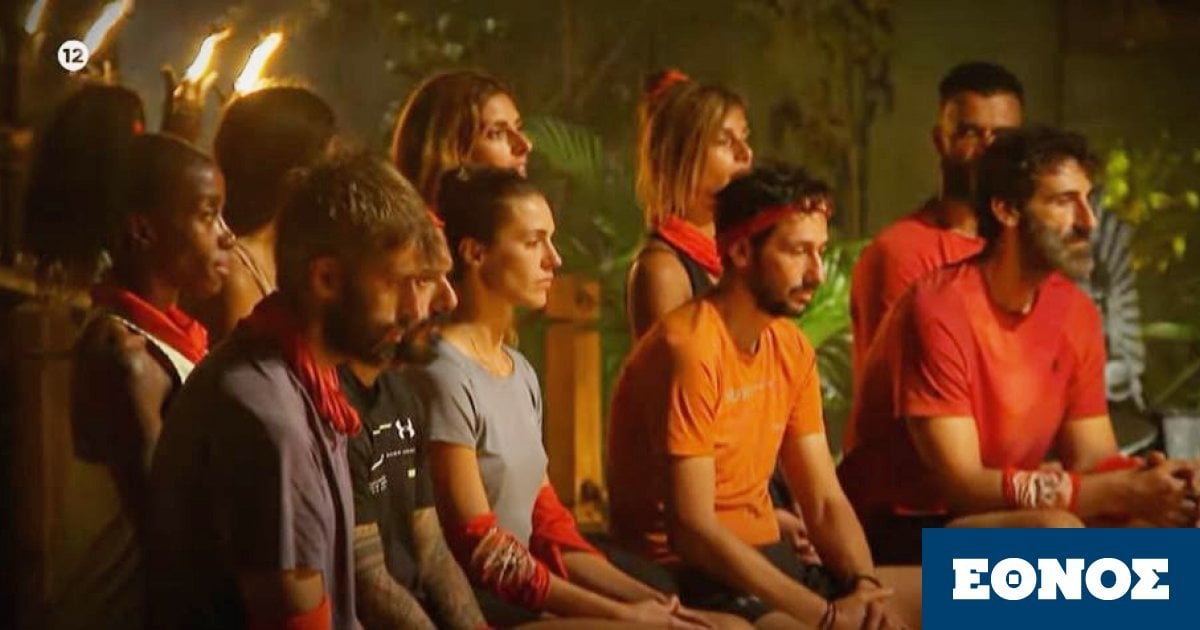 Another difficult Wednesday night (13/1) for the “celebrities” of “Survive 4»Who, after a series of games lost on the battlefield, will be forced to leave one of his players. EL Anthi Salagoudi is the third candidate to withdrawal with Panos Kallidis i George Kopsida to complete the first three players, who are in danger of not returning to the beach tonight from the reality of survival.

Moods are tense on the “celebrity” team, with Katia Tarabanco in sight of almost the entire beach. EL Eleftheria Eleftheriou and Panos Kallidis accused her of stealing food, while Pericles Kondylatos was fierce against her. Hunger and misery have crushed the players of the famous team who only bring defeats to the battlefield. “Survive 4»Something the spoilers say will happen tonight, with the prize being communication with loved ones in Greece.

Panos Kallidis: “I fell into a trap for those who have been to reality shows before and know it”

“A very familiar phase in my life. I fall into a trap. This time I fell into a trap of players who have returned to play in reality. I felt bad,” said Panos Kallidis, who revealed that he saw how Tarabanco ate in secret. The model is “accused” of not promoting her with her actions and behaviors teamwork, although she is the player who has contributed the most victories to the “Famous” team. The singer is also suggested before he attacked Rose, because she voted for him and did not support him as a colleague.

The proof of the communication award will be very difficult and the “celebrities” are already overwhelmed by the disputes. One solution to eating the “celebrities” would be to transfer players from the “Fighters” team, as has happened in reality in the past?

Angeliki Lambri: I won a friend Pericles at Survivor

In Joanna Maleskou’s show “LoveIt”, an exclusive report was shown with the statements of Angeliki Lambri after her release of “Survivor 4”, a release that divided the “celebrities” and brought the first clouds on the beach. “It didn’t bother me or cry at all. I lost 4-5 pounds. Pericles and I bonded a lot, he is my friend from Survivor. He is the person I will spend time with later. I wish you win and get the prize. And I related to Anna-Maria, even though I stayed in the game for a while. Katia is a man who was isolated. “When she voted for me, I made fun of her, Judas, and so on.”

Regarding the strategy, he said that when Katia apologized he said, “I’m sorry, but I’m moving strategically.” Regarding the fight with Kopsida over rice, he said: “We were very hungry, it wasn’t for two spoons. We can’t all be together on the beach and go out to the town hall and say something different than what is valid … George, who is a candidate, is doing something wrong on the beach. “In difficult circumstances it’s good to share everything and not look at yourself,” Angeliki said brilliantly for her involvement in “Survive 4».

However, as for Kopsidas, both Elizabeth Eleci and Alexis Pappas i can’t figure out which one logic is suggested to leave a strong player that the team needs it to win food prizes. The “Fighters” team, however, liked the way the “celebrities” vote, and in fact a photo of the island council shows its surprise when it saw Katia Tarabanko vote withdrawal.