A 66-year-old Canadian woman was sleeping in her bed when she woke up hearing her dog bark. Seconds later he heard a deafening noise. “explosion”And he got up to turn on the lights. A moment later, a large piece of rock weighing 1 kg penetrated the roof and landed on the pillow, where the head was a few seconds earlier.

He immediately called authorities, who initially believed it was a piece of rock from a nearby construction site that was carrying out controlled explosions. However, no work was done that night and it was quickly established that it was a meteorite that had been recorded by residents and workers in the area. The “explosion” that was heard was the disintegration of the meteorite as it entered the atmosphere. 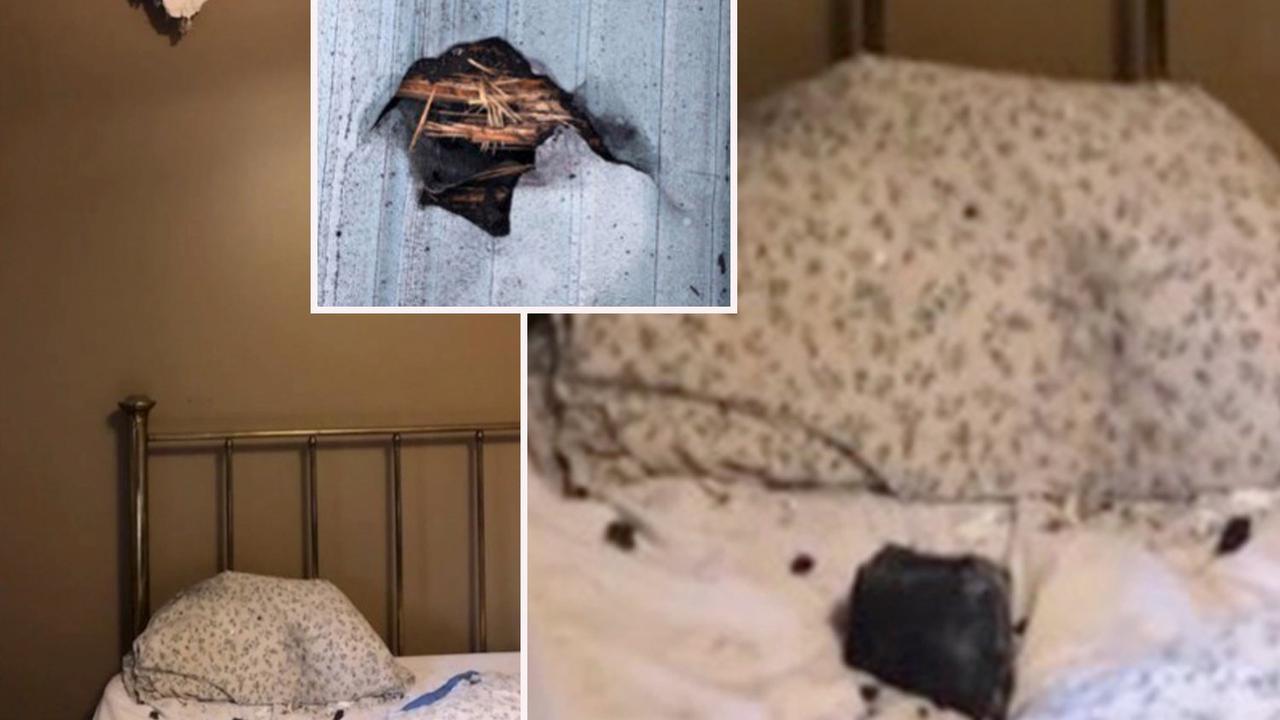 I have had no more fear in my life. I wasn’t sure what to do and I called 911 and while talking to the operator I turned the pillow and saw the rock. I trembled like a leaf. You think you sleep safely in your bed and a meteorite can kill you.