Tsavousoglou’s threats in the presence of Maa: if Greece does what it wants, we will do what we have to do 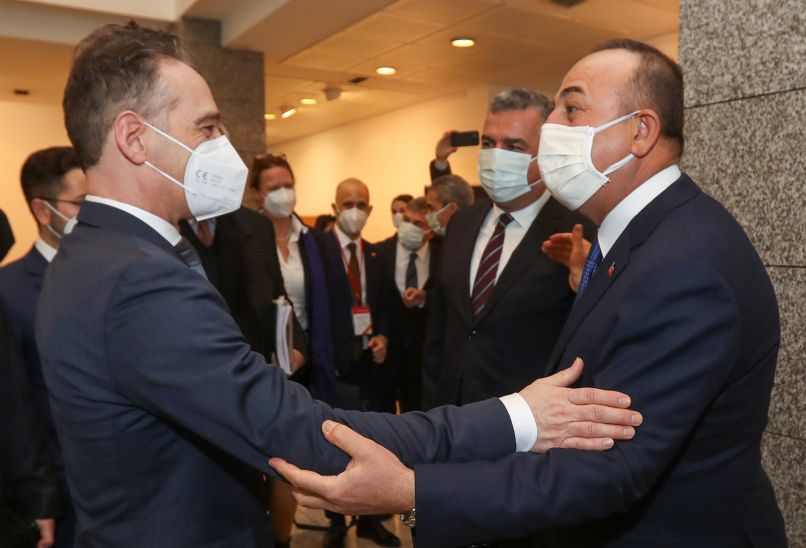 New provocative statements were made by Turkish Foreign Minister Mevlüt Çavuşoλουlu at a joint press conference with his German counterpart Haiko Maas.

“Unfortunately, Greece continues its provocations, takes measures that violate the demilitarization regime of the islands, conducts military exercises constantly,” NAVTEX announces without doing anything about it. We also saw the statements of the archbishop. We know the purpose of these movements. “They want to provoke Turkey, take similar measures and they will say to Europe, ‘Look, Turkey continues its negative steps’ and will call for sanctions.” Tsavousoglou characteristically stated, according to SKAI correspondent in Istanbul Manolis Kostidis.

“We are not a country that is afraid of sanctions. We are not afraid of sanctions from Europe or the US. If we had been afraid of not having done what we have done so far: if some people want to destroy all relationships, I hope that Greece will stop making these provocations, that common sense will prevail and that our meetings will bring results. It is not a useful approach because between Greece and Turkey so far there are many problems that cause tensions. with the Aegean, territorial waters, sea-related airspace issues such as the field of maritime jurisdiction He said it is not right for them to choose a topic and state that we are making exploratory contacts.

For his part, German Foreign Minister Haiko Maas said: “It is now important that we have left behind the difficult discussions of last year and we are very happy with your willingness to start exploratory contacts this week. past and I not only speak as German Foreign Minister but also on behalf of many of my EU counterparts. “

Prior to his visit to Turkey, Haikos Maas stressed that “this game of fire should not be repeated.” Turkey’s NATO partner has a clear obligation to resolve even difficult conflicts through negotiations, accordingly with international law and not to endanger peace in the region. “