BrandContent: Human intelligence can also be cultivated in humanity 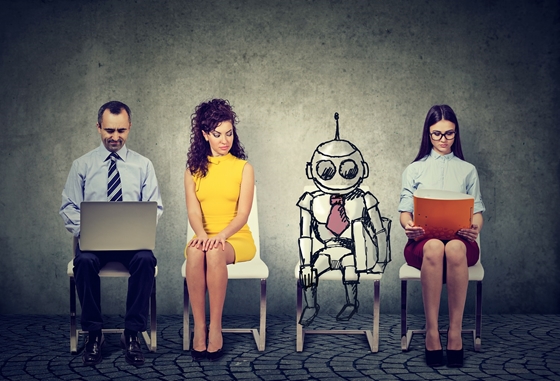 Who would have thought 25 years ago that in 2018 we will test self-propelled cars, the drones will return the ordered goods and chat with pizzas in chat? Artificial intelligence of the world conquers a world with a big impetus, the work that carries out significant machines – which is only supervised and controlled – is much more pleasant, and the term "robotization" has now gained a positive meaning.

Microsoft Hungary celebrated the 25th birthday celebration with the Future Decoded Conference, where they presented the capabilities and results of artificial intelligence (MI) with their partners. Medium-sized, large corporations and administrative users of the technical company could listen to three developments in MI business, the financial sector and the future of the world of work.

Gabriella Babel, executive director of Microsoft in Hungary, says artificial intelligence is at the heart of a new era, as it builds on itself on the mass of data that is fed by machine learning. Microsoft's 570,000 development engineers from nearly 60 countries are improving and recognizing cognitive services for MI applications to better understand, understand, understand, and interpret the needs of human users. It is also for professionals to make this process ethical.

Zsuzsanna Matrai, Microsoft's director of government relations, also said that if it is used well, artificial intelligence will be much more human and human civilization because it actually contributes to the development of human abilities and creativity. That's why it's called human intelligence. He went on to say that the main issue today is not what computers have, but how to use almost unlimited possibilities for humanity. MI will not only change the economy and the technology industry, but also the entire society. Cooperation between the state, the private sector, educators and researchers is essential for the creation of ethical artificial intelligence.

We have the opportunity to form MI in our image, and it will be like showing samples to him as we lift it. This should not be accidental, "said Matrai Zsuzsanna.

What certainly has not done artificial intelligence, "said Viktor Dudas, an expert of Microsoft Hungari Data and AI from the special area MI for machine vision, for example, a very simple program for identifying objects for the dog's and cats's cloud-based computing platform. The fact that while in a small child the neural network is formed for 3 years, the model is ready for 15 seconds after the button is pressed, which makes it easier to distinguish between two animal species and the number of objects also does not recognize it. clouded cloud in Microsoft Azure, for which the company emphasizes a great accent.

What he does is very good, because according to Forbes, by 2020, 83 percent of business processes will be in the cloud. This trend has been confirmed by Praktiker's marketing manager. Szilvia Burka said that this year the entire corporate DII chain management system will be shifted into the cloud. But there are still business managers who do not believe completely in the clouds. This may change some banks to make a change. For them, economic sector actors are considered references, and that is what financial institutions introduce, but decision-makers of other companies are also more open. These steps have already taken place in Hungary: Istvan Patonai, Head of Technology at K & H Bank, said that digitization was thrown out of the IT framework. This does not only mean that the mail system will be based on the cloud, but it will affect all areas of work, not just as a cost reduction in order to get office programs and data congested. According to experts, the labor market also expects banks to receive mail and resources from anywhere, anywhere, to work. One of the following artificial intelligence gains can be voice-based banking, where securing a secure identification is one of the key issues. Asked if we could meet them in Hungary, Istvan Patonai answered that our biggest advantage is our biggest drawback, which is Hungarian because it is one of the most difficult progressive, understandable and portable languages. Looking at the current voice-based development, it is likely that in Hungarian it will only be included in long-term goals.