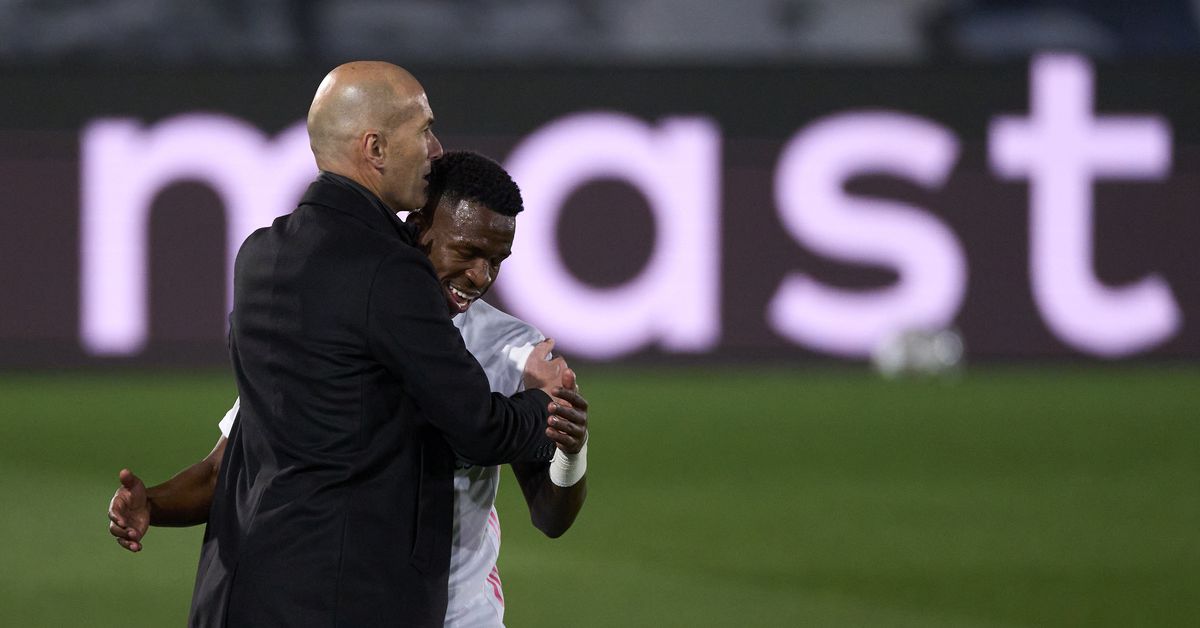 Zinedine Zidane was obviously delighted with Real Madrid’s 3-1 win over Liverpool on Tuesday night, even if the coach warned the tie is far from over. Reflecting on the victory in his conversation with the media after the match, he said: “I feel good. There is a mixture of everything. We had a great game, although we had some difficulty at the beginning of the second half. I am proud of everyone. But there is a second stage. We have to be happy and satisfied, but there is a second stage “.

Coach also revealed that the late loss of Raphaël Varane did not affect the team too much tactically, stating that the plan all the time was to use a 4-3-3. He said: “We didn’t change anything, we just changed Éder Militão for Raphael. The plan was to play 4-3-3 with Raphael. We knew there was something there [with the long passes forward] We know that their sides are attacking, so with the quality we have with Toni Kroos and Vinícius we got a fantastic first goal ”.

There was more praise for Vinicius, with Zidane saying: “I am happy because I needed to score, just like Marco Asensio or Karim Benzema. He is playing well. When a player scores a goal, he has extra energy.

Finally, Zidane was asked about Saturday’s Classic, but he’s not thinking about that game yet. He said: “We have to enjoy this game today and then watch it tomorrow. Although not even tomorrow. We are calm. The match is on Saturday. We just have to recover well. “