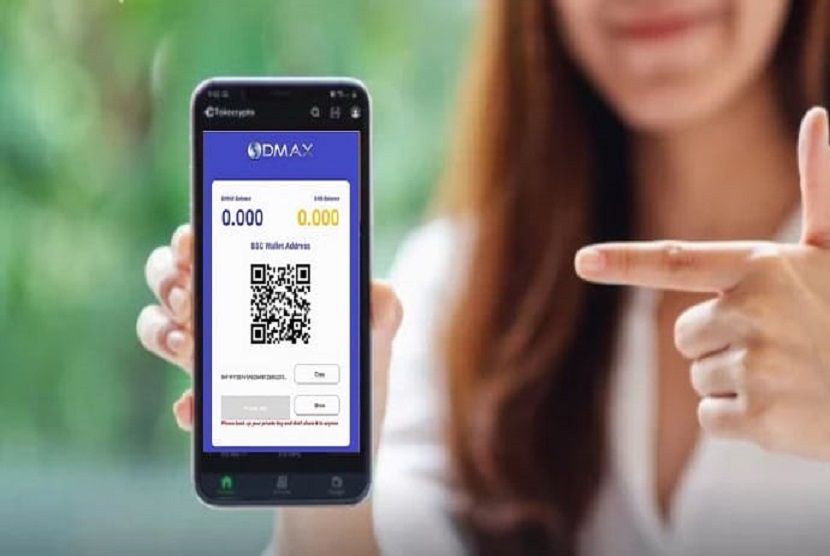 Forex is currently traded on a network of traders, banks, brokers and market makers. It is this international trade that helps make forex the largest active market and is traded 24 hours a day, with different trading sessions, opening and closing simultaneously around the world.

However, there are several problems faced by market participants, such as long liquidation periods due to intermediaries, large transaction fees and various risks arising from volatility, leverage, liquidity and even and all counterparty risk.

Dmax Defo is present as a form of blockchain technology that can eliminate the above issues. Dmax Defo revolutionizes financial services by eliminating the need for intermediaries.

“Let’s say that a traditional transaction, as if I want to go to Europe, I will exchange 50 euros. Either I have to buy Swiss francs, or I want a securities transaction based on euros or British pounds, because I want to exchange them on their national stock exchange, ”Lea explained.

“Between me and the transaction are the so-called currency operators, currency operators who cut me every time I buy and sell. This is where DeFo can take us, to an instant payment system. Go and make transactions again, or even trading francs in Switzerland 50 times a day, no commissions. This is my mission in life, to help them make instant Forex transactions using Dmax DeFo. ” said Leah.

Dmax DeFo uses blockchain technology that eliminates the presence of intermediaries when making foreign exchange transactions. There is no actor in the middle that makes running activities faster, cheaper, more efficient and safer.

Lea explained that the decentralized financial system basically allows buyers, lenders and borrowers. Among other things, they can interact with each other without getting involved with intermediaries such as banks, companies and institutions.

Dmax DeFo is based on the BINANCE SMART CHAIN, the world’s number one encryption platform. Smart contract users operate independently for contract and transaction facilities.