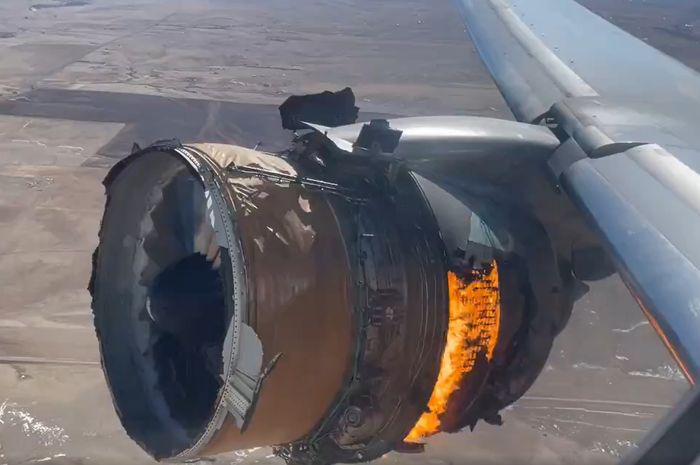 From the video, the screenshot shows the aircraft engine in flames

GridHype.ID – The American aircraft manufacturer Boeing suspended all Model 777 aircraft with the same type of engine.

This is because a plane with a 777 model has experienced a failure and dropped rubble over Denver, Colorado, last Saturday.

Launching from BBC.com, up to 128 aircraft must be suspended until an inspection is carried out.

United Airlines and two of the major Japanese operators have stopped using 56 aircraft of the same engine.

Read also: After more than a month, the KNKT finally revealed the last communication with the pilot Sriwijaya SJ-182 before falling

There were no fatalities, Flight 328 with 231 passengers was forced to make an emergency landing at Denver Airport.

“While (one) investigation is ongoing, it is recommended to suspend the operations of 69 aircraft in service and 59 in the 777 storage model with Pratt & Whitney 4000-112 engines,” the company said in a statement.

Pratt & Whitney said it had sent a team to work with researchers.

Read also: it is suspected that the Sriwijaya Air SJ 182 plane had broken in the air, NTSC reveals the opposite: this is not true